Why Education is an Increasing Australian Export to Latin America

As the world becomes increasingly globalized and education becomes more accessible, it is not uncommon for university students to travel abroad to pursue their studies. The total number of students studying abroad these days recently reached nearly 7 million, with the majority traveling from the US, UK, Australia, and China. With students from all around the world coming and going, there seems to be one popular destination for everyone: Australia.

Australia has one of the largest education export industries in the world. Currently, the country is experiencing an increase in students coming from Latin America. Opportunities to increase accessibility for this market and collaborate with Latin American countries are presenting themselves on a daily basis for Australia. Investors and businesses, both in education and shoot-off industries, can benefit from serving the Latin American market.

Education is currently Australia’s largest service sector and third largest export commodity overall. Exports in this industry totaled a staggering AU$28 billion in 2017, and could increase to as much as AU$35 billion by 2025. To match this hopeful target is the goal to increase international student enrollment in Australia to 940,000 per year by 2025. Given the country has seen an average annual growth rate of 6.5% in the industry, meeting this goal should be within reach. 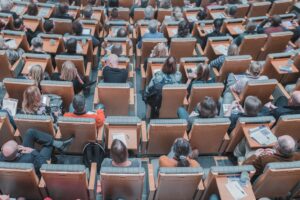 Australian universities attract students from all around the world.

Providing these education services is a team of 43 different universities in the country. 40 of the universities are public, one is private speciality, and the remaining two are private universities.

Although China and India are the leading consumers of Australia’s education sectors. Recent influxes of students from Latin America are also making waves in the market. Overall, Latin American representation at Australian university commencement increased from 9% in 2015 to over 11% in 2017. Generally, Latin countries are increasingly well-represented in the Australian education sector. This market is growing so rapidly across many different Latin American countries that four out of the top ten fastest growing source markets for Australian education exports are from South America. Making the list is Argentina, Brazil, Chile, and Colombia.

Most notably, students from Brazil and Colombia are the most well-represented in the country. They are the only two countries in Australia’s top ten education export locations that aren’t located in Asia. Ultimately, fast and recent growth in representation from these countries has demanded national and international attention. In the 2016-2017 school year, Brazil’s overall enrollment in Australian universities grew 24.4% and Colombia’s grew 26.5%. Moreover, in the past five years, total enrollment for both countries nearly doubled, reaching over 70,000 students.

Why Latin America to Australia? 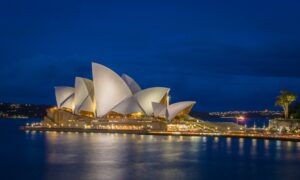 Australia’s laid-back lifestyle, coupled with the schooling and work options it offers, makes it a compelling study abroad destination for Latin American students.

Having a high number of university students from Asia in Australia makes geographical sense. So why the sudden increase in Latin American students? Researchers found that generally, Latin American countries value the high reputation and quality of the higher education institutions in Australia. Moreover, the country offers a range of options for students to study and work at the same time. For students looking to put their English into practice, this is a very appealing offer.

Additionally, Australia has a reputation for being a very safe country with a laid-back lifestyle. Conversely, other countries exporting education, like the US and the UK, tend to have stricter guidelines and work/educational expectations. Typically, this stark change in culture compared to Latin culture deters students from studying at universities in other countries.

Australia´s government recognizes this growing niche and is looking to expand upon it and service it. The Council on Australia Latin America Relations (COALAR) is a specialized government organization that is dedicated to improving the business, education, social, and political relations between the two regions.

COALAR is currently developing partnerships between Australia and Latin America which foster research and integration programs for education trading. Moreover, the organization is pushing for further funding for Australia’s higher education programs to maintain their appeal to foreign markets.

In addition to COALAR, Australia has a handful of national and regional government agreements with Latin America. On the national level, the Department of Education and Training has different memoranda of understanding (MoUs) with Argentina, Brazil, Chile, Colombia, Mexico, Paraguay, and Peru. Moreover, the Department of Industry, Innovation, and Science has treaties with Brazil and Mexico to develop these sectors within the countries involved.

Finally, the Council for International Education developed and is implementing the ‘National Strategy for International Education 2025. This plan aims to improve upon and innovate Australia’s education sector. Moreover, it serves as a means to network and foster relationships with countries abroad to encourage education import and export agreements. Through these plans, Australia hopes to increase the number of Latin American students its universities see every year.

Latin America benefits in a handful of ways by importing education from Australia. Firstly, students get the chance to study and work in a country that does speak their native language. As more countries look to do business with Latin American countries, highly developed English skills is an extremely desirable asset in the Latin American job market. Moreover, by studying abroad, students are networking and contacting business people from all over the world.

Business opportunities can be born out of experiences like studying abroad. Finally, studying abroad significantly contributes to a person’s human capital. No matter where they are from, having experience abroad positions candidates to be successful. Additionally, these refined skills make the job market more and more competitive. This in turn increases the quality of work companies and entire countries put out. Ultimately, through education ties with Australia, Latin America in general becomes a more competitive and attractive market for business and the job market.

Ready to get started?

The number of opportunities and agreements between Australia and Latin America are plentiful. However, it can be difficult for foreign businesses and investors to enter new markets. Education-related businesses can benefit from having a partner that understands different company formation regulations, as well as financial and legal compliance requirements.

Reach out to Biz Latin Hub with questions or for more information on how you can get in on this lucrative business. Contact us here.