Latin America has not traditionally been Australians commercial jurisdiction of choice, with regions such as Asia and Europe taking precedence. However, times are changing, and it seems that there has been a shift in commercial interest towards the large, diverse and often unexploited markets of Latin America.

Australians have always had a fascination with the Latin American culture, food, language, landscape and history. This has slowly converted into a commercial interest in recent times, an exciting prospect for both Latin Americans and Australians alike.

This article will look at the historical development of Australian-Latin America business ties, and analyse the ways that these have grown in recent years, focusing on the key trade relationships and impressive figures that have characterised the links between the two regions. 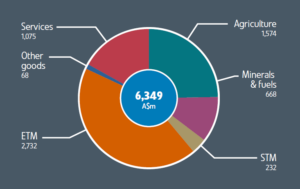 A fascinating book written by historians Barry Carr and John Minns in 2014, entitled “Australia and Latin America: Challenges and Opportunities in the New Millennium”, that speaks about the the historical changes and potential business opportunities between the two regions, opens with the following quote “It is almost as if Latin America has been rediscovered by Australia nearly 200 years after most of the region’s countries declared independence from Spain.“ It is a damningly accurate analysis of the traditional negligence shown by Australia towards a region that has been growing steadily in terms of marketability and ease of investment since the regional fall of dictatorships that occurred in the 70s and 80s. From this point forth, Carr and Minns point to the emergence of a more open and welcoming attitude to foreign investment and international conversation.

Given the geographical distance between the two regions, and the preference on behalf of Australia to the more local Asian economies, Carr and Minns show the stagnant relationship that existed until the turn of the 21st century.

However, the book stresses that in more recent history, there has been a considerable u-turn in outlook between Australia and Latin America with a “booming” investment grid being formed over the last two decades, stating that it will continue to grow and grow. According to Carr and Minns, exports and imports between Australia and Latin America doubled in the period of 2004-2010, with figures for exports reaching an eye-watering US$2,576 billion. Furthermore, the website International Affairs predicts that due to the growing middle class in Latin America, and the remarkable natural resources at hand, minor improvements in relations between the regions would reap significant rewards for Australia; even if it never does become the principal trading partner for Latin American countries.

It appears that Carr and Minns’ predictions were spot on. In 2018, agreements for the Trans-Pacific Partnership (TPP-11), a new trade deal between 11 countries, including Australia, Chile, Peru and Mexico was drafted and signed. This new trade agreement will eliminate 98% of trade tariffs, and foster commercial activity, in a region with a collective GDP of $13.7 trillion. As well as the TPP-11, Australia has secured additional trade deals with Peru in the Peru-Australia Free Trade Agreement (PAFTA). There are currently 90 Australian corporations working in Peru, many drawn to the fantastic mining opportunities available in the country, providing innovation and assistance to local communities, whilst also drawing a healthy profit themselves!

In terms of sheer numbers, Brazil remains Australia’s largest and most dominant partner. Australian imports in 2017 from Brazil were valued at A$904 million, whilst exports valued at A$1.898 million. There are over 100 Australian companies, a quarter of which feature on the ASX200, in Latin America’s largest nation, including giants such as BHP. Trade relations between these two countries were significantly boosted after yet another strategic partnership was signed in 2012.

What Opportunities are there for Investment: A Mexican case study 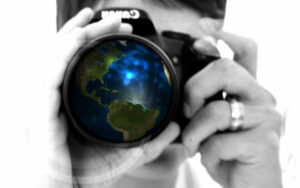 Mexico is a safe and attractive option for investors

The firmly positive trajectory of Latin America as an economic region is perhaps best exhibited by Mexico. The North American country, which is the 14th largest country in the world, is carving out a reputation for being a leader in a variety of sectors including fin-tech, automotive production and energy to name but a few, and has been added to the list of future superpowers. It is estimated that by 2050, Mexico will be the 7th largest global economy. Currently experiencing unprecedentedly low unemployment and boasting an increasingly well-qualified and educated workforce, Mexico is a safe and attractive option for investors looking to nestle into some of the worlds most influential industries. The impressive economic development of Mexico has been recognised by Australian investors, with national investment into Mexico growing from $200 million in 2010 to almost AUD6 billion today.

CEO and Co-Founder of Biz Latin Hub, and former Australian Army Office, Mr Craig Dempsey sees a bright future for Australian companies and individuals in their quest to experience commercial success in Latin America “Our enthusiasm to support Australian investment in the region continues to grow. The diverse range of business opportunities and increasing interest in the region is exciting for both Australia and LATAM”.

This example of Mexico serves to demonstrate the increase in opportunity across the continent and is by no means exhaustive. Similar trends of growth and commercial improvement can be seen in Peru, Colombia, Chile, Argentina and many other nations.

Do you have a Commercial Interest in Latin America?

If this article has sparked your interest as an investor, inspiring you to consider embarking on a commercial adventure in this economically-diverse region, Biz Latin Hub is the perfect partner to assist you. We have a proven track record of helping new companies to integrate themselves into these exciting, but the occasionally complicated markets, assisting with a variety of tailored market entry and back-office services.

If you have any queries regarding Latin American business opportunities, don’t hesitate to contact our CEO, (who just happens to be an Australian national), Mr Craig Dempsey at [email protected].

Need legal / immigration support? Watch the video below to see how we can support you.