The love for coffee is felt worldwide. Its journey from crop-to-cup captures consumers, and increasingly, the coffee consumption process includes an appreciation of its history.

New Zealand straddles two coffee-loving divides. The nation’s instant coffee-drinkers still make up the majority of consumer preference. However, urban communities are increasingly reaching out for diversified and ethically-focussed refills. 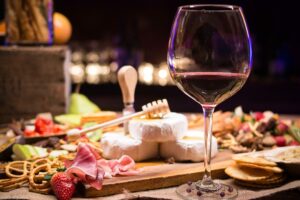 Food and beverages make up nearly half of New Zealand’s merchandise exports.

New Zealand has a strong domestic and export economy for food and beverages. In fact, food and beverages make up nearly half of the country’s merchandise exports. Food production is a world-renowned strength of the island nation.

As a small nation, New Zealand’s ‘quality over quantity’ ethos generates high-end goods and services that are experiencing increasing demand, both domestically and overseas. That’s not to overlook its impressive export volumes; it’s the largest exporter of lamb in the world. Furthermore, the country is also a major exporter of beef, kiwifruit, apples and seafood.

Locally, food and beverages are a cornerstone of New Zealand’s tourism, entertainment and hospitality sectors. Its 100 biggest food and beverage companies collectively brought in NZ$51.5 billion in revenue in 2014. The food and beverages sector receives increasing attention and investment year-on-year, encouraging continued development, growth, and high-value products. One such product that holds a special place in New Zealanders’ hearts is coffee.

Without the climate to grow coffee locally, the food-producing powerhouse suffers from an agricultural Achilles Heel. With a caffeine-frenzied domestic market, New Zealand has little choice but to find and secure supplies from overseas coffee producers.

New Zealand manages a dichotomy between the ‘no frills’ instant coffee drinkers and urban coffee couture. The self-proclaimed invention of the world-famous Flat White helps to illustrate this. Though Robusta seems to be the flavour of choice for Kiwis currently, a larger crowd is gathering for its Arabica substitute.

As such, opportunity exists in New Zealand for both Robusta and Arabica coffee for Latin American exporters. 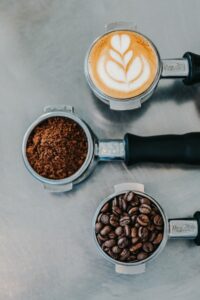 New Zealand is ranked the thirteenth highest consumer of coffee in the world. That’s impressive for a nation of only 4.7 million people. Coffee is so popular among kiwis that a 2015 survey by Canstar Blue revealed 52% of people surveyed would go out of their way to find good coffee.

And they don’t have to travel far. New Zealand is reported to have the highest number of coffee roasters per capita in the world. Its capital city, Wellington, has the most cafes, bars and restaurants per capita than New York. The café culture is driven by finding new and improved coffee products. Coffee isn’t just relegated to hot drinks; cocktails, chocolates, desserts and other foods are all complementary facets of Kiwis’ addiction.

Coffee not only kick-starts 42% of Wellingtonians’ mornings; the beverage drives business behaviour as well. Around one in six New Zealanders prefer to hold business meetings in cafes as opposed to office meeting rooms. Cafés are moving further out into isolated rural regions, becoming more accessible to the nation’s farming communities.

Each country’s coffee producers offer diversity in scale, style, and flavour. Brazil, for example, applies a dry process whereby coffee cherries are dried in the sun instead of washed. This distinguishes the country’s coffee from most other major producers.

Colombian coffee is popular in the South-Pacific. Its highly reputable and fair-trade supplies are a hot commodity for kiwi coffee-drinkers.

Honduras, the largest Central American producer of coffee, is still emerging as a world-recognised brand. Though a major economic staple, further opportunity in the country’s coffee exports lies in the development of its image.

Mexico’s Arabica-heavy crop has significant influence in the US market, but hasn’t yet established a brand presence in New Zealand. Like Honduras, this could be due to coffee arriving in New Zealand in blends.

Guatemalan coffee, like Brazil’s and Colombia’s, has made its way to New Zealand shores and is popular in single-origin packages. Coffee accounts for roughly 40% of Guatemala’s export revenue; 125,000 local producers fetch high prices overseas for blends from 20 of the country’s 22 regions. 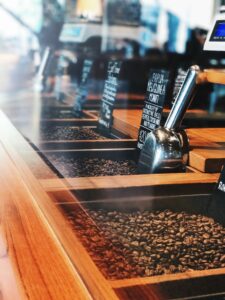 It’s common to walk into a café in New Zealand’s coffee-concentrated cities and find blends from all over the world.

High demand plus high competition in urban centres push New Zealand’s roasters and café owners to vary their offerings. Committed enthusiasts and new converters to the beverage are alike in their search for high quality and eco-conscious coffee.

It’s common to walk into a café in New Zealand’s coffee-concentrated cities and find blends from all over the world. Coffee-dealing businesses advertise the origins of their beans, and variety is much appreciated among local consumers.

Sustainability and fair trade a focus

In an increasingly environmentally-aware country, fair-trade business models are emerging in New Zealand’s coffee industry. Customers care about where their coffee comes from, and organic, single-origin and ethical beans are highly celebrated.

This demand paves the way for both big and small Latin American coffee producers. Kiwis are socially conscious, and their thirst for diversity means they’re likely to foot the bill for a better-quality brew.

Exporting to New Zealand? Reach out for assistance

New Zealand is home to a healthy and diverse economic environment. To take advantage of the country’s caffeine-driven communities, it’s important to understand export and/or company incorporation requirements. We can help make sure your export operation or commercial expansion runs as smoothly as possible.

Biz Latin Hub offers customized business solutions in a number of market-entry and back-office services. This includes company formation and financial services. Our New Zealand team offers expert support to ensure a smooth process for you and your business.

Contact us here and we’ll help you design a strategy to capitalize on your commercial opportunities.