Brazil trade has increased as a result of a long-awaited economic recovery. Brazil is in the process of strengthening key trade relationships with partners such as Dubai, the export hub of the United Arab Emirates (UAE).

The current trade accounts between Brazil and the United Arab Emirates have passed the US$2 billion dollar mark. Given the growing exchange of goods between these two countries, they have developed a deeper relationship and are working to optimize trade for both parties.

In this article, we outline commercial opportunities for international trade between Brazil and Dubai, UAE. 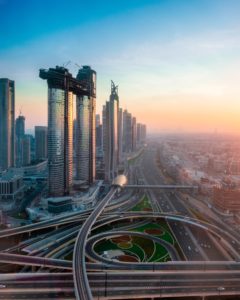 In 2018, bilateral trade between Brazil and Dubai accounted for US$1.66 billion.

Brazil’s bilateral trade with the UAE has increased over the last couple of years, particularly with the city/state of Dubai.

It is reported that in the first 8 months of 2019 trade between the UAE and Brazil reached US$2 billion.

In 2018, bilateral trade between Brazil and Dubai accounted for US$1.66 billion, with approximately US$1.5 billion worth of exports moving from Brazil to Dubai. This trade balance shows how Brazil has successfully established a trade relationship with this Middle Eastern region.

On top of that, 2019 forecasts are set to surpass 2018 numbers. In just the first half of 2019, trade between Dubai and Brazil reached US$1.06billion, demonstrating continuous positive trade growth and highlighting a boom of meat exports from Brazil.

A key feature of this significant trade relationship is the outstanding boom of Brazilian meat exports to the UAE.

In the first half of 2019, Brazilian agribusiness saw an increase of 439.84% in beef exports, with the UAE being one of the main drivers behind this trend. Brazil has reportedly exported 51,000 tonnes of beef to the UAE from January to June 2019.

This impressive amount of exports has been attributed to a variety of factors, such as the “halal practice” – the Islamic form of processing animals or poultry into meat – which is extensively practiced in Brazil, and the Latin American giant’s developing friendly trade relationships with the Arab countries. 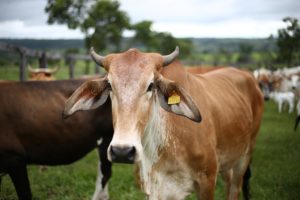 In November of this year, the Saudi Health Authority (SFDA) authorized eight new Brazilian establishments to export beef into their country.

Brazil’s trade with Arab countries is therefore increasing. During his recent tour in Asia in October this year, Brazilian President Jair Bolsonaro signed an agreement for cooperation with Saudi Arabia. This deal commits the two countries to mutual cooperation in such as agricultural and industrial sectors, energy, mining, infrastructure, transport and more. Additionally, in November of this year, the Saudi Health Authority (SFDA) authorized eight new Brazilian establishments to export beef into their country.

Given this development, Brazil is establishing itself as a food supplier to Arab countries, which represents a commercial opportunity for agribusiness entrepreneurship.

Brazilian agribusiness exports are important to the UAE because it imports around 85% of its food supply.

The UAE has less than 1000 cubic meters of water per capita, per year, which is defined as a water-scarce country by the United Nations. Additionally, arable land is scarce as well in the UAE. These conditions result in low agricultural production and a massive import of food products.

Another important factor that the UAE needs to consider in the near future is its growing growing population, set to increase from 9.4 million to approximately 10.5 million by 2025. This places immense pressure on the country to secure enough sustainable food resources into the foreseeable future.

Investors and entrepreneurs seeking to incorporate a business in Brazil can, therefore, expect to experience success in Brazil’s agricultural market as a result of these growing demands from the UAE.

The Brazilian government has been known for its protectiveness towards its market, however, the government has successfully been trading with China, the US, and other significant markets. 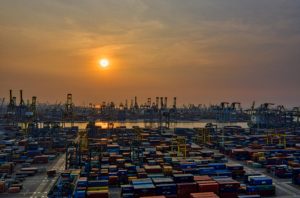 Dubai is one of the top three export and re-export hubs in the world. Given its strategic location, the emirate acts as a gateway between the East and West.

During the President’s visit, the two countries signed agreements for further cooperation in customs, defense, and trade. According to a joint statement released after the signing, the intent of these initiatives is to foster investment fund partnerships in agribusiness, infrastructure, defense, and energy.

The UAE is an important country to build ties with due to the increasing demand for agricultural products and Dubai’s strategic position as a major trade hub. Dubai is one of the top three export and re-export hubs in the world. Given its strategic location, the emirate acts as a gateway between the East and West, which has resulted in strong trade relationships with Germany, the USA, France, Italy, China, India, Japan, and the UK.

Aside from modern logistics and warehousing technologies that ease trade operations, the UAE has supportive legislation to benefit trade activities:

In the specific case of Brazil, the UAE has signed an agreement with Brazil to avoid double taxation on income.

Increasing exports to Dubai not only has the potential to meet the country’s needs but also opens doors to trade with neighboring countries and conducts re-exporting activities.

Let us support your company formation in Brazil

Given Brazil’s economic recovery and huge potential as an emerging economy, investing in the country is an appealing opportunity. Not only is the country growing its agricultural sector and exports to the UAE and other surrounding markets, but the country offers other viable economic options in sectors such as mineral production.

To help get you started, contact a local legal and accounting expert who will ensure the best interests of your new business are met. Biz Latin Hub has a team of expert lawyers and accountants with vast experience in business incorporation and due diligence. Get in touch today at [email protected] for personalized support.

Learn more about our team and expert authors, and check our short presentation below outlining key reasons to invest in Brazil