Silicon Valley is one of the most important innovation hotspots in the world.

Silicon Valley is an area in California in the San Francisco Bay known worldwide for being the center of information technology and innovation. Depicted as a hub for the development of start-ups, it actually started, and is named, after the high volume of companies manufacturing silicon chip and microprocessors in the region.

Many cities around the world have tried to replicate its success by establishing attractive policies to invite investment and start-ups, as well as scientific development and innovative educational and investment programs. Among some of them are Córdoba, Guadalajara, Santiago, Medellín and, San José.

When people talk about Costa Rica, to most, a picture of sunny beaches and windy mountains come to mind. The country is renowned for its beautiful scenery, tourism, biodiversity, and renewable energy.

How did Costa Rica Convert Itself into an IT Hub?

The technology sector has been exponentially growing since the turn of the century, with many tech giants settling operations in the Great Metropolitan Area and attracting even more manufacturing companies. Costa Rica is garnering worldwide attention from the technology and services market, becoming a high technology-exporting country.

You may be wondering how such a small country with a population of only 5 million could reach such a feat. Here, we will tell you the reasons why San José is a strong candidate to be the ultimate ‘Silicon Valley of Latin America’. 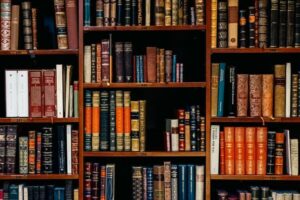 Thanks to a high level of education, English is widely spoken by the Costa Rican population.

The percentage of Costa Rica’s population that is literate is higher than 98%, one of the highest in Latin America.

Moreover, the higher education system has led the way for national universities to rank amongst the best in Latin America, with the Universidad de Costa Rica (UCR) ranking at number 19 this year and Instituto Tecnológico de Costa Rica (TEC) being one of the most prominent tech universities in the region. Both universities offer majors in technology areas such as computer science, high precision engineering, and mechatronics. In the private education sector, INCAE Business School ranks as the second-best postgraduate university in Latin America.

Costa Rica has an English-Speaking Population

Costa Rica has a large population of English speaking Citizens, ranking as the fourth highest English-speaking nation in Latin America, only behind Argentina, Dominican Republic, and Uruguay, according to the ranking made by Education First in 2016. One of the main reasons is a compulsory English study throughout the educational system and is reinforced by several public and private institutions offering English as second language programs.

Incentives to Invest in Costa Rica

There are many incentives to do business in San José, from tax cuts to the welcoming of foreign businesses:

Also, some other tax exemptions are for exports, sales, and capital. Benefits for companies within the FTZs are a great way of both maximizing utilities and contributing to the growth of the local economy.

In regards to the rest of the world, Costa Rica ranks as the second most competitive economy in Latin America according to the World Economic Forum, and the 43rd and 45th ranked country in Innovation and Technology Development.

San José is the center of the country. Its many university campuses, blooming commerce and multinational companies located in the capital make it the go-to city in Costa Rica for foreign business. Its relatively short distance to the United States allows for brief plane trips and close time zones permit the aligned of business hours. 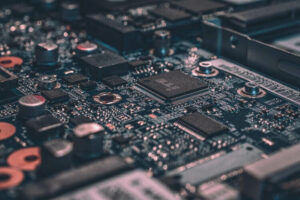 Costa Rica was put on the map in the technology sector in the late 90’s. Since then, many manufacturing companies have arrived looking to assemble high precision and innovative products. Local and multinational companies are leading the way in an exponential growth of exportation of technological devices, with some of the main areas being:

The giant corporation, Intel, started operations around 1999, locating a manufacturing plant in one of the Free Trade Zones (FTZ) in the country, attracting a lot of other companies to the country and putting Costa Rica on the map for electronic equipment production. Around ten years later, Costa Rica had become the second biggest electronic components exporter to the United States! This sector has done nothing but grow; new companies have arrived and established ones are looking to expand.

The life sciences is a recently developed industry in Costa Rica with massive growth in the last ten years. As of 2018, 72 life sciences multinational companies operate in Costa Rica, creating a total of 22,000 jobs. This has allowed Costa Rica to position itself as one of the industry leaders in Latin America, achieving the feat of being the second largest exporter, exporting to 60 countries in 5 continents.

An achievement was reached this year for a local medical devices manufacturing company: it was the first Costa Rican based company to be listed in the stock exchange market in Nasdaq. This is the most important exporting industry in Costa Rica, with a value of USD$2.8 billion in 2016.

The Life Sciences Forum was held in Costa Rica for the fourth time this year. As one of the most important, specialized activities in Latin America, this is a converging opportunity for speakers from more than 15 countries to discuss growth, innovation and challenges life sciences companies face.

The Municipality of San José has started a plan that will be completed by 2020: the development of a technological city encompassing multinational tech-service companies, university campus and commerce, all in the same area. 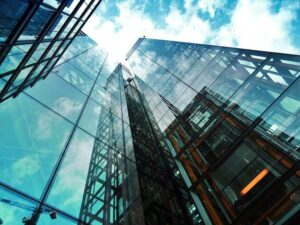 Over 800 high-tech companies are located in San José.

Tech city consists of converting a long block filled with old and abandoned buildings into a new, modern building housing information service companies and universities offering technological majors and postgraduate studies along with retail space. With a space of about 19.629 thousand m², this project is set to start construction in 2020 and involves approximately USD$100 million in investment.

Many major technological companies have already approved the move to tech city once it is complete; investigation and development companies will have priority, along with start-ups. Giants like Microsoft and Cisco will be the first to start their operations there with the Instituto Tecnológico de Costa Rica as the first university offering postgraduate programs.

Tech city is the first stage of the ‘ZEDE’ project (Zona Especial para el Desarrollo Económico) which will eventually cover around 39 neighborhoods of San José. This is a venture initiated by the Municipality of San José in order to revitalize, innovate and attract FDI to Costa Rica.

There are many arguments that can be made in regards as to why San José can become the Latin America hub for information services and technological manufacturing but, in short, the best one is that the country sets all the right conditions to allow this to happen, not only in the future, but right now.

What is the Future of FDI in Costa Rica?

With the many advantages Costa Rica has, it is set to become one of the main countries in the service industry and, along with the advancement and incorporation of new technologies, industries like life science development and technological device manufacturing are helping to boost the Costa Rican economy.

If you want to start a company in Costa Rica, the ‘Silicon Valley of Latin America’, there are a few issues you will have to deal with; at Biz Latin Hub, our team of local experts can support your Costa Rica business venture. Get in contact with Josseline at [email protected] for personalized support.