Hollywood isn’t that far from Colombia anymore. In recent years, Colombia has been regarded as a filming paradise for many important filming studios worldwide. This is largely due to the different unique characteristics the country has to film investors exploring new territory.

Colombia’s government has made progressive changes to lure in foreign direct investment. In 2003 Colombia’s government implemented a Film Law to increase the number of productions made in Colombia and to help build a more sustainable film industry. Find out why Colombia is impressing filmmakers all over the world and is set to become a top film destination.

The Film Law, signed in 2003, and Law 1556 of 2012, gives tax benefits to investors and donators in the film industry. Colombia’s incredible biodiversity, technology, and human resources give the country an internationally colorful reputation in the world of film. 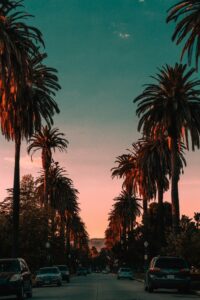 In 2003 the Film Law was signed to increase the number of productions made in Colombia and build a sustainable film industry.

The Film Law creates a different set of investment incentives and mechanisms to support the sustainable development of the film industry. Additionally, the Film Law promotes Colombia’s relevance to the whole film production chain. Colombia can support filmmakers by providing a range of expertise and services, from producers and distributors to technological troubleshooting.

The Film Law has two main mechanisms to promote films in Colombia:

These lax tax regulations and development fund ensure sustainable development of Colombia’s film industry in a two-pronged approach. Importantly, with investment from industry professionals, Colombia can support the growth of its own local producers and companies.

Law 1556 offers of a cash rebate or reimbursement of up to 40% of the invested resources for films partially or fully produced in Colombia. For film services related to audio-visual pre-production, production, or post-production, the reimbursement rate is 40%. For film logistic services – such as hotel, catering, and transportation activities – the rebate is 20% of the amount spent in the country.

There are some basic requirements for this law to apply. Firstly, investors and companies must sign a contract stipulating the obligations, conditions, and requirements of the rebate. Secondly, the services purchased while filming must be provided by Colombian companies or individuals.

Finally, A minimum amount must be invested into film production within Colombia. Investors need to spend at least 1,800 Colombian minimum wages in order to be eligible for the rebate. This equals approximately US$470,000. Film companies and investors wishing to apply for the rebate must also permit the financial auditing of their expenditure.

Medellín seeks to carve out a name as a filming hotspot within Colombia. To stimulate Medellín’s growth in the industry, Law 1556 offers a separate rebate of 15% for movies that are filmed in the vibrant city.

This rebate is additional to the film and logistics services rebates mentioned above. Collectively, filmmakers can save an impressive amount with these promotional rebates. This allows producers and investors to allocate larger portions of their film budgets to other elements, enhancing the quality of their movie. 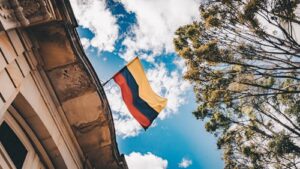 Amazon and Netflix have set their eyes on Colombia, partnering with national production firms to create new content.

Since the law 1556 was signed in 2012, 32 out of 39 projects have finished filming. The investment value is currently approximately US$168,062 million. These projects have not only beefed up Colombia’s revenue from film, but also its share of the limelight. International companies such as Paramount, and celebrities such as Will Smith, Mark Wahlberg, and Antonio Banderas have put Colombia on the world stage as a top filming location. Producers and film industry professionals are now praising Colombia for its good locations and weather, high-quality logistic developments, low prices and great infrastructure.

This praise is not only supported by the presence of famous companies and actors on Colombia’s film scene. Two of the biggest platforms in the world, Amazon & Netflix, have set their eyes on Colombia by partnering with national production firms to create new content.

The biggest firm connected with the platforms is Dynamo, a firm favorite of the online movie moguls. Dynamo has produced international movies such as ‘The 33,’ ‘American Made,’ and ‘Mile 22,’ amongst others. Its founder, Andrés Calderón, who is right now working on 6 new series, believes Colombia has what it takes to become one of the top 3 countries in the industry.

But Colombia is not only about the tax benefits, the good locations or the low prices. Colombia also displays a show of talented people who work in the industry, high-tech equipment, and a welcoming film culture. Peter Berg, director of ‘Mile 22’ compared the quality of film support in Bogotá to that of the United States.

Colombia is living its best moment within the filming industry. It has incentivized investment in the industry with immense payoff and positive feedback from some of the film world’s great influencers. It presents a rising economy and a government-backed film culture. All these elements put Colombia in the world spotlight as a great filming destination, creating new opportunities for investors and businesses.

If you are interested in being part of this new and promising industry and are not sure of the next steps, please reach out to our local experts at Biz Latin Hub. We are ready to guide you into this incredible opportunity. Reach out to a member of our today via email at [email protected] for personalized support. We are ready when you are.