Latin America’s GDP is set to grow in 2020 thanks to Latin America’s four biggest economies: Brazil, Mexico, Argentina and Colombia. Forecasted GDP for all four countries is set to grow next year, contributing to the region’s growth of 6% and beating the Asia-Pacific growth rate of 5.3%. That’s a significant vote of confidence for the region and has caught the attention of investors and businesses worldwide.

Although Latin America economies have suffered various degrees of crises in the last decade, 2020 is the year for moving up. We look at importing and exporting opportunities in Latam’s biggest four economies.

As a member of BRICS, Brazil is one of four major powerhouse economies of the world. Additionally, it is home to a great infrastructure and transportation system that facilitates trade. The ability to modernise key sectors to become more efficient and productive is a business opportunity for foreign businesses and entrepreneurs. The country, as a whole, is very open to foreign investment regarding foreign ownership of businesses and visas.

Generally speaking, Brazil is not a large importing nation when compared with similarly sized economies ($130 billion of imports vs $219 billion of exports). Given its large agricultural export sector, many organic chemicals are imported to support growth. It is projected that Brazil will account for 70% of the world’s arable land growth by 2050. Technologies and equipment that can help maximise the production and efficiency of this land create opportunities for those with agricultural technical expertise. 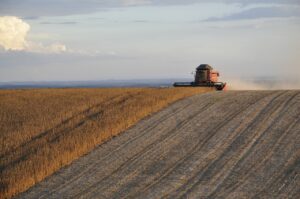 Brazil is famous for its soybean production. Growers are able to command higher prices due to high protein levels and non-genetically modified crops.

Brazil is famous for its soybean production. Growers are able to command higher prices due to high protein levels and non-genetically modified crops. Brazil is more dependent than ever on China following its trade war with the United States, and China is now importing more soybeans from Brazil than the US. A large dependence on the export of commodities means a change in prices can wreak havoc on the economy. It is expected the country will look to expand other export areas to mitigate risk in the event commodity prices drop. Opportunities exist to grow other export sectors such as oil, gas and animal meat using technical expertise to increase productivity.

Trade and investment opportunities in Mexico are accessible and lucrative. Benefits include its geographical location bordering the United States and Central America as well as a wealth of FTAs which cover 46 countries. Key sectors including mining, manufacturing, agriculture and tourism. Following NAFTA discussions, Mexico is looking to lighten its dependence on the United States and strengthen relationships with other trade partners.

One area of opportunity for those looking at importing into Mexico lies in its exports. Agricultural and manufacturing innovative technologies that aid productivity and improve the quality of export goods will help strengthen its economy. There is potential for countries with strong Research and Development competencies to invest in technology transfer and provide support and education to Mexican firms.

Mexico has a cost advantage for specialized manufacturing over many other economies. It therefore presents expansion opportunities for firms looking to secure low-cost production and set up manufacturing facilities. For firms that manufacture goods using different inputs, Mexico’s proximity to the United States can help to shorten supply chains. 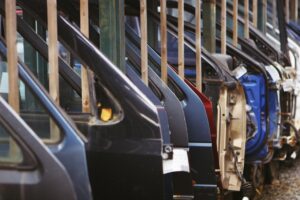 The automotive industry in Mexico is growing every year. In 2017, 3.7 million units were produced and exports to Asia and Europe grew 38% and 45%, respectively.

The automotive industry in Mexico is growing every year. In 2017, 3.7 million units were produced and exports to Asia and Europe grew 38% and 45%, respectively. Volkswagen and General Motors are just a few of the international brands who have set up manufacturing plants in Mexico. The export opportunities for Mexican vehicles are plentiful.

Mexico’s exports are highly concentrated and dependent on the United States. Therefore, Mexico is more susceptible due to shocks following changes in the US economy. Given the uncertainty of the NAFTA negotiations, Mexico will look to shift its high trade dependence on the United States in 2019. This opens opportunities for other nations to grab a slice of the pie.

Given the free trade zones and special customs area, Argentina acts as a gateway to South America, particularly to other MERCOSUR countries. Importing products through these zones can save on tariffs costs. 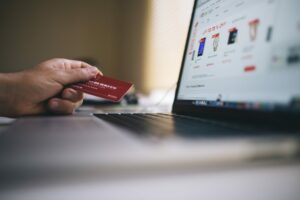 E-commerce is on the rise in Argentina, with the number of online shoppers, and their spending, growing each year. 20 million Argentinians are expected to shop online by 2021.

E-commerce is on the rise in Argentina, with the number of online shoppers, and their spending, growing each year. This presents opportunities for those interested in the development of online vendor technologies and selling their products online. 20 million people are expected to shop online by 2021 with the most popular payment method of credit cards, followed by prepaid cards. The e-commerce platforms themselves need innovation in order to facilitate the industry’s growth, as well as improvements to logistics. Furthermore, with 92% of the population living in rural areas, the ability to deliver products quickly will further boost the use of e-commerce in Argentina.

Top exports for Argentina are foodstuffs (more than half is soy based), vehicles, cereal, animal/vegetable fats and meat. Top export destinations are Brazil, the US, China, Chile and Vietnam.

Meat was the fastest growing export category in 2018, followed mineral fuels, vehicles and fish. Given Argentina has over 30 million hectares of arable land, the agricultural industry holds promising prospects for those looking to secure high-quality products. Exports of Argentina’s world-famous meat are on the up and as the fastest growing export category last year, lucrative opportunities exist. Argentina beef exports are now able to be sent to the US after a 17-year ban. Subsequently, the distribution of Argentinian beef in the United States is a growth destination for Argentinian meat exports.

The oil and gas sector also hold opportunities for those with a competitive advantage in hydrocarbon technologies. The government has lowered tariffs on the importation of equipment that can facilitate the exploration and exportation of hydrocarbons. 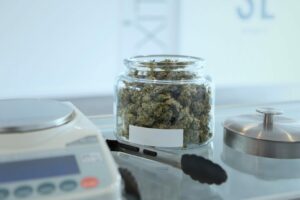 Legalized in August 2017, the medicinal cannabis market is expected to reach $243 billion by 2025.

Colombia is being transformed into an export platform. Foreign firms such as Coca Cola are setting up manufacturing plants to maximize Colombia’s geographical position as a gateway to Latin America. Benefits such as cost-competitive and profitable business environment backed by government support make manufacturing in Colombia a real opportunity.

Another export opportunity in Colombia is that of medicinal cannabis. A sector that was legalized in August 2017, the market is expected to reach $243 billion by 2025. Which land and a climate that is perfect for its cultivation, the government now issues licences for the legal manufacture of medicinal cannabis. As legalization becomes more common throughout the world, the export opportunities are huge.

We can help with your importing and exporting legal requirements

If you are interested in trade between Latin America and your country, whether it be exporting or importing, Biz Latin Hub has the expertise to help you.

With country offices throughout Latin America, our staff can offer specialized advice and guidance to help you set up in Latin America. Reach out to our team today to get started.