Argentina is undergoing many political and economic changes as it opens its economy to foreign investment. We are going to take a close look at how the Argentinean economy is making changes for the better and what the upcoming opportunities will be for foreign investors.

Argentina will be the first South American country to host the biennial WTO (World Trade Organization) summit in December 2017 before hosting the G20 summit in 2018. This does not come by surprise, as Argentina has made an irreversible turn towards globalization. 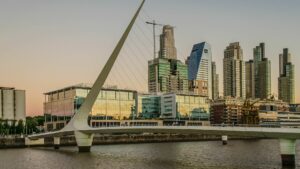 After the financial crisis of 2008, Argentina adopted protectionist policies, excluding itself from world trade. Nevertheless, Argentina is changing its strategy. ‘We see trade as a source of opportunity and not as a threat’, exclaimed Nicolás Dujovne, the Argentinian finance minister as a response to President Donald J. Trump’s protectionist policies. Their reform is clear: Argentina’s economy is finally turning towards globalization.

Argentina will inevitably be catching the eye of foreign investors and globalized economies in Buenos Aires at the G20 summit in 2018. In the meantime, it remains a strong member of the sub-regional trade bloc of MERCOSUR (Mercado Común del Sur). This offers it strong FTAs with Brazil, Paraguay, Uruguay, Chile and Venezuela. This organization also offers very beneficial secondary trade deals with Peru, Mexico, India, Egypt, and Israel. Therefore, Argentina finds itself in the middle a very prosperous FTZ (Free Trade Zone).

In addition to these great economic ties Argentina thrills of, it is also seeking to join the most elite and developed intergovernmental institution there is the OECD (Organisation for Economic Co-operation and Development). Seeing the undergoing political and economic transformations, there are high hopes for it to join this prestigious organization.

Furthermore, there are negotiations in progress to intensify trade deals with India and the EU. The president of the European Commission Jean-Claude Juncker insisted on the importance to intensify trade with the MERCOSUR in a speech in Strasbourg. He then held bilateral talks with Argentina confirming his interest.

In addition to the encouraging effort towards building stronger trade deals, President Mauricio Macri’s government has set off many encouraging plans aimed to develop the country’s infrastructure. The PPP (Public-Private Partnership) enforced in November 2016 is going to revolutionize investment in infrastructure. Public-private partnership contracts can from now on be signed between the national public sector and private companies or investors in order to boost infrastructure investment. These are essential as Argentina’s public sector does not have sufficient funds to restore the infrastructure as needed. The private sector can fill this funding gap, which will turn out to be very beneficial for the whole of the economy.

The National Transport Plan is a $33.2 billion investment directed to transport improvement. The money will be spent on building new roads, and tunnels under the Andes. This plan also includes airport enhancement in order to increase air transport, business and tourism. This project is optimistically aimed to be accomplished by 2019. It is very promising news as lots of foreign investors previously turned their back to Argentina because of its poor transport connections. 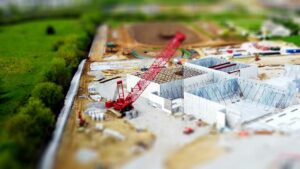 Plan Belgrano: This is a major investment in transport as well. A $16 billion investment aimed solely to interconnect cities in Argentina. The aim is to connect the previously excluded northern areas of Argentina to the southern more developed areas. This plan will restore and develop run-down roads and tunnels which link the North and South.

Argentina is therefore on the path to success. Having boosted its competitiveness through measures including freeing capital control and lowering subsidies to curb inflation and cut the fiscal deficit, it is developing its infrastructure in order to become an attractive economy. The last problem it has to face is that of corruption.

The Anti-corruption Campaign in Argentina:

Despite these very promising developments in infrastructure and investment, corruption remains a real threat to Argentina’s improvement. It is still ranked as the 107th most corrupt economy in the world which shows how much work there is left to be done. Yet, President Macri is well aware of this. His government is actively campaigning against corruption. It has signed 3 major international anti-corruption conventions. These include agreements with the OECD and the United Nations. Argentina would not want to fail to meet with these agreements.

Many laws against corruption have also been enforced, extending the Argentine Criminal Code’s influence in the Argentine economy. Corruption is also the main reason why the OECD still remains skeptical towards Argentina’s membership. Nevertheless, it seems like it is just a matter of time before Argentina’s corruption ceases.

The liberalization of its economy, the increase of free trade, the infrastructure development… These multiple factors are already attracting an increasing amount of FDI (Foreign Direct investment), and this trend is growing every year.

How to Invest in Argentina?

If you are interested in investing in Argentina, you may need the support of a company present in the field. This will ensure you a safe investment. At Biz Latin Hub we can help you do business in Latin America by providing a full suite of back office services, including bilingual accounting, financial, legal, recruitment service and international trade services.

Our company is owned and managed by an experienced team of local and expat professionals who draw on their local expertise and global experience to assist our clients in navigating their way through the complexities of the Latin American business environment. So if you’re looking for a safe way to invest in Argentina, don’t hesitate to contact our manager Craig at [email protected]

Watch this video to learn more about our services and how we can help you invest in Argentina!