International Expansion – Why is Business Looking Towards Latin America?

Have you ever thought about expanding your business into a Latin American country? Well, don’t fear! It will be a great move – many businesses have, and are experiencing great success in the region! Expanding your business requires some competencies, flexibility and extensive planning. This is especially true in Latin American countries where the requirements for business operations are different from what is obtainable in many developed countries. Therefore, there are certain facts you need to acquaint yourself with before you make a move.

Why consider expanding into Latin America?

The democratization of the political landscape of most, if not all Latin American countries, has played a major role in making these countries ripe for investing. The former perception of these countries as politically unstable places is fading away. In addition to that, the diversity in the population of these countries makes it possible to find educated and often cheaper labour than European and North America markets. You also need to think about the treasure store of natural resources in these countries and the beautiful geography that makes them conducive spots for a business expansion.

Latin America, also called ‘LATAM’, is characterized by the colonization of the Spaniards, Portuguese and French in the 15th century till the early 19th century. The advent of the conquest of these regions and the subsequent independence has resulted in the name Latin America. 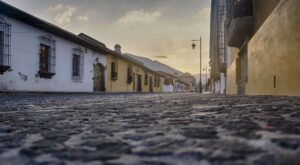 Half a century ago, most of this region was termed economically undeveloped, but it’s different today. Most of these countries in Latin America became independent countries in the late 19th century. They had to undergo a series of political and economic challenges. The rise and fall of different governing institutions wasn’t a strange concept in Latin America. A circle of military dictatorship before the democratic rule was also another pattern in this region. In LATAM, the height of corruption in the democratic government was a growth retarding factor. There was zero credibility from public officers. Embezzlement, mismanagement, and misappropriation of federal funds made the countries a no-go area for foreign investors. The infrastructural level was also at an all-time low. Some countries in the Central American region were trapped in the Cold War. Some others in South America and the Caribbean had to battle with another global threat: Narcotics. Latin American nations have nonetheless marched forward to development. With an endless desire to develop and evidence attesting to that today, some LATAM countries have already secured their place in the world as emerging economies.

Colombia, for instance, had to work with the Drug and Enforcement Agency (DEA) of the United States of America to fight narcotics traders exporting illegal merchandise. Lots of resources put into the fight against drugs in the late ‘80s to the mid-‘90s. Then again, Brazil, with a terrible socio-infrastructural system had to invest tens of billions of dollars before hosting the World Cup and Olympic games in 2014 and 2016 respectively.

Central American countries also fought to keep a stable democratic government following the events of the Cold War, the battle against communism between the USA and the USSR. With many other examples, it’s evident as stated earlier that certain LATAM countries are now ready for their next big step.

There are some techniques you need to employ if you want to explore the Latin American market. Registration of your company is the first point of concern, assuming you have done your analyses and are ready for international expansion. The rigour involved in the registration process may be quite cumbersome. To tackle that challenge, many companies choose to work with a local Latin America partner to facilitate their investment in the region.

Tax compliance is another area you need to pay attention to as you expand into LATAM. These countries get most of their revenue from value-added taxes. Every transaction has a fixed VAT, usually between 16% and 20% of the amount of transaction. A local accounting and tax agent can ensure legal compliance with local authorities.

Factors to consider before expanding 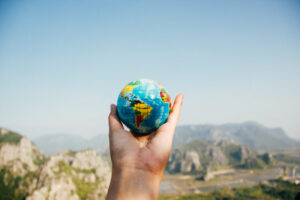 Enterprises seeking to expand internationally should consider some fundamental factors before making the bold move:

The summation of all these factors pictures a Latin America that has grown into a region stable and suitable for the influx of international investment. Aside from the prominent elements that are clear indicators for the global increases in investment (not to mention tourism) in Latin America, there are also other factors that should be assessed before moving down to these nations to expand the process of production. There are unique challenges that investors need to beware of before expansion takes place. These factors include: 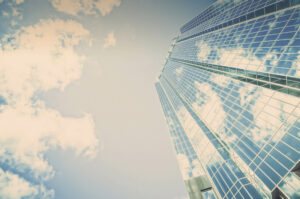 The economy size is probably the most significant advantage that will draw up international expansion into the regions of Latin America.

Big firms thrive on international expansion; there is always something to gain by expanding operations. A company can choose New York (U.S.A) as its headquarters and own a factory for production in Bogota (Colombia). Via expansion, companies also experiment with new markets for their products and services. Latin America is marching towards development, with many companies large and small thinking of sailing through fresh waters.

Before expanding into LATAM, it’s vital that there is a full understanding of the local business environment. For this reason, it is recommendable to partner with a local group who can support you throughout your LATAM expansion. Reach out to Craig at [email protected] and see how the Biz Latin Hub group can assist you and your business in Latin America.

Watch the following video to get more information about doing business in Latin America: