Company Formation: What Is The Legal Status of Marijuana in Mexico? 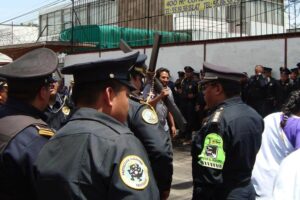 Despite safety measures, Mexico’s homicide rate has been increasing significantly over the last years allegedly caused by the drug war.

Mexico legalised the possession of small amounts of certain drugs, including up to 5 grams of marijuana, back in 2009 with the intention of allowing police to focus their attention on the bigger fish. More proposals to increase the amount for personal possession even further were put forward by former president Vicente Fox and current president Enrique Peña Nieto however these were rejected by Congress in 2016. Then on June 19th 2017, the use of marijuana finally got legalised for medical and scientific purposes, although rules remain particularly strict. In fact, it has been limited to  Marijuana-derivated products with a THC concentration of  one or less percent to be exported, imported, marketed and sold in Mexico. Since then, HempMeds® Mexico, Mexico’s first medical Marijuana Company, opened their office in Monterrey aiming to satisfy rising demands for the company’s Real Scientific Hemp Oil-X™ (RSHO-X™). The main purchaser of the product is in fact the Mexican Government itself who buys the zero-Tetrahidrocannabidiol (THC) oil to treat its citizens that suffer from diseases like Refractory Epilepsy and Lennox Gastaut-Syndrome.

What Are The Business Opportunities for Commercial Marijuana in Mexico?

The legalisation of commercial marijuana could generate up to USD 60 billion for Mexico, according to the National Traffic Light Organization. With a population of 127 million people and shifting attitudes towards marijuana and its potential benefits, Mexico is seen as an attractive market for private equity firms and medical marijuana growers. In comparison, neighbouring state California legalised commercial marijuana in January this year and this market is expected to reach up to USD5.1 billion by 2019 according to investment and research firm ArcView Group. With comercial marijuana still being illegal at national level in most countries of the Americas, Mexico could attract major business investors and simultaneously weaken the illegal business of the narco-traffickers by creating an easier and cheaper alternative for marijuana cultivation than that of the USA or Canada. This would mean following in the path of other LATAM countries such as Colombia whose market has been growing incredibly fast after legalising cultivation as well as exportation of marijuana as it aims to become one of the global leaders of the industry.

Is Full Legalisation of Marijuana Near? 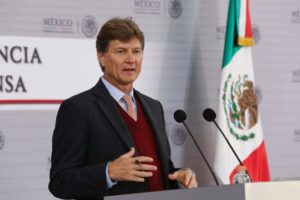 Tourism Secretary Enrique de la Madrid is a clear supporter of the legalisation of marijuana.

The full legalisation of marijuana is still being debated. While for some, the legalisation of marijuana would only worsen the daunting issues related to the drug war with the cartels which peaked in 2017 when the most homicides ever were recorded since the government began tracking data in 1997. Others are hoping for the exact opposite to happen following the models of countries like Uruguay and certain states of the USA where drug related crime decreased considerably after legalising medical marijuana. One of the biggest supporters of legalisation is current Tourism Secretary Enrique de la Madrid who sparked a major debate when he stated earlier in January that it is absurd that Mexico hasn’t taken a step to legalise marijuana. Furthermore he added that legalisation should start at least in states like Baja California Sur and Quintana Roo which are hotpots for drug related crime. These comments that came only 5 months before the presidential elections caused somewhat of a stir. However, even if politicians keep legalisation out of their plans, there may be a chance that the Supreme Court will consider it soon due to a recently launched second case of legalising marijuana for personal consumption and Mexican legal structure. According to Mexican law, the Supreme Court can enact laws in the country after issuing the same judgement five times. This has already happened with the legalisation of gay marriage, and therefore, legal marijuana is in with a  follow the same steps. Especially with the support of Supreme Court Judge, Jorge Mario Pardo, who considers the prohibition of marijuana as a “violation of Human Right”. Altough there is still a long way coming, thanks to examples like California or Colombia creating attractive market conditions for investors, Mexico has realized the profitability of the Marijuana Business and is ready to take over the growing market.

How Can I Find Out More About Doing Business in The Marijuana Industry?

Doing business in the marijuana industry may seem intriguing but it certainly comes with its difficulties due to different language and new regulations. With our experienced team of local Lawyers and Expats we can provide you with the Information you need to start your Business  in Latin America. Don’t hesitate to get in touch with our country manager Alex here for further information.