The Importance of Due Diligence Services in Colombia: Managing Business Risks

Although Colombia is often heavily associated with corruption, the new generation and growing middle class are expressing their discontent with the chaos, forcing politicians to take measures to fight it.

Corruption negatively affects people in a society by threatening their security, their jobs, their elected democracies and their economic development. Corruption blocks infrastructure investment as tax money flees the economy, leaving schools and hospitals under-financed. When and how will Colombia find the remedy to this illness? Below we go over the most recent scandals that have plagued the nation and then look at how the country is trying to fight it.

On October the 4th, multiple top businessmen were arrested for fraud and money laundering in the “Panama Papers” scandal. Six managers were arrested and another nine others were charged for financial crimes committed through the firm Mossack Fonseca.  The full list of businessmen caught up in the scandal is a long one – and more and more continue to be investigated to this day. The shocking news of Daphne Caruana Galizia‘s murder in her car serves as proof that there are still many on the run.

What connection does all of this have to Colombia?

Andres Jimenez confirmed that Mossack Fonseca played an active role in helping Colombian companies to commit fraud and evade taxes in Colombia. It has been calculated that more than $1.5 million was hidden from the Colombian tax authorities through the scandal.

Recently, these kinds of corruption cases have been receiving more and more exposure in Colombia, leading some to believe that corruption is growing in the country. Well, it’s quite the opposite. Colombia’s new move towards transparency is what is putting fraudulent organizations in the limelight, as fighting against corruption in Colombia has finally become a national priority.

The “Panama Papers” scandal was revealed following the outrageous Odebrecht affair. The giant Brazilian construction company had heavily financed the Colombian president’s campaign in exchange for a solid building contract. The total amount of bribes paid by Odebrecht to Colombia are estimated to be $11 million USD.

Overall, according to the research of national paper El Tiempo, corruption in the private sector cost the Colombian state approximately $7.78 billion USD in 2016. A figure that makes many shiver.

Beyond a doubt, corruption is one of the main hindrances to the country’s development. However, efforts have been placed in order to eliminate corruption so that Colombia can advance as a more powerful economy. Below we will outline what the country has been doing to fight the deceit.

The Effort to Fight Colombian Corruption:

The current President Juan Manuel Santos was the first to include anti-corruption measures in his presidential program and was responsible for the implementation of the Anti-corruption Act of 2011 and the creation of a new Anti-corruption office in the Presidency. These two institutions have greatly contributed to curbing corruption. The Anti-Corruption act criminalises certain forms of bribery and corruption. In February 2016, in order to regain the trust of foreign investors, Colombia’s congress passed a new Transnational Corruption Act. This was the first foreign bribery law implemented in Colombia. 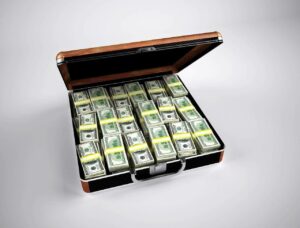 This transnational law agreement preceded the measures Colombia promised it would take at the Anti-Corruption Summit in London later that same year. These measures included filing a bill to protect whistleblowers.

Corruption has been deemed the number one public issue by the Colombian people as the 2018 election approaches, forcing the 26 candidates in the running for next year’s election to make anti-corruption a policy priority.

The National Civil Commission for Fighting Corruption (CNCLCC), has taken a vital step forward in fighting against corruption by adopting an anti-bribery law implemented in March this year. This law is one of the commitments Colombia made as it sits on the waiting list of countries set to join the OECD.

2. The crackdown on corruption in the judiciary:

The Colombian police forces are also known to be corrupt. Following recent shocking scandals of bribery released in the press, a substantial amount of effort was put towards reforming the Colombian police forces. Resulting from the scandals, Colombia’s national police fired 1,400 officers in April and May 2016 as part of a crackdown on corruption. The police forces are increasingly fighting against bribery at all levels as corruption makes people question their legitimacy.

The reasons why corruption is at the top of Colombia’s agenda can be attributed to the rise of independent national judiciaries, the primordial position social media holds in Colombia’s society and the growing middle class which is increasingly concerned about Colombia’s governance.

The rule of law has moved from being a concept to finally a widely shared principle in Colombia among the new generation of young Colombians. This has had direct repercussion in the political sphere as we saw earlier because all the future candidates for the 2018 elections will be actively campaigning against fraud and corruption.

The Importance of Due Diligence in Colombia:

If you have a business and you want to incorporate a company in Colombia, you may be thinking that this is all quite off-putting. However, it is important that you follow the laws and regulations correctly so that you can operate your company without risk in Colombia.

There are ways you can be sure you are enacting within the precincts of the Colombian law – in order to do so, you will need local expert lawyers who are well aware of the law to assist you in your business dealings. You will also need to make sure that who you are working with are trustworthy partners that are also doing business legally in Colombia. If not, you could be held responsible for the wrongdoings of your partner company.

For example. let´s imagine that you’re a foreign mining company and you want to sign a contract with a Colombian mining firm. You will need a company which offers back-office services to assist you in completing a due diligence in Colombia. This is a sort of investigation which aims to make sure that your future client or business partner is operating legally. Therefore you will know that you and your partners are working in accordance with the law.

Biz Latin Hub can do this for you. We offer back-office services which include legal support, accounting and payroll, and immigration services to foreign companies investing in Colombia. With our team of local expats, we can help foreign companies to successfully do business in not only Colombia but in Latin America as a whole. If you want to be certain your company is operating legally in Colombia, don’t hesitate to contact Craig our CEO in Colombia at here or simply visit our website at www.bizlatinhub.com

If you need more information about how to complete a due diligence, please watch this video on the services we offer!

Due Dilligence Services in Latin America