Commercial Opportunities for Cannabis in Paraguay

The world is watching Latin America, as key players lead the world’s developing cannabis industry. Looking at recent trial steps taken by the government, the market for cannabis in Paraguay appears to be one of the next to develop.

Several countries have already reviewed and changed their local laws on cannabis cultivation, manufacture, distribution and exporting and importing. We look at Paraguay’s recent decision to trial a licensing process for cannabis production in its territory. 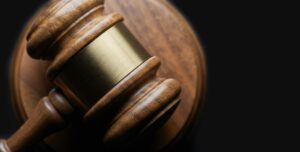 Since the 2000s, countries all over the world have been lightening their stances on personal possession of cannabis. In 2005, Chile legalized personal, individual consumption of cannabis.

Brazil also legalized possession and cultivation for personal use in 2006. Mexico and Argentina followed suit in 2009, as did Colombia later in 2012.

2013 was a landmark year for cannabis in Latin America. Though this development flew under the radar for several years, Uruguay was actually the first country in the world to legalize recreational cannabis, having done so in 2013. Colombia stole the spotlight, however, when medicinal cannabis laws and licensing opportunities emerged from the agricultural giant from 2015 onwards.

Now, Mexico, Peru, Ecuador, and Paraguay are paring back their legislative restrictions on cannabis piecemeal. The plant and its derivative products have been decriminalized to varying degrees in these nations. Cannabis oil is now permitted in Peru. Mexico currently allows cannabis with a THC content of less than 1%, but further reviews are underway. In mid-September, Ecuador joined the bandwagon by announcing reforms to laws around personal medicinal use of cannabis.

Journey to legalization for cannabis in Paraguay

In 1988, Paraguay implemented a drug law (Law No.1340) allowing individuals to possess up to 10 grams of cannabis for personal use. It wasn’t until 2007 that Paraguay legalized cannabis for medicinal use, though the proposed framework for implementing a medicinal cannabis industry wasn’t approved until 2018. Even then, business opportunities were not available to supply medicinal cannabis products to the public. 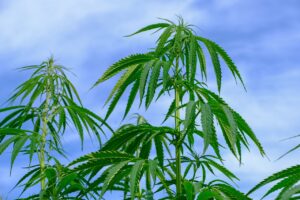 Despite strict laws criminalizing cultivation and distribution, Paraguay cannabis had long been supplying the rest of Latam.

Despite strict laws criminalizing cultivation and distribution, Paraguay had long been considered the largest supplier of cannabis to the rest of South America. A legalized cannabis industry – as observed in neighbouring countries – has the potential to dampen illegal drug trade and generate a new revenue stream for the government.

Though individuals have been permitted to import cannabis in Paraguay for medicinal use since 2018, each case for doing so is assessed individually and only small amounts have been brought into the country due to costly import prices.

At the same time, the Senate approved a separate bill permitting the personal growth of cannabis in Paraguay for medical use, provided the user presents a certificate authorized by the Ministry of Health. Their property must also be approved by the SENAD as suitable for growing cannabis. This bill must now be approved by the Chamber of Deputies before it is introduced into law.

Paraguay’s government authorities opened up licensing opportunities for businesses looking to cultivate cannabis for medicinal purposes in the country. They’re willing to distribute medical cannabis products to people for whom there’s evidence cannabis products can assist them medically.

These 5 licenses enabled businesses to conduct operations in the Central Department only. Paraguay’s cannabis lawmakers, however, indicated that both the number and location could be expanded based on how this initial process goes.

Applicants for this round of licensing were required to submit their proposals for cultivating, manufacturing and transporting cannabis. The application process required details about companies’ intended security measures, and adherence to Good Manufacturing Processes (GMP).

With the latter in mind, Paraguay is looking to permit businesses with these licenses to export their cannabis products. Those interested in doing so must also submit their plan for exporting their product as part of the license application process. 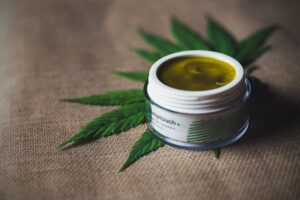 Paraguay will permit businesses with these licenses to export their cannabis or hemp product.

A committee will be assembled to review these applications. It will include officials from various agencies, including the Ministry Industry and Commerce, Ministry of Health, National Service for Plant and Seed Quality and Health (Servicio Nacional de Sanidad y Calidad Vegetal y de Semillas), and the SENAD.

The press conference outlined that the responsible agencies intend to grant licenses by December 2019, and that those who obtain them must begin their licensed operations within 2 years.

This licensing process for cannabis in Paraguay is restricted, and will only be available for a short amount of time. However, should Paraguay decide to continue to offer licenses after this initial phase, businesses should be ready with their market entry strategy and proposal for cannabis-related operations.

As a strategic hub for commercial activity in Latin America – located next to several of the region’s major economic players – investing in Paraguay offers valuable perks for business. Paraguay holds key trade relationships such as the country’s membership to MERCOSUR, an important trade bloc and fifth-largest collective economy in the world. It’s the country’s connectivity, paired with its consistently positive economic growth, that make Paraguay an ideal location for Latin American expansion.

Prepare your market entry strategy for cannabis in Paraguay with us

Many nations, like Paraguay, are testing the waters of a decriminalized cannabis industry. The concentration of law reform in Latin America makes the region a hot spot for activity in this space, and it’s an opportune time for investors and cannabis businesses to consider their expansion options.

At Biz Latin Hub, our teams operate across all Latin American countries that are revisiting their cannabis laws. Our suite of market entry and back-office services provide top-quality support to our clients during their company expansion process.

Reach out to us today here to find out how you can take advantage of commercial opportunities for cannabis in Paraguay.