Healthcare services are feeling the effects of globalization. Medical tourism is one of the fastest growing industries in the world today, which is why we are going to examine its impact in Mexico. We are going to see that it is a booming sector for various reasons. As a result of the increase in the sector, there is a full suite of business opportunities for opening up to foreigners investing in Mexico.

While a family of five living in the South of England are getting ready for their “booze cruise” weekend out in France to stock up on relatively cheap French wine, Samantha is in San Francisco, California, planning her next trip to Merida, Mexico for an affordable nose job. Healthcare services, henceforth like any other products on the market, are becoming more and more competitive as patients are willing to travel abroad for better treatments and prices. 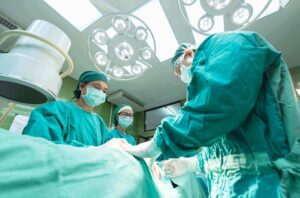 There is a growing number of expats getting surgery in Mexico.

In the whole of the Western Hemisphere, Mexico is the most popular destination for North-Americans who are looking for affordable healthcare. As of last year, more than one million foreigners travelled to Mexico for a large range of medical treatments. As a result, Mexico’s earnings from medical tourism have significantly increased in the past decade, growing from $544 million USD in 2006 to $4.7 billion USD in just 2016. And the trend is only predicted to grow further.

Why is there Such a High Demand for Healthcare Services in Mexico from US Nationals?

Mexico is a retirement paradise for U.S citizens. The southern regions of Yucatan, Campeche and Chiapas are particularly popular and have an ever-increasing number of newcomers and settlers. With their US pensions in dollars, these retirees can afford to have a nicer life for less in these heavenly regions of Mexico where the weather is ideal all year round. 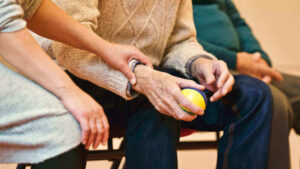 As most of these Americans are elderly, they are in particular need of medical treatments. Although it is difficult to know the exact number, it is estimated that at least 1 million or so American citizens live in Mexico. This generates a significant amount of business for Mexican hospitals and clinics which offer the same if not better quality of treatment than in the US.

Medical tourists are those who really symbolize this phenomenon because the reason for their trip is purely medical as opposed to expats who just want to live a better life or retire in Mexico. These are of all ages and places in the US.

Their inflow in Mexico is intimately connected to U.S. politics regarding healthcare. The US, as of today, does not have any form of universal healthcare but instead a complex system of private insurance and government-provided healthcare that many can’t afford. Barack Obama’s attempt in 2010 to trigger a reform with the launching of Obamacare (the Patient Protection and Affordable Care Act) gave millions of Americans access to basic healthcare support. Even then, not all Americans had access to Obamacare as it wasn’t universal. 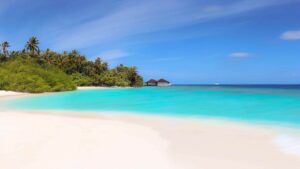 Relax after surgery on the beaches of Yucatan.

Since President Trump’s election, Obamacare’s repealing is being debated in the Senate, putting millions of Americans at risk of losing the little government support they previously had.

In the meantime, the Mexican expertise in Medicine is growing with a new generation of experts offering services at very competitive rates. A plastic surgery procedure such as rhinoplasty (nose job) costs approximately 56% less than in the U.S. while a heart valve replacement can be as much as 89% cheaper for example. One can imagine that the price of the flight ticket to Mexico represents only a small part of the investment.

Although many doubt of it, if Trump Care becomes the law, the Congressional Budget Office estimates that 15 million Americans will lose their health insurance. This would bring a huge amount of medical tourists to Mexico and a full range of business opportunities for businesses involved in the healthcare sector.

A great number of business opportunities are emanating from this expanding industry, especially as it is predicted to grow even more in the next few years. For example, Biz Latin Hub was approached in 2016 by a US based client with international experience in the medical billing industry. This company sought to enter the Mexican market to help patients with medical billing services by organizing US insurance claims for them. The company not only lacked knowledge in the market and the industry but also needed connections and Spanish speaking experts. Biz Latin Hub organized the company’s formation in Mexico. It proceeded in 4 main steps.

This was a comprehensive market research undertaken by the Market Entry Services Team of Biz Latin Hub. It contained all the relevant information concerning the medical billing industry in Mexico. This market research was also geographically targeted, mostly in the regions previously mentioned.

Not only did Biz Latin Hub hunt for the best possible Mexican employees for their client, but they also organized their payroll in order for the client to be able to fully focus on the incorporation of his company.

This combines the full online establishment of the company in order to boost transactions. The website was launched at the same time as its social media. The crucial Facebook page was created and managed. Complementary to the online presence they initiated a physical approach strategy to engage directly with potential clients, firstly to explain the product, then to sell it. As a result, six weeks after the initial contact with the top target client (a hospital in Merida) the company signed a service agreement.

The final step of the process was to ensure the client’s legal and accounting framework in order to help him bypass the complexities of the Mexican market. Contracts were customized for every client hospital. In the meantime, the Biz Latin Hub accounting and finance teams ensured that all financial transactions from Mexico to the US and back undertaken by the client were in line with the rules and regulations established by the SAT (Mexican tax authorities).

Biz Latin Hub is a market leader in helping both local and foreign companies to successfully do business in Mexico and the whole of Latin America and can help you with our multilingual back-office services. If you want to succeed like our client did, let us help you in forming your company in Mexico. Contact our country manager Alex at here or just simply visit our website at www.bizlatinhub.com.