Cannabis Sector Expected to Boom as Mexico Moves Towards Legalisation

Unfortunately, for the last decade or so, the topic of drugs in Mexico has been synonymous to a brutal and devastating failure of a war which originally attempted to uproot the cartels that rage rampant in the country and cause so much suffering. It is estimated that in the 12 years since the official start of the war, there have been an astonishing 235,000 casualties. For this reason, the news that Mexico could be the next country to legalize the recreational use of cannabis came as a surprise and has caused something of an earthquake in terms of analyzing the debate on the drug.

The following article will provide a brief history and update on drug legislation in Mexico and will try to isolate the potential business opportunities that this news may bring to Mexico by referencing some other success stories of legalization. 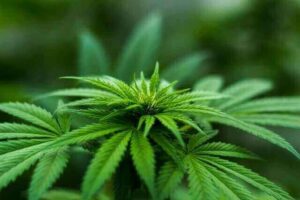 Mexico has made the surprising announcement to legalize marijuana.

To assess this piece of pending legislation, it is necessary to take a step back and consider how Mexico, a country associated with such a heavy, conservative and aggressive drugs policy came to be one of just 2 countries in the world (and 10 States of America) to legalize marijuana.

It all begins with a drug trade largely fuelled by the northern neighbors of the United States. Described as 20th-century phenomena in an Oxford University research paper, the natural presence of opium and Cannabis sativa and the geographical location of Mexico have meant that since as early as World War II the North American nation has played a crucial role in the international trade of narcotics. The industry began growing indefinitely in the 60s and 70s with many experts suggesting that inflammatory laws from the United States that aimed to curb drug production only served to provoke and encourage the industry. The growth of the drug trade culminated at the turn of the millennia with an almost monopolistic like state of control being enjoyed by Mexico’s cartels. Failed attempts to end drug trafficking in the Caribbean and in Central America in the 80s and 90s simply shifted the “geographic locus” of the war to Mexico where it has remained ever since. In 2010, the complexity of this vicious circle-like relationship with the United States that has endured since the early 40s was summarised by former Mexico president Felipe Calderón, the very same who declared the infamous War in 2006, in the following way:

Is Hope on the Horizon?

Fast forward to October/November 2018, and the first seeds of true progression have been sewn. A new mist of hope and optimism has fallen over Mexico. 2017 saw a record 30,000 murders which pushed president-elect López Obrador to promise to change the country’s stance on combatting violence and trafficking. He recently announced that you “You cannot fight violence with violence”. Early signs suggest he will adopt a far more pragmatic and infinitely less heavy-handed approach. The first development that suggests this pledge may come true is indeed the move towards legalization of cannabis in Mexico.

The new bill will allow for companies to commercialize marijuana and will allow individuals to possess a maximum of 30 grams, as well as producing up to 480 grams for private usage so long as they register with an anonymous governmental register. Despite already having made the first steps to liberalizing drug laws in 2009, when possessing small quantities of marijuana, and near trace amounts of cocaine and heroin was decriminalized, the sentiment within the country was that it was not sufficient and that a more dramatic revolutionary revamp of the drugs policy was needed. This has now happened thanks to a groundbreaking Supreme Court ruling in November 2018 which shook foundations. They settled a case which had been opened no less than 5 years previously and ruled that forbidding medical companies to grow plants for medical purposes was unconstitutional on the grounds that it curbed personal liberties. This decision was what set the judicial precedent and paved the way for the bill to be announced. 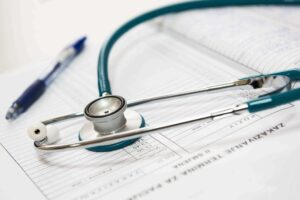 Many people are in favor of legalization for its medical purposes.

It is quite hard to predict what business opportunities will arise as a result of this announcement. Given that the bill has not come into effect, the significance (which is not to be downplayed) remains predominantly political. With this being said, liberalization projects in other parts of the world, such as in Portugal, have been largely successful which allows us to make some educated guesses on the future of marijuana in Mexico.

The first and most tangible change that Mexico will hope for is that the money that will be raised through proper regulations on drug sales will help kickstart the country’s economy. It is estimated that every year Mexico misses out on tens of millions of dollars as a result of marijuana-related illicit activity driven by cartels. By establishing a trustworthy and transparent market, the money will be removed from the dangerous cartels and will be accessible for reinvestment into rehabilitation, infrastructure and development projects that will benefit the country.

Another associated benefit for business and investors is that assuming the cleaning-up process of the marijuana industry does successfully root out crime and delinquency, it would dramatically improving security and crucially, perceptions of security in the country. The tourist industry may improve as a result.

With the expected legislative changes expected to take place over the coming month, investors and looking to Mexico as an ideal location to establish operations in the medicinal marijuana sector. Many American and Canadian investors have had commercial success operating in this sector in Colombia; Mexico provides all the same advantages, but with logistical benefits.

Want to Learn More about Cannabis in Mexico?

The surprising announcement that Mexico would legalise marijuana still is resonating and it is very hard to estimate exactly what the impact of this bill will be. All evidence points to a potentially positive shift in the development of the Mexican Drug War and hopefully the start of a new chapter of peace and security in the country, as well as a fresh wave of investment and tourism. To navigate this complicated and unclear revelation, you will need to ensure that you have conducted significant research and conducted a thorough due diligence report on the risks of the involving yourself in this potentially rocky sector.

Biz Latin Hub can be the perfect partner to help you ensure a safe and risk-free passage into the Mexican market thanks to our team of local legal and accounting experts. For any questions concerning the legalisation of cannabis or anything to do with conducting business in Mexico, contact us now.

Interested in forming a company in Mexico? Unsure of the incorporation process? Watch this video and discover how.