Why Mexico Remains an Attractive Mining Destination Despite Tax Increases

For some years Mexico led Latin America in terms of mining exploration and production, reaching its peak in 2012. Unfortunately, last year it lost its first position in the industry to Chile. Nonetheless, Mexico is the fifth most significant market globally for mining and it remains an attractive market for  investors, receiving US$5.2 billion in investment in 2015. The industry represents 5.5% of Mexico’s GDP and according to ProMexico, generated 345,000 jobs in 2015. Canada invests the most in the country’s mining sector, at 65%, followed by the USA, at 17%.

Mexico’s government has long pursued a pro-investment and export policy when it comes the mining industry. Foreign investors operating in Mexico have enjoyed the benefit of being able to own 100% of the capital of mining assets over a 50-year concession period, which may be renewed for another 50 years following that. Reforms were passed historically to lower legal hurdles to operating in the mining industry and the irradiation of the main harmful mining union.

The costs of running a business in the mining sector in Mexico are also very competitive. Energy prices for the industrial sector reduced by 26.8% between 2014-15 highlighting yet another reason to invest in the Mexican mining industry. 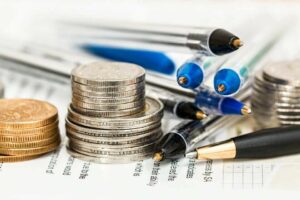 The Mexican tax reform resulted in some changes to mining taxes in Mexico. Changes to the Federal Duties Law (FDL) included a special duty on mining that applies a 7.5% taxation on mining earnings. The corporate tax rate was also increased from 28% to 30%, and the method of tax deduction of exploration expenses was changed to be more than 10 years on the straight line basis compared to total investment being deductible in the year it occurred.

There has been a 50% increase on the duties applicable for unexplored or non-exploited licensed hectares for two consecutive years during the first eleven years since obtaining the license. In addition, a mining duty on the sales of gold, silver and platinum is payable at a rate of 0.5%. Prior to the tax reform, Mexico was one of the few countries that did not apply mining taxes or royalties, and although players in the industry accepted this as an expected adjusted, it still caused ripples.

The newly collected taxes are collated in a fund for regional sustainable development and distributed amongst municipalities and states. In 2015, 25 regional development committees were formed to manage the fund, made up of representatives from the federal and state governments, municipalities, native and farming communities and mining companies. Proceeds are intended to be utilized for a variety of social purposes and in 2014, funds collected reached $2.6 billion MXN (US$137.6 million)

Despite the challenges brought about by changes to the tax law, Mexico remains a highly attractive market for foreign investors, with roughly 70% of its territory still unexplored.

At Mexico Business Services, as part of the Biz Latin Hub group our group of experts are able to help you company to enter and operate in Mexico. Should you have any questions regarding the first steps to take, we’ll be glad to guide you in the right direction. Don’t hesitate to contact us today.