Mexico Will Be the Next Big Thing for Legalized Cannabis Production

The legalization of cannabis is becoming more and more popular around the world. Mexico is now going through the motions of legalizing the plant to an extent not often reached – recreational use. That the nation cannot reasonably enforce current laws against personal use of the plant is a good indicator the legislation will pass, and offer formalized means to produce cannabis products.

The Mexican ‘Amlo’ government (short for president Andres Manuel Lopez Obrador) wasted no time, once elected, in sending Mexican officials to Canada in 2018 to discuss legalization. 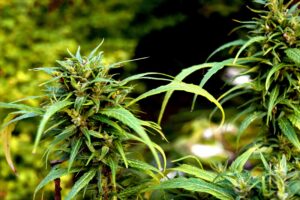 Mexico’s proposed legislation takes a 180-degree turn on the country’s historic ‘war on drugs.’ It would allow possession, public use, growth and sale of marijuana. The government aims to pass this legislation and legalize cannabis in these forms by October 2019.

The excitement behind Mexico’s potential

Mexico is the second-largest economy in Latin America, presenting an enormous opportunity for cannabis producers around the world. The population of 123.5 million people gives cannabis companies access to a domestic market alone of nearly 11.7 million users for medicinal purposes.

Mexico currently has the potential to become a prominent global supplier of cannabidiol, a component of the cannabis plant. Companies that provide cannabis-based medicines, cosmetics, food, and other products will feed into a centralized Chamber of the Cannabis Industry in Mexico. This will help the nation regulate production, and offers institutional support for businesses looking to build and expand operations.

Businesses and investors are particularly excited about Mexico’s proximity to Canada and the increasing number of cannabis-friendly US states.

After legalizing cannabis in June 2018, Canada’s suppliers and consumers have been left wanting. Severe underestimations of the industry’s boom rendered suppliers under-prepared and under-stocked. The nation’s suppliers are still searching for sustainable supply chains of cannabis and its associated products. Ultimately, they began turning to Latin American Markets for solutions.

Mexico, a powerful Latin American economy with well-established trade connections to North America, is in a position to help.

Though Mexico’s climates are varied, the 15% of the nation already dedicated to agricultural crop growth offers favorable conditions for the mild, weather-loving plants.

Agricultural experts on hand to help

With agriculture being such a successful industry, Mexico will be able to meet the soaring demand for cannabis.

Agriculture is a historical staple of Mexico’s economy, dating back to its Mesoamerican proficiency in developing domesticated plants. These include beans, maize, tomatoes, squash, avocados, cacao, cotton, vanilla, and spices.

Although it contributes to a smaller share of the GDP nowadays, generational agricultural expertise remains abundant. Establishing a resilient crop supports employment opportunities and job growth. Ultimately, this gives back to communities engaged in agricultural information-sharing.

Expanding into Mexico’s emerging cannabis market doesn’t mean ‘doing it alone.’ Agricultural experts  and other Latin American cases of successful cannabis production provide abundant information and advice. Thus, giving investors and businesses the comfort and framework to support their success and to establish a local business.

Investors are moving in

Mexico can go further than ease the shortages felt by its Northern neighbors. The country has the potential to become a leading supplier to the global demand for cannabis.

Legalization continues to seize world governments. In general, countries are tackling this in a piecemeal approach, as they first need to address long-standing internal prejudices against the industry. While this process draws out, their industries remain immature and underdeveloped.

Mexico’s largely pro-legalization population and officials have the chance to pounce early. For investors and businesses, this is a chance to get ahead of the curve and establish their operations in a powerful Latin American economy.

The positive effects of legalizing cannabis range far past just making a profit. For instance, a cannabis industry in Mexico could help bring in US$1.2 billion in tax revenues to the country. Additionally, decriminalization could save the country over US$200 million in law enforcement costs. Finally, given the sheer size of the market and its valuation, it would create thousands of jobs and decrease Mexico’s unemployment rate.

Sanchez applauds Mexico for taking steps to open and regulate this market, pointing out that the next move needs to focus on developing a strong legal framework for manufacturing.

Work with the experts to get started

With stable legislation supporting production processes, Latin America will become a dominant supplying region of cannabis extracts and derivatives to the world.

If you’re looking to enter the cannabis market in Latin America, reach out to the local experts at Biz Latin Hub. Our team expects a bright future ahead for the region’s medicinal cannabis industry. The industry is open for those international investors on the lookout for new opportunities, and now is the right time to get started.

Reach our team of experts today via email here for personalized support on your journey.