Opportunities for Doing Business in Mexico

Mexico has the second-largest economy in Latin America, behind Brazil. This is due to its increasingly growing GDP, low cost of labour and a geographical advantage being on the doorstep of the economic powerhouses, United States and Canada. Mexico has seen an increase in Foreign Direct Investment (FDI) due to several beneficial commercial conditions and emerging industries. As a result, many investors and entrepreneurs are offered high prospects for success when doing business in Mexico.

Plus, the newly revamped North American Free Trade Agreement (known as NAFTA or T-MEC) offers preferential access of 80% of Mexico’s exports to the US and Canada, valued annually at around US$291 billion and US$22.6 billion respectively.

Furthermore, the European Union (EU) free trade agreement eliminated 82% of tariffs on Mexico’s exports, reaching US$23 billion in value for products and services in 2015. With these strong trade agreements, Mexico is set for continued economic growth entering in 2020.

Robust growth supports opportunities for doing business in Mexico in 2020 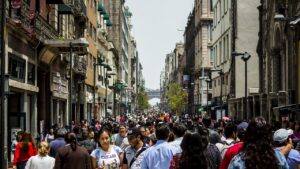 Mexico is on track to break into the top 10 largest economies in the world within a decade.

Mexico is on track to break into the top 10 largest economies in the world within a decade. As 2020 approaches, economists are forecasting a GDP growth of 1.2% and in 2021, another 1.8%.

This growth can be attributed to increasing domestic demand, and returns on public spending and business investment backed by an increase in household consumption and an overall greater monetary capability. The flexible exchange rate enables Mexico to successfully absorb any financial shocks without major financial repercussions, which has kept a healthy automotive, oil and tourism sector thriving. According to Banamex, by 2020, the inflation rate should drop down to its target of 3%.

Andres Manual Lopez Obrador (AMLO) took presidency in Mexico in December 2018. Since coming into power, the AMLO Government has cracked down on corruption, which resulted in a 20% decline in theft of fuel in March and May of this year. This is coincided with an increase in security, which saw the expansion of the National Guard.

In November, the AMLO government announced a US$43 billion-dollar infrastructure program financed by the private sector, which will mainly focus on transportation projects.  This will help keep President Lopez Obrador’s target of 4% economic growth on track over his six-year term. The Economic Secretary of State, Garciela Macquez Colin recently said that, “The Government is hopeful of negotiating the elimination of all tariffs on steel and aluminium before the ratification of the United States Mexico Canada Agreement”. Mexico’s foreseeable future looks promising with growth in productivity, stronger institutions, and quality of service delivery and infrastructure, brining stability and prosperity to a growing domestic market. Doing business in Mexico is therefore a highly competitive option for multinationals and entrepreneurs looking to expand into Latin America.

The importance of the tourism sector

Mexico’s tourism industry has been a fundamental contributor to the growth of the Mexico economy for a number of years now. This is not surprising as Mexico has been ranked ninth in the world for international tourists for arrivals (2017).

This popularity can be attributed to Mexico’s iconic beaches, geographic location, improvement in transportation infostructure around hot spots and finally, low comparative costs for holidaymakers.

The sector contributed to 8.5% (2014) of GDP growth in 2014 and provides 2.3 million full-time equivalent jobs. The tourism sector has shown to be highly resilient to any external factors, this can be best highlighted with the quick rebound of visitor numbers after the global financial crises, and internal factors such as security issues, health scares and natural disasters.

Although there has been a recent drop from US tourists 87.3% in 2005 down to 79.6% in 2014, there has been a spike in arrivals from other neighbouring countries, such as Colombia which saw a 41% growth of arrivals from 2012-2017. The regional rise in wealth of local and international middle-class demographics, combined with Mexicans preferring to travel domestically, has also helped the growth of the tourism sector. This growth makes it an opportune area to consider doing business in Mexico. The future of tourism in Mexico looks very promising with its resilience to uncertainty and growing domestic and inbound tourism. 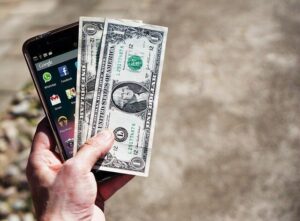 Mexico is the second-largest market for young tech companies in Latin America, which is expected to contribute US$68.2 billion to the economy by 2022.

Mexico is the second-largest market for young tech companies in Latin America, which is expected to contribute US$68.2 billion to the economy by 2022. This represents a growth increase of 40% growth annually. In particular financially technology or ‘fintech’ shows a lot of potential as an emerging market for doing business in Mexico. This can largely be attributed to the passing of the Fintech Law in March 2018.

Mexico’s Fintech Law essentially enables start up fintech firms to more easily enter the Mexican market. In 2018, it was reported roughly 100 new starts up were established in 2018 alone. Fintech activity appears to be concentrating in Guadalajara in Jalisco, the second-largest city in Mexico, now dubbed as the Mexican Silicon Valley.

Guadalajara is now home to 600 tech companies and that number is on a steady upwards trajectory. This emerging tech scene has created over 78,000 jobs in IT alone.

Why invest in tech business in Guadalajara?

Tech growth in Guadalajara can be contributed to three main factors. Firstly, Guadalajara is home to a number of technology institutes and Universities which produces a total of 6,000 IT specialists annually. The median age of the city as 25 years old, meaning these specialists are generally younger, and enthusiastic about developing their tech career.

Secondly, while the economy of the broader Jalisco area is predominantly IT driven, it also houses other large revenue-generating sectors, such as the agriculture, bio technology and automotive. This makes Jalisco’s the economy highly diverse. A diverse economy will help the state of Jalisco economy recover quickly from financial difficulty and provide greater options to those looking to do business in Mexico.

Lastly, US tech firms have chosen to do business in Guadalajara, due to its low costs and strategic position. Guadalajara offers direct flights to and from the US, offering greater convivence to those traveling business.

The growth of the fintech ecosystem in Guadalajara looks very promising in 2020, with local Jalisco government by developing new public policies to support fintech activity. These policies will be aimed at enhancing the living standard of the state, making Guadalajara an attractive place for FDI, especially for tech companies.

Mexico is on track to legalize cannabis for both recreational and medical use. In early November, the supreme court gave congress a 6-month deadline for a verdict of the proposed bill, by 30 April 2020. If successfully passed, this proposed bill will offer huge economic benefits to the Mexican economy and in so will make doing business in Mexico far more attractive for opportunistic entrepreneurs.

Between 2014-2018, worldwide sales of cannabis have tripled and generated US$10.9 billion of revenue. In Mexico, market intelligence is forecasting the value of market to reach US$2 billion early on and, according to Mexican Senate, Cora Cecilia Pinedo Alonso US$12 billion by 2029. This evidence can be supported by Mexico hosting the world’s largest adult-use market by population if legalized.

Investment opportunities to emerge from the legalization of cannabis in Mexico

If legalized, Mexico will quickly set itself on a pathway to be the largest producer of medicinal marijuana cultivation in 5 years. The focus for the AMLO government is to now successfully implement procedures and enforce strict regulations to the industry to develop a secure, profitable cannabis market in Mexico. 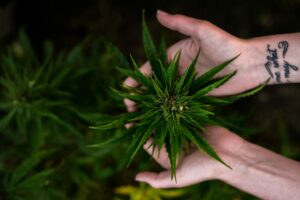 If legalized, Mexico will quickly set itself on a pathway to be the largest producer of medicinal marijuana cultivation in 5 years.

Through offering a range of diverse products such as oils, hemp-based products and extracts the cannabis industry offers a number of growth sectors. One industry showing great growth is Mexico’s Hemp CBD Market which is expected to have a 34% compound annual growth rate by 2025.

Once legal, early investors will be able to tap into a thriving industry and capitalize on available market share. Combined with relatively easy market entry, there are exciting opportunities for foreign companies to take full advantage of in the budding cannabis industry expected in 2020.

There are some clear advantages to doing business in Mexico in 2020 and beyond. As the economy grows and public policies become more supportive to foreign investment, this Latin America player is set to rise as one of the world’s more attractive commercial hotspots.

If you’re looking to do business in Mexico, we recommend consulting a legal expert in Mexico on the start-up process. You’ll need guidance to ensure your business stays compliant with local laws and regulations throughout the entire company formation process and in an ongoing capacity.

At Biz Latin Hub, our team of local and expatriate professionals offers personalized market entry and back-office solutions to ensure your success entering a new market.

Reach out to our friendly Mexico team today via email at [email protected] for support on your journey.

Learn about our team and expert authors, and check out our short presentation offering further tips for doing business in Mexico.