Outcomes from the Upgraded NAFTA for Mexico

The negotiation of the new trade agreement between Mexico, the United States and Canada (USMCA) supported the continuity of the North American Free Trade Agreement (NAFTA). These agreements were born out of the need to develop a more economically competitive region.

Even though Mexico has access to a market of more than one billion consumers in the world thanks to its commercial agreements with 46 countries, the treaty with its northern neighbors is the most important due to the volume of business it represents. We explore the changes to NAFTA and why incorporating in Mexico is now more appealing for foreign businesses.

Upgraded NAFTA for Mexico – What is NAFTA?

Briefly, NAFTA was the 1994 free trade agreement (FTA) between Mexico, the United States and Canada. This was the largest FTA in the world, given the size of the three markets involved. Collectively, the total GDP of the three member nations totalled over US$20 trillion. This agreement is also the first of its kind, whereby two developed nations entered an FTA with an emerging market.

NAFTA’s significance lies in the member countries’ agreement to reduce or remove trade barriers between them. This move was aimed at driving investment opportunities among the three markets. 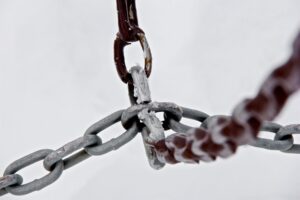 The new trade agreement, USMCA, maintains many principles similar to those of NAFTA, but also several substantial changes with respect to its predecessor.

During the 2016 presidential campaign, the exit of the USA from the North American Free Trade Agreement (NAFTA) was a constant feature in President Trump’s speeches. On May 18, 2017, the President of the United States publicly requested the renegotiation of the trade agreement between the United States, Mexico and Canada.

On September 30, 2018, the US, Mexico and Canada reached an agreement to modify NAFTA. Finally, the result of the negotiations, marked by great tensions, became official on November 30, 2018 at the summit of Buenos Aires, where Trump, Trudeau and Peña Nieto signed the USMCA agreement, known as “the new NAFTA”.

The new trade agreement, now called USMCA, maintains many principles similar to those of the original NAFTA, but also several substantial changes with respect to its predecessor. Beyond eliminating tariffs, it focuses on establishing rules for trading.

What’s new in the USMCA

One of the biggest additions in the USMCA is the anticorruption chapter. It is one of the most relevant for Mexico given the high perception of corruption in the country. Actions considered acts of corruption are defined inside this chapter. This includes bribes and resources diversion. The chapter establishes specific measures that governments must implement to prevent public officials from engaging in acts of this nature, like the creation of codes of conduct and measures to be applied in case any official violates such codes.

Along with a greater focus on anticorruption, USMCA also highlights a growing trend in consideration for intellectual property (IP), particularly in pharmaceutical industries. Building strong regulatory frameworks for asserting IP rights will turn the tides on investment in industries where ideas require close protection in order to be productive. Other examples of these industries are arts, entertainment, software development.

The rapidly advancing nature of digital industries means governments must make a concerted effort to keep up with them and set reasonable legal frameworks.

Another addition to this new trade agreement is the inclusion of the labor chapter. The USMCA forces member countries to treat migrant workers under the same standards as their labor laws. While this may drive up labour costs for businesses pressured to operate ‘above board’, this chapter is expected to drive employment and job growth among the three countries.

The incorporation of a chapter of digital commerce was another innovation. One of the most controversial aspects around this one, is the fact that online platforms such as Facebook, YouTube and Amazon cannot be considered responsible for content that users decide to upload to them, so they can’t be sued under such argument. However, the rapidly advancing nature of digital industries means governments must make a concerted effort to keep up with them and set reasonable legal frameworks.

What does this mean for Mexico?

The renegotiation of the North American Free Trade Agreement (USMCA) is a factor that has contributed significantly to the world’s perspective about Mexico in the present time. The modernization of this agreement brings certainty to its trilateral format and also poses new challenges and opportunities.

Perhaps the most important change for Mexico is related to the rules of origin in the automotive industry. While with NAFTA, traded vehicles were required to have a regional content of 62.5% to have access to preferential tariffs, that percentage is now 75%. In addition, between 40% and 45% of the vehicle must be produced in locations where the labour wage is at least US$16 per hour.

With internationally-set standards for regulatory robustness, Mexico is positioning itself as an attractive market for businesses from its two closest neighbours. This is a strategic move for the emerging regional power, setting Mexico on a trajectory for long-term economic growth.

Latin America, as a whole, is a region with great potential for investment and is set to be the region to look at these days. Globalization and political events in recent years have shown this is the reality. Reports show the region is now growing faster than Asia, as explosive Asian markets settle down into economic plateaus.

Opportunities for business in Mexico 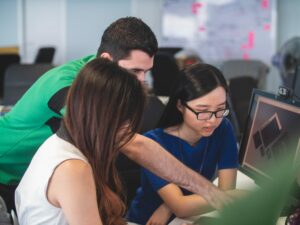 Agencies like ProMexico are waiting in the wings to support and guide fledgling businesses and branches of multinationals.

Mexico is without a doubt, one of the largest markets in the world, with a population of over 123 million. Of this number, 54.4 million make up the economically active population, and 52.4 million contribute to the working population.

Around 43% of the Mexican population is under 25 years old and the average age is 27.3 years. In Mexico, more than 120,000 engineers and technicians graduate annually. This means businesses enjoy favourable workforce conditions. Highly qualified staff are accessible and easy to integrate into the company. A high proportion of the population contribute to economically productive activities, and their participation in value chains are the backbone that strengthens Mexico’s national industries.

Consider Mexico’s booming industries as a good starting point for investment or incorporation. Agencies like ProMexico are waiting in the wings to support and guide fledgling businesses and branches of multinationals.

With the USMCA, anticorruption, fair employment opportunities, and digital commerce move the fore. Higher standards against illegal activity build confidence and offer fairer commercial conditions for foreign businesses. Consistency in regulations and compliance requirements means foreign investors and businesses are offered more economic security in Mexico. Value-add from technology brings tech startups into the region, boosting the country’s digitalisation. Plenty of opportunity waits to be snapped up in this sector.

If you’re currently doing business in Mexico or you are thinking of investing and you want to know more about how changes in NAFTA will affect you, the Biz Latin Hub group will gladly provide you with assistance.

We have a team of local and expat professionals with the knowledge and expertise of Latin American markets required to ensure your business venture is a success.

If you are interested in learning more, please contact us at [email protected] to find out how we can support you and your business with your market entry and back-office needs.