E-commerce is widely known to be one of Latin America’s fastest-growing industries. The sudden eruption in this business is thanks to a growing proportion of Latin Americans having access to the internet, either through smartphones or laptops. Technological intervention into Latin America by tech and communications companies such as Huawei have fuelled the growth of e-commerce businesses such as the Colombian unicorn company, Rappi, to take such a whirlwind clasp of the food delivery market.

Although the online B2C (business to consumer) market is locked down by the large companies, very few companies are interacting B2B (business-to-business). Like B2C amongst small retailers, B2B has not yet been fully incorporated into the psyche of Latin American business owners, or picked up by foreign actors expanding in the market. Connectivity between businesses has the capability to accelerate growth exponentially, and we explore the scope of opportunity in this space for B2B activity. 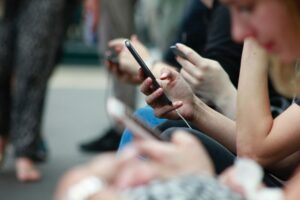 Mexico is the Latin American country considered to have the highest level of technological development and the highest proportion of people with internet access.

Today, Mexico is the Latin American country considered to have the highest level of technological development and the highest proportion of people with internet access. Mexico is certainly one of the fastest-growing e-commerce markets worldwide and the most important market in Latin America based on online sale, which amounted to USD$ 21 billion in 2017, around 20% of all Latin American e-commerce. The largest e-commerce businesses in Mexico are Amazon, Mercado Libre and Walmart. Each of these online marketplaces offer thousands of products to their browsers, making them comprehensive in terms of reach and exposure.

Additionally, online marketplaces such as those mentioned above famously reach across borders into other consumer markets regionally and worldwide. Making connections with

It is safe to say that the large e-retailers have successfully captured the Mexican online market, but where are the small retailers? Small to medium-sized retailers in Mexico lag behind the trend, relying solely on the traditional form of walk-in buyers.

An online presence can be as little as a company Facebook page or as large as a 24 hour monitored website – the scope is vast. Whatever the presence, however, it allows a business to be connected. By simply following an industry blog or news feed, businesses can keep up with the industry trends, better-understand competitors and meet prospective partner companies. Group forums are a particularly good way to network with new producers or even consumers. 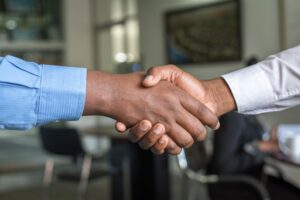 Manufacturers and retailers often have relationships for decades with little/no change over the course of it. With more B2B connectedness, these relationships can be challenged and improved.

Traditional supply chains tend to follow a pattern that have existed for years. Manufacturers and retailers often have relationships for decades with little/no change over the course of it. With more B2B connectedness, these relationships can be challenged and improved. It becomes easier to find cheaper or more reliable producers. Likewise, more efficient supply chains can be formed. Online connections allow retailers to get in contact with the manufacturer directly, cutting out the middle man (ie. distributer) and hence increasing efficiency and boosting revenues.

Expand the reach of businesses with global shipping

Sharing a border with the highest consumer nation in global history opens up an enormous market to Mexican businesses. In 2017, Mexico made up 14.5% of USA’s total trade, exporting a total of USD$ 155 billion worth of goods. The well-placed country also has ports on both the Atlantic and Pacific oceans opening itself up to two Europe, Asia and Australia. There are few better nations positioned for the import and export of goods. In terms of internal delivery, Mexico has a good courier infrastructure. Main services include Pikkop, PakMail and el Cartero. Global shipping companies such as FedEx and UPS also operate largely in Mexico. With great delivery services offered in Mexico, business to business trades are made simple.

The expansion of telecommunications companies to Latin America and a digital footprint which is growing across all nations in the region has rapidly jerked Latin society into the tech-centered 21st century. In 2013, smartphones in Latin America had an average price of USD$ 277. By 2018, that figure had dropped to USD$ 204. Today, smartphones make up 65% of Latin American mobile phones – a figure that has doubled since the 2012. Miniature computers in the pockets of business owners facilitates streams of valuable information to be at their fingertips. Communication has always been at the heart of business; this fact will never change. But the way in which communication is transferred has become faster and faster and not just one-dimensional. Emails and messages have the ability to reach hundreds of recipients not only nationally but also worldwide in just the space of half a second. The larger the network web a company has, the more opportunities are available to them.

Get in touch to get started

The internet has dramatically revolutionized international business. There are more opportunities than ever to build a companies’ global footprint. Mexico, today, finds itself at an interesting juncture in its modern history – the new rapidly expanding online connectedness and its old trading tradition. The two are slowly fusing together with initial results being positive. To bring your online business to Mexico, get in touch here for market entry advice specific to your needs.