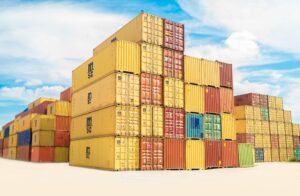 Australia and New Zealand are two countries unlike any other. They not only do they share a unique distance from the rest of the world, warm climates and a more relaxed attitude towards life and business, but they boast economies with decades of consecutive economic growth with a middle-class fueling demand for quality products, services and imports from other nations.

The two nations also share business interests. By the end of 2014, Australian investment in New Zealand was valued at AU$99.93 billion, whilst New Zealand investment in Australia was valued at AU$38.52 billion, figures that are continuing to increases as businesses take a more global attitude towards their expansions, turning to new territories to secure long-term growth. Indeed, whether you’re situated in one of the two nations or elsewhere in the world, there is something special about Australia and New Zealand, encouraging significant FDI.

Because of the sheer distance between Australia/New Zealand and major markets like Asia, Europe, and the Americas, both countries have a range of free trade agreements in place to bolster their economies and drive trade. But the countries also trade with one another, and so below, we take a closer look at the Australian and New Zealand trading relationship.

Whether you’re considering setting up a business in Australia or you’re already a key player in New Zealand and want to tap into new markets, the good news is that there is a range of free trade agreements and partnerships in place, designed to secure investment and trade between the countries. The largest of those is The Australia – New Zealand Closer Economic Relations Trade Agreement, also known as ANZCERTA or the CER Agreement. It’s one of the most in-depth bilateral free trade agreements in the world, covering trade in all sectors, encouraging trade between new and established Australian and New Zealand businesses.

The ANZCERTA wasn’t the first free trade agreement between the two countries. In fact, the first agreement was made in 1922, when the two countries agreed to trade with one another. By 1933, the Australia New Zealand Trade Agreement was introduced, giving neighbouring companies priority when trading, encouraging money to stay within Australia/New Zealand, instead of importing goods and services from economies such as Asia and Europe. 30 years later, the New Zealand Australia Free Trade Agreement (NAFTA) treaty was introduced, in a bid to remove tariffs and restrictions from Trans-Tasman trade, though this quickly became outdated as both Australia and New Zealand looked to strengthen partnerships further afield. 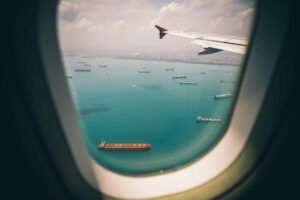 Today, the ANZCERTA is the biggest free trade deal between the two countries and offers significant benefits to firms looking to import and export to Australia and New Zealand. A firm from Asia, for example, may set up an import business in Australia, and then take advantage of Australia and New Zealand’s many trade agreements, without having to secure their own.

On a local level, the Single Economic Market approach of the trade deal means that the two economies can help businesses, consumers and investors conduct strong operations in the two countries in a straightforward regulatory environment. This effectively means being able to trade in both Australia and New Zealand, and understand the trading regulations in both, without the need for a lawyer or the need to incorporate a secondary business in the other territory.

One of the primary benefits of ANZCERTA is to increase the relationship between Australia and New Zealand and to develop stronger economic relations between the Member States. The agreement also sets out fair competition rules, so that businesses can operate in either market freely, without the worry or threat of being swallowed by a competitor who can enter the market overnight, and ensure that small and medium-sized businesses can compete.

If you’re considering expanding a business into Australia, then the Comprehensive and Progressive Agreement for Trans-Pacific Partnership (CPTPP) can also be beneficial, as it allows companies in New Zealand and Australia to trade with Canada, Brunei, Chile, Japan, Malaysia, Mexico, Peru, Singapore, and Vietnam. The CPTPP went into force in December 2018, creating a trade bloc that represents 495 million consumers and 13.5% of global GDP, offering significant opportunities for companies in each of the eleven countries involved. 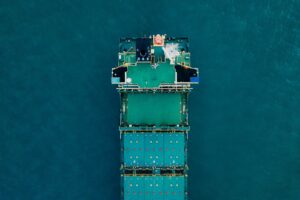 AANZFTA is another lucrative trade agreement.

The ASEAN-Australia-New Zealand Free Trade Area (AANZFTA) entered into force in 2010 with Australia, New Zealand, as well as Myanmar, Brunei, Darussalam, Cambodia, the Philippines, Indonesia, Singapore, Lao PDR, Thailand, Malaysia, and Viet Nam, offering extensive tariff reductions. In 2015, the agreement was updated to streamline the certification process of goods movement to reduce costs and compliance, and today the AANZFTA provides opportunities for exporters to enter into international supply chains and sell their products and services to consumers around the world – and indeed import quality goods to add value and sell to Australia and New Zealand’s growing middle-class consumer market.

Biz Latin Hub has a significant presence in New Zealand and Australia and offers a range of back-office services designed to help businesses increase their presence in foreign markets. From company incorporation through to accounting, recruitment, and commercial representation, you’ll find a service that will assist you in your expansion plans.

To find out more, contact the Biz Latin Hub team via [email protected], and we will get back to you with a personalized strategy designed to elevate your business to new heights – and take advantage of the lucrative New Zealand/Australia trade agreements.