What Trade Opportunities Exist for Indian and Mexican Ceramic Companies? (1/4)

The South Asian superpower India and the emerging economy of Mexico may seem worlds apart at first glance, but in reality, they share remarkably positive commercial and political ties, boasting over 10 bilateral agreements. Perhaps as a result of an effort to bridge the gap between the Latin and Asian markets, traditionally exacerbated by geographic distance, Indian presence in Mexico has grown in unprecedented fashion in recent years. As of 2017, over USD$2 billion in foreign capital investment was pumped into the Mexican economy by over 150 Indian companies has led to the creation of 30,000 jobs in Mexico.

There are many hugely positive trade relationships between Indan and Mexican companies that are already thriving such as the trading of automotive parts, however, one that has been somewhat surprisingly slow to take off is that of ceramics. In the first of 4 articles that will focus on some of the major opportunities between India and Mexico, this article will provide a brief, comparative analysis of the two respective ceramics markets in an attempt to isolate the astonishing opportunities available for Indian companies in Mexico. 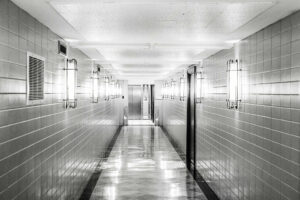 Depending on the report that you read, India constantly is placed 2nd or 3rd in the world manufacturing rankings for ceramics and tiles. The industry is booming in spite of economic troubles in India, growing at 15% per annum and has an overall value of approximately Rs 25 000 crores (roughly USD$3.5 billion), and is expected to accelerate drastically in the next two years, doubling in worth to Rs50 000 crores by 2020. Industry giants such as Morbi Ceramic Association are at the heart of this astounding expansion, setting themselves the personal target of expanding manufacturing operations by 30-40% for the end of FY2017-2018, with a final output of roughly Rs11 000 crores (USD$1.5 billion).

The industry output is measured in square metres (m²).In 2012, the Indian industry produced roughly 691 million m² annually,  rising to 955 million m² by 2016.  However, the average person only consumes about 0.5 m². This is a tiny quantity when compared to an average 5-6 m² /person in Europe. This may hint to a huge surplus of product due to incredibly low domestic consumption, but in reality, the country consumed an enormous 785 million m²  in 2016. Clearly the 1.2 billion like a tile or two between them! This disparity is somewhat explained by the fact that India only exports 186 million m²  (4th) and is not in the top 10 for imports. The natural conclusion is that the vast, vast, majority of what India produces in terms of ceramics and tiles is consumed by India, rather than sold abroad for a much higher price.

Whilst not necessarily the first country you would consider to be a major trading partner for the Indian ceramics market, there are some interesting trends that become clear once you begin to crunch the numbers. Mexico is traditionally more regarded for its glass, especially automobile glass industry rather than its ceramics. Major companies such as Vitro S.A.B. de C.V. have huge turnovers, with Vitro Being voted one of the top 14 companies in the industry. However, tiles and ceramics are playing an increasingly more interesting and relevant role in the Mexican economy, despite a somewhat rocky performance.

The positive statistics demonstrate the huge potential of the Mexican ceramics market. In 2013, Mexico was ranked #1 in Latin America for exports and at 6th place globally, exporting over 75 million m²  a year and in most other criteria (consumption, import, manufacturing etc), Mexico is in the top 10 global markets. However, unfortunately, despite the powerful monopolistic dominance of the main group Lamosa, valued at around USD$230 million and with a presence in Argentina, Colombia and Peru, the rest of the numbers make for quite complicated reading and hints to an industry in decline.

Contrary to the rapid increase in manufacturing in the time period 2012-2016 registered by the Indian market, Mexican manufacturing only increased by 36 million m². Indeed, in this same period, consumption increased steadily from 187 million m²  in 2012 to 235 million m². There is yet more negative projection as exports to Mexico’s major trade partner, the USA, have fallen from 27% in 2015 to just 18.9% in 2017, whilst trending statistics suggest manufacturing will fall in the next few years leading up to 2020. To cap it all off, and possibly the most worrying statistic for the purposes of this article, Indian exports to Mexico have fallen from 56.75 million m²  in 2016 to 45.36 million in 2017. 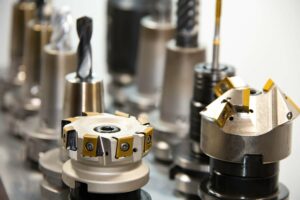 Despite the fact manufacturing is set to fall, there is huge long-term optimism surrounding the Mexican ceramics market

Despite these numbers being negative, they point overwhelmingly to a huge potential market in Mexico that is in dire need of leadership and direction. Evidence from India’s market suggests they could be the ideal partner to help reinvigorate the Mexican market. What is lacking in Mexico? Improvements in efficiency to increase manufacturing capacity and jumpstart the Mexican production line. What seems to be the strongest point of India’s ceramic economy? The rapid rate with which it is expanding. It would appear that the two economies are showing parallels that should not be seen as negative, but as an opportunity for the two friendly nations to increase their ties and to engage in further economic activity.

Indian experts in the ceramic industry may find that the hardworking workforce of Mexico, the natural resources that can be found in abundance and the strategic geographic position of Mexico as the buffer zone between North, Central and South America may make for an astute investment due to a large number of improvements that can be made to the current performance of the Mexican economy.

The infrastructure is there but help is needed!

How do I get involved with Indian and Mexican Ceramic Trade?

The point of this article was to raise attention towards the remarkable potential of the Mexican ceramic industry, and the crucial role that Indian entrepreneurship could play in revitalising the Latin country’s market. If you believe that you may have a company destined to start this rebuilding process, please do not hesitate to get in touch with the Biz Latin Hub– Mexico team today. We have an experienced group of accountants and lawyers who will be happy to assist your market entry and operations in Mexico.

For more information regarding conducting business in Mexico, check out the following video: