UK-Chile Trade Continuity Agreement: What Does This Mean for Businesses?

In modern-day globalized economies, an important factor in doing business is trade agreements. These agreements allow companies to enter countries with ease and allow them to avoid trade tariffs to varying degrees. This gives competitive advantages to international companies eligible to operate under these agreements.

By the same token, trade agreements can fall victim to uncertainty due to legislative or governmental change, companies are on edge. The implications of new or modified trade deals need to be carefully evaluated.

As the United Kingdom (UK) is preparing to leave the European Union (EU), all trade agreements the UK held while under the EU’s umbrella will cease to exist. The UK is now reaching out to strike new agreements to keep its economy diversified. One country to recently partner with the UK is Chile, called the Trade Continuity Agreement. Powerful in their own rights, the cooperation of these two countries offers positive trade benefits for businesses at both ends. Find out what the UK’s trade deal with Chile means for companies and prospective investors. 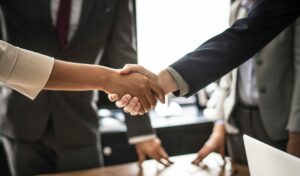 Chile is a big export partner of the UK. As the UK wine market is heavily dependent on Chile, the trade relationship between the two countries is very important.

With the pending Brexit, the United Kingdom is taking care of its trade agreements and economic ties with other countries. Chile is a big export partner of the UK with the UK exporting a worth of $771M to the country. As the UK wine market is heavily dependent on Chile, the trade relationship between the two countries is very important.

Moreover, Chile imports an estimate of $791M from the UK. The Chilean gas turbines sector is heavily dependent on the UK-Chile relationship with gas turbines totaling 27% of imports from the UK.

Clearly, the importance of the trade relationship between the UK and Chile is not to be underestimated. On 30 January 2019, the two countries signed into the Trade Continuity Agreement, securing long term mutual commitments to maintain and deepen their trade ties.

What does this mean?

This agreement replicates the effects of the existing EU-Chile Association Agreement. This is to ensure continuity in the trading relationship between Chile and the UK post-Brexit. In signing the UK-Chile agreement, both parties have ensured economic certainty. This certainty is mostly provided for businesses, consumers, and investors following the UK’s withdrawal from the EU. The agreement also protects intellectual property rights and maintains preferential market access for trade in services.

Moreover, this means the collaboration between the UK and Chile will continue. Trade in goods and services between the UK and Chile has grown by 9% per year on average since the agreement was provisionally implemented in 2003. UK exports to Chile have grown by 16% on average each year with a total increase of 351% since initiation of the agreement.

How far does this agreement reach? 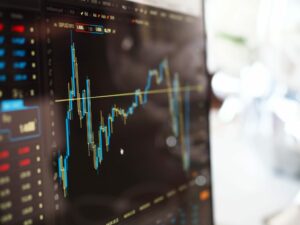 This agreement protects intellectual property rights and maintaining preferential market access for trade in services. This means expanding or investing in Chile or the UK will still be as attractive as it was before. Because companies still enjoy preferential market access, foreign investment will be having the same incentives when investing in Chile.

It will also allow British and Chilean companies to bid for some public sector contracts in each other’s countries, helping to create jobs and deliver better value for taxpayers. Of course, this means enhancing the overall economy but also opens up a number of interesting sectors for international companies.

The conclusion can be made that the reach of the agreement not only entails basic trade based on import taxes but also the ease of entry into each others’ countries. This means Chile will remain attractive for foreign direct investment. This is true for companies from the UK but also companies from other countries that seek to enter competitive markets easily.

Who are the beneficiaries of this agreement?

The Chilean and UK wine industries can enjoy a mutually prosperous from this agreement, and their prominence in each other’s wine markets will grow. The Wine and Spirit Trade Association confirmed that wine exports contribute almost £19 billion to the UK economy while supporting around 190,000 jobs.

Another beneficiary is the Chilean gas turbines import. As these turbines are used for power generation there are numerous sectors in Chile that will experience stability in the import price. Some of these sectors are the Chilean energy, mining, and agricultural sectors.

UK manufacturers will also benefit from preferential access to the Chilean market to sell their goods. This means future expansion or investment will be very attractive.

As Chile and the UK have struck agreements that will outlive Brexit, this opens doors to other countries doing the same. By paving the way in trade negotiations with the UK, other Latin American countries have been presented with the same potential for mutual cooperation.

The new trade continuity agreement will be beneficiary to many sectors within both countries. As the UK prepares to leave the EU, it has made Chile one of its first trade partners for the future. The trade relationship between the countries has grown significantly since the first free trade agreement.

It is for this reason Chile remains a very interesting destination for your investment. If you need personalized commercial assistance regarding market entry in Chile, please contact one of our local experts at Biz Latin Hub. We provide tailored back office and market entry solutions to ensure your commerical success in new markets. Get in touch with us via here for further information.