Why UK Companies Should Expand to Latin America?

Latin America is often considered the final frontier for many British exporters, who are more accustomed to finding easier pickings closer to home rather than taking advantage of international trade benefits that are farther away. Between 2011 and 2015 Britain built up a trade surplus with South America, and in 2015 the UK exported £7 billion in goods and services to Latin America. 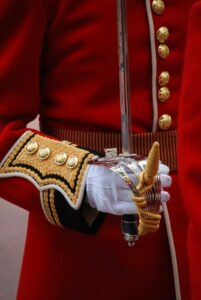 Most British entrepreneurs are still unaware of the historic links and goodwill that exist between Latin America and Britain. After the end of the Napoleonic Wars, many a British soldier took up arms with the libertadores to ply their trade in the battles of independence from Spanish and Portuguese colonial rule. In 1808, Latin America represented 40% of British exports. The good times continued; The Brits were integral in the growth of rail networks around the region, particularly in Argentina and Brazil, with Welsh farmers taking their expertise to the mountains of Patagonia with the promise of a new and better life. New trade agreements blossomed with agricultural products being negotiated on the docks of Guayaquil in Ecuador in Pounds Sterling, while Latin American governments predominantly sought finance from British Banks.

Despite the great expanses of the region and the geographic and cultural diversity, brand Britain has rarely been in such a privileged position in Latin America for international trade and business. Thanks to the London Olympics and a resurgent Royal Family in the global public eye, the hungry consumer market and growing middle-class of Central and South America is more aware than ever of the history, prestige, and quality of British goods and services. Brexit has also sparked a renewed drive for British businesses to engage in Latin America in order to strengthen the countries global presence and power. British entrepreneurs are hoping to capitalize on enthusiasm stoked by the Rio Olympic Games – forty UK companies won contracts worth in excess of £150m to supply goods and services for last year’s Olympic and Paralympic Games. 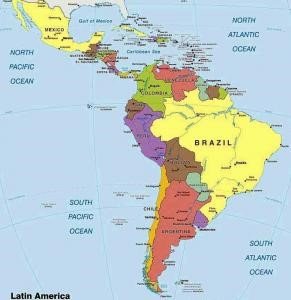 Latin America consists of an impressive:

One of greatest opportunities in Latin America is mining. Undeniably, Latin America continues to grow as an attractive destination for mining investment and exploration. The region covers one-sixth of the Earth and conveniently produces an extraordinary amount of the three most important metals: iron ore, copper, and gold. According to the Australian Trade and Investment Commission, Peru is the world’s second biggest producer of silver, third biggest producer of copper and zinc, fourth biggest of tin and lead, and finally the sixth biggest in gold. Mining is the driving sector of Peru’s economy and it is open to foreign investment (there are currently over US$10 billion in FDI in the mining sector). Another mineral in popular demand is Lithium. This is due to the recent technological advancements in electric battery cars and lighter longer lasting batteries for our future smartphones that require the special mineral. Growing demand will see an increase in investor interest in the mining sector in Chile, Argentina, and Bolivia. Over the past decade, mining investment has grown significantly and Latin America remains a hub for the global mineral industry. This region’s economy is heavily reliant on mining activity; for instance, in 2015 the mining sector represented 13% of all of Latin America´s GDP.

But the international trade opportunities do not stop just in Peru and other mineral rich countries in Latin America. The growing, young middle class represents huge growth opportunities not only in consumer goods but also in services, such as banking, insurance, healthcare, and social infrastructure. The increasingly globalized Latin American consumer is attracting the arrival of many new British products and brands to the market; from Miss Selfridges in Santiago to the iconic Aston Martin on the streets of Sao Paolo, all the way to Burberry in Bogotá and London Pride beer in Lima!

Indeed, the needs and wants of Latin American nations are changing. This presents great opportunities for UK investors in industries such as infrastructure, finance, insurance, pharmaceuticals, mining, engineering, security, environment, energy including renewables. It is a great time for investors in the UK to look towards Latin America as a promising region for international investment.

So what support is available to me?

The prospects of doing business in Latin America are more promising than ever and the team at Biz Latin Hub is ready to help you take advantage of the UK opportunities in the region. If you are planning on investing in Latin America, please contact us now.