UK Trade & Investment in Mexico – What are the Opportunities?

As the world is changing faster than it has ever before, you may be wondering where the best place to invest in is. Lately, a lot of attention has been paid to Mexico City when it comes to business opportunities. Well, there are a few reasons for that, which may appeal to you if you are a British entrepreneur seeking for a new investment El Dorado.

Genuine Strong and Stable Trade and Investment Lie Ahead Between Mexico and the UK.

Due to the geopolitical changes over the past year, there will be very promising opportunities for British investors in Mexico.

After the eventful past year, marked by both the vote of Brexit in Europe and that of President Donald J. Trump in the U.S., trade deals are undoubtedly going to be reshaped. 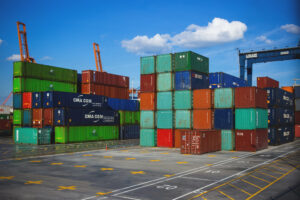 In 2016, the UK was Mexico’s fifth largest trade partner within the EU.

These changes are not necessarily for the worse, particularly in the case of Mexico. On July 27th, International Trade Secretary Dr. Liam Fox visited Mexico City to meet with his Mexican counterparts, promising changes emanated from their meeting.

After their conversation, Fox declared that the previous trade deal the UK had as part of the EU would be maintained, if not improved, by the time the UK leaves the union in late March 2019.

In 2016, the UK was already Mexico’s fifth largest trade partner within the EU. According to the economy ministry, the bilateral trade reached up to $5.36 billion that year.

Strengthening the economic ties is in both the UK and Mexico’s interests. Indeed Mexicans also have to rethink their trade politics after President Trump’s campaign promised to ditch NAFTA (North American Free Trade Agreement). Trump often refers to it as a ‘disaster’ for American manufacturing jobs and the US economy in general.As for today, 80% of Mexico’s exports go to the U.S., which probably explains why Dr. Liam Fox was welcomed with open arms in Mexico.

The British minister added that during the meeting there was a common will to defend free trade worldwide, working together to fight against protectionism.

Why Should you Consider Exporting to Mexico?

As for today, Mexico is the second strongest economy in Latin America with increasing potential for foreign investors. It has already received $7.95 billion worth of FDI during the January-March period of 2017. 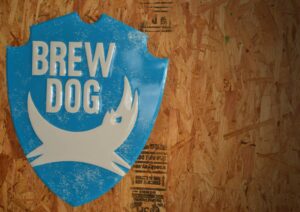 There has been an increase in exports of British goods to Mexico.

The demand in Mexico for foreign products is exploding because of its growing middle class. There is an especially big demand within the wealthy middle class that has an increasing appetite for European products. So you may be thinking of exporting your product from the UK to Mexico. If you are planning to do so, you will need to follow a few essential steps to be successful.

What Will You Need for Guaranteed Success in Mexico City?

One thing you will need in for your business success in Mexico is on the field assistance. Consult an expert company made of an up-to-date legal department and an accounting team to get your business operating successfully.

The famous Scottish brewing company, Brew Dog, has been importing its beers to Mexico since February 2017. Every two months a container full of bottled beers and kegs arrives in the port of Veracruz. From that point, a back-office service’s company helps manage all the logistics and makes sure that the merchandise runs smoothly through Mexican customs. The importer does not have to worry about its bookkeeping in Mexico either as the local expert accountants take care of the management of their funds. These accountants are aware of tax regulations and make exporting a smooth process. As a result of their successful importation strategy, the brewing company is considering doubling its exports by the end of 2017, based on the popularity of their brand in the Mexican market.

If you are interested in exporting to Mexico we can help you achieve this with success. Biz Latin Hub helps Brew Dog and countless other companies with the exportation of their products to Mexico and the greater Latin American region. We are a market leader in helping both local and foreign companies to successfully do business in Latin America, by providing a full suite of multi-lingual market entry and back-office services.

For more information on investing in Mexico, don’t hesitate to contact Alex at here to see how we can assist you with your Mexican investment.

If you need more information about how to import in Mexico, please watch the video below outlining the different steps you will have to follow: