On the 23rd of June 2016, the majority of the residents of the United Kingdom voted to leave the European Union. This was a binding referendum, more popularly known as Brexit, which has brought on unprecedented changes to the British economy – especially in regards to British trade relations with other countries. Despite the doubts that come with Brexit, the United Kingdom wants to ensure they will continue to thrive in the international sphere. This article will briefly go over Brexit and its implications, and then explain the government’s decision on 27th of September 2017 to open more trade with Latin America, specifically with Colombia, Ecuador, and Peru. 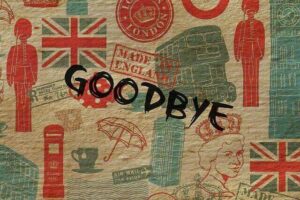 The United Kingdom has been a member state of the European Union since 1973- a union which opened up a free trade market for importing and exporting products, among other benefits. However, some decisions made for the union did not always make every member happy, leading to the eventual break between the United Kingdom and Europe. A referendum was put in place and the outcome shocked everyone following closely behind the story. After votes were tallied, 51.9 percent of the British citizens decided they wanted to leave the European Union, which put the UK on the path to leave the European Union permanently.

Consequences of Brexit on British Trade

Since the UK is no longer a member of the European Union, they can not take advantage of the European free trade area. Because of this setback, they need to facilitate new trade agreements with countries that use the products they export. The UK realizes they need to forge relationships with other countries in order to maintain their international dominance and keep up with the global trading market.They want to make sure they can stimulate more growth in trade in these next tumultuous years.

The United Kingdom Department for international trade announced that they were going to launch a new trade dialogue with Latin America in order to develop more trade relationships around the world. They want to be a part of the growth in the emerging economies all over the whole world, including Latin America. As one of the more powerful markets in the emerging economies, the UK is looking to develop stronger relationships in the region.

Why Strengthen Trade with Latin America? 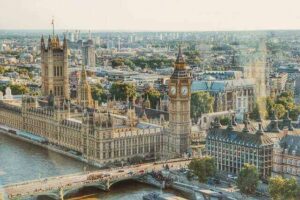 The new trade dialogue in the UK is going to focus on the free trade between Colombia, Peru, and Ecuador. These countries have had the largest economic growth over the last few years, and are expected to grow even more in the coming years. The British government wants to strengthen bilateral trade and invest into the relationships between the United Kingdom and these countries, but more importantly, they are fully aware of the fact that the Brexit could weaken their trade ties with these countries so they are hoping this new trade dialogue will promote growth instrad of retract it.

In 2015 the amount of trade in goods and services between the United Kingdom and Latin America was already 12.4 billion pounds, but this is going to rise even more with this the new trade dialogue, especially in Colombia, Peru, and Ecuador.

As the British look to emerging economies in the far west, business opportunities continue to grow in Latin America. This will push Latin America towards more economic growth and make the region even more attractive for global investors. If you are interested in investing in Latin America and need assistance with incorporating a company or finding the right lawyers and accountants, contact us now for more information. We look forward to helping you build your investment in the growing Latin American economy!

Interested in learning more about our services? Check this video out.