What’s Behind Chile and Argentina’s Free Trade Agreement for Business?

Last month, during the Meeting of Presidents of South America 2019, developments were made between Argentina and Chile’s trade relationship. The Chilean president, Sebastián Piñera received Argentinian president, Mauricio Macri, to celebrate the approval of the Agreement of Economic Complementation that exists between MERCOSUR countries and Chile. The new free trade agreement, named Protocol 61, will complement this existing agreement as well as the double taxation agreement completed in 2016.

The agreement went through five rounds of negotiations and will create deeper economic integration between Argentina and Chile. “It will allow us to integrate our countries in greater depth, with greater speed and generate mutual benefits for both peoples,” said Piñera in a joint statement with Mauricio Macri. The agreement further strengthens ties with Pacific Alliance and MERCOSUR countries.

The aim of the agreement is to promote and expand bilateral trade between the countries, covering goods, services and investments. Improved regulations and standards will provide legal certainty to importers and exporters. A chapter also includes the ability for SMEs to participate in public contract tenders. However, it deals with more than just tariffs and import duties. It includes new regulations on labor laws and the environment. The agreement looks to deregulate and liberalize a whole range of economic activities including e-commerce between Chile and Argentina, making trade easier than ever. 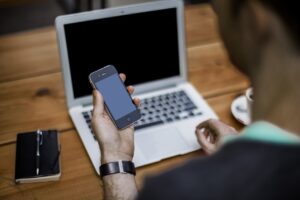 Part of the agreement covers the removal of mobile roaming costs between the two countries by 2020.

Part of the agreement covers the removal of mobile roaming costs between the two countries. This will make cross-border travel easier and cheaper, with all charges to be removed by 2020. The aim is to promote integration between border communities who need to move back and forth across the border. Andean community states (Peru, Bolivia, Colombia and Ecuador) hope to implement a similar initiative this year.

Chile only sends 1.3% of exports to Argentina, worth around $690 million. Chile sends a quarter of all exports to China, and the value of these has grown from $10.5 billion in 2017 to $19.2 billion in 2017. This impressive trade relationship has been facilitated by a China’s free trade agreement with Chile, signed in 2005. Chile was the first Latin American country to sign a free trade agreement with China and has since reaped the benefits.

Chile is less reliant on Argentina as its openness to trade has resulted in a number of free trade agreements with various countries. Given the current disparity in trade between the two countries, Chile can expect to increase the imports sent to neighboring Argentina. Chilean exporters should take advantage of the small geographical distance between the two countries and the removal of bureaucratic trade policies.

Comparatively, Chile is Argentina’s 3rd largest export destination. Vegetable products and foodstuffs make up over a third of Argentina’s exports sent to Chile. Agriculture is key to Argentina’s export market. Argentinian wine and beef are famous worldwide. Argentinian gas exports to Chile are set to increase with the new trade agreement. Given Chile’s lucrative free trade agreement with China, these exports can then reach Asian markets. This is an exciting opportunity for Argentina to build its trade relationship with Asia and promote its exports.

Increasing trade with neighboring Chile will help to pull Argentina out of its economic crisis and solidify its strong export market. Chile also has a strong and open trade presence in the world, something Argentina can learn from. Past protectionist measures have held the country back from engaging in international trade like other Latin American economies.

What next for businesses in Chile and Argentina? 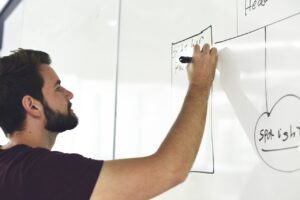 Chile has created a name for itself as the tech hub of Latin America, an area called ‘Chilecon Valley.’

Whether you’re currently based in Argentina, Chile or you are a foreign entrepreneur looking to maximize the benefits of this free trade agreement, now is the time to act.

Argentina has promising export and import opportunities in agriculture, renewable energy and oil and gas sectors. What’s more, it’s also home to Free Trade Zones (FTZ) and Special Customs Areas (SCA) for those looking to import inputs or final goods into the country with lowered duties. Entrepreneurship is actively encouraged by the government and passing of the Entrepreneurs Law (Ley de Emprendedores) further facilitate this. With no restrictions on foreign ownership of local entities, your company incorporation is Argentina awaits.

Chile, on the other hand, has earned its right as a leading Latin American investment destination. Chile’s governmental policies also encourage foreign investment and company incorporation is quick. Chile’s Start-Up is a Chilean accelerator program which provides programs, funding and visas to startups. Chile has created a name for itself as the tech hub of Latin America, an area called ‘Chilecon Valley.’ Support from Chile under the new free trade agreement offers opportunities for startups looking to explore the Argentinian market.

Chile’s mining industry also attracts significant attention from foreign investors and companies. The industry’s output makes up more than half of Chile’s exports and therefore is extremely important to the nation’s economic health. The free trade agreement will help exporters and importers alike take advantage of Chile’s natural resources. It is best to consult a local firm on mining concessions and regulations in order to stay compliant.

We can help with your business in Chile and Argentina.

The new free trade agreement between Argentina and Chile has far-reaching benefits. Whether you’re thinking about getting into the Latin America market, or you’re already based in either Chile or Argentina, you can benefit from these changes. Both countries are home to a wealth of natural resources and promising industries that still hold business opportunities.

Entering a foreign market can be difficult when considering the financial and legal legislation firms must adhere to. Biz Latin Hub can help you with company formation and accounting and legal services to ensure operations run smoothly. With country offices in both Chile and Argentina, we have the expertise to take your business to the next level. Reach out to us here to receive personalized assistance today.