Australia-UK Relations: What Could Free Movement Mean for Business?

Australian and UK officials have been making noise about a potential free trade deal since 2016. Now, on the back of an official visit to Canberra, a further deal-sweetener has been thrown into the mix: a potential ‘Free Movement’ agreement.

Free movement would allow for greater flows of people between two high-performing world actors. Australia, with an open business environment unprecedented 26 consecutive years of economic growth, is perfectly positioned for UK businesses looking for new investment prospects and bolstered trade conditions and amidst the preparation for an EU exit. 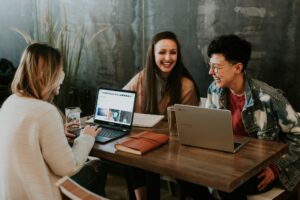 With extensive ties, there’s not only a complex of goods and foreign investment already in place between these two powers. People are also moving in great numbers between the regions for study, work and lifestyle opportunities.

Australia and the UK maintain extensive economic relations, trailing back to Royal Navy Captain James Cook claiming the state-continent for Great Britain in 1770. In 1787, the British Government’s ‘First Fleet’ journeyed to Australia to establish a penal colony. Though the country became independent over a gradual process form 1931-1986, Australia remains part of the Commonwealth of Nations to this day, alongside New Zealand and 52 other states and former British Colonies (or dependants of those colonies).

With extensive ties, there’s not only a complex of goods and foreign investment already in place between these two powers. People are also moving in great numbers between the regions for study, work and lifestyle opportunities.

Trade exchange between these two partners reached around £15 billion in 2018. In the same year, the countries collectively invested £459 billion into each other. The UK is the largest buyer of Australian exports in the EU.

Key Australian agricultural, fisheries and forest exports to the UK by value in 2015 (AUD$)

This table was adapted from: https://www.aph.gov.au/Parliamentary_Business/Committees/Joint/Foreign_Affairs_Defence_and_Trade/tradewithUK/Interim_Report/section?id=committees%2Freportjnt%2F024101%2F25066

Building on this vital trade relationship is a potential to spur greater people movement. While export activity is healthy, there’s scope to increase human connectivity between these key partners. 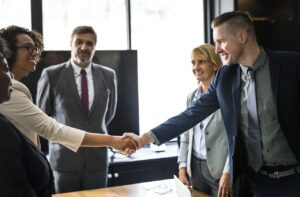 FTA negotiations between these two powers have been ongoing since the initial scoping mission in 2016.

What is a ‘Free Movement’ agreement?

This announcement comes on the back of ongoing talks between these two economic powers for a free trade deal based on their heavily intertwined political ties, and mature economic relationship. FTA negotiations between these two powers have been ongoing since the initial scoping mission in 2016. Within a free trade agreement, there’s an appetite to talk about free movement of people from both nationalities on each other’s turf.

Discussions are currently focussed on the opportunity for British citizens to live and work in Australia without a visa, and vice versa for Australian citizens in the UK. On top of this, Truss confirmed the UK’s intention to extend the stay of Australian students after the standard two-year period.

Indications that the UK may adopt a similar model to Australia’s points-based immigration system could mean greater facilitation of cooperative ventures and commercial activity across borders.

As the UK gears up for an EU exit, it’s vital they reach out to important partners to secure trade channels for British business. Additionally, the region has to consider new potential avenues for commerce with unconventional partners.

Though close, these two partners could be closer. The UK’s decision to join the European Economic Community in 1973 came at the cost of strict trade sanctions on Australia. There’s a chance to backpedal these sanctions with a free trade deal, and the business communities from both sides are in support of seeing a freer commercial relationship between them.

In Australia’s case, trade negotiations resulting in a deal that includes free movement will pull the country into the UK’s economic spotlight as an easy access and open environment for business and study.

Opportunities for people and business with Free Movement

Australia is already a large exporter of education, and demand for Australian study opportunities could grow with an FTA and free movement deal with the UK. Australia and the UK have the chance to support greater numbers in student exchanges. Additionally, shared or standardized professional requirements will improve recognition of education and qualifications in key areas such as health and medicine. This contributes to a greater transferability of skills in these workforces.

Greater people movement spurs the potential for increased flight and business travel activity, which opens up opportunity in aviation and events industries. These are spaces to watch for the opportunistic investor looking to take advantage of this agreement from a commercial perspective. 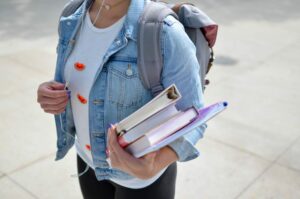 Australia is already a large exporter of education, and demand for Australian study opportunities could grow with an FTA and free movement deal with the UK.

For the UK, having greater access to the agricultural powerhouse could lead to an improvement in the sophistication of its agricultural technology or ‘agritech’. Key exports outlined in the above table will have easier access to their UK consumers, such as Australian beef and wine.

Both markets are strong financial service providers, opening up an opportunity for greater cooperation and opportunities for businesses in this industry to successfully expand abroad. Additionally, introducing financial technology disruptions to these active, responsive industries is a key niche that many are yet to take full advantage of.

Notably, Australia is also a springboard for businesses looking to trade with powerful Asian economies. The South Pacific Island nations holds strong connections with key players in the Asian market, opening up further opportunities for UK businesses for trade and expansion. Though there is some uncertainty regarding the future of trade relations between the UK and other European partners, Australian businesses may have a greater ability to do the same.

While trade negotiations are ongoing, it’s an important step for Australia and the UK to commit to free movement. As the deal takes shape, we’re ready to support business moving abroad into these important markets.

At Biz Latin Hub, we provide expert guidance for businesses looking to expand into Australia. Our legal and accounting professionals support market entry for foreign companies across 15 countries, including the South Pacific.

In 2019, we received the Award for Business Excellence from the Australian-Latin America Business Council. This demonstrates our commitment to bridging commercial and cultural gaps for foreign businesses moving into Australia, and the support we receive from Australian institutions for doing so.

Find out about our full suite of market entry and back-office services, including company formation, commercial representation and recruitment, on our services page or by contacting us directly here at Biz Latin Hub.