Colombia is fast becoming an economy to watch in Latin America, for its booming commercial climate and regulatory benefits designed to draw in new investment and business. Additionally, its proactive approach to forming new trade relations with the rest of the world is increasing the country’s attractiveness to companies looking to expand into Latin America.

We got in touch with our British Chamber of Commerce here in Colombia to talk to their Subdirector, Michael Phillips about British business opportunities in the country. Michael has a UK background but has been working here in Colombia since 2013. In a Q&A with Biz Latin Hub team member Ollie Farr, Michael provides us with insight and knowledge on the inner workings of BritCham Colombia, and some tips for British companies doing business in Colombia.

Can you tell us a little about your background and how it led to your role at BritCham in Colombia? 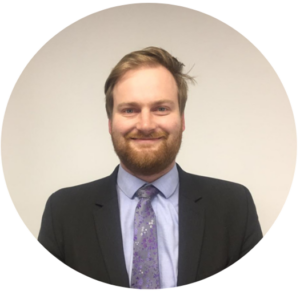 I came to Colombia in 2012 after doing 6 months as an exchange student in the Universidad de Los Andes in 2010. I started at a British university agency and in 2013, I started working with Biz Latin Hub directors, David Wright, and Craig Dempsey at Foresight Consulting. In January 2015, I got a job in the visa department in the British Embassy in Bogota, which allowed me to better understand government, and the civil service, before joining UK Colombia Trade, the official British Chamber of Commerce in March 2017 as Business Development Manager.

Previously, there were two British chambers of commerce running simultaneously in Colombia, the Cámara de Comercio Colombo Británica, founded over 30 years ago, and UK Colombia Trade, established by the British government in 2013. Last year, Peter Tibber, the British Ambassador, and the two boards of directors of each chamber, came to the decision that a merger of the two entities was the best way forward, due to the similar services offered and the confusion in the market for British companies entering Colombia. On 23 April 2019, BritCham Colombia was officially constituted, with Santiago Osorio named as Executive Director, and myself as Deputy Director.

What activities make up the day-to-day operations in BritCham?

BritCham, with the support from the Department of International Trade (DIT), member organizations, and the British Embassy in Colombia, is positioning itself as a one-stop-shop for the British business community and Colombian companies with a commercial link to the UK. We support our member organizations with government lobbying, market information, and networking with British and Colombian businesses. We also work tirelessly with companies from both countries in finding clients, distributors, investors and partners. We work with companies of all sizes and sectors, and due to our position, can offer privileged access to commercial opportunities both in the UK and Colombia.

At BritCham, we also host all types of events for our members and non-members. In the upcoming months, we are holding sectorial events in the energy, infrastructure, education and tech and software sectors, with high profile speakers from each industry. We also host formal and informal cocktail events for affiliated companies and friends of BritCham, and due to our relationship with the British Ambassador, we are able to host events in the British Residence in Bogotá.

Furthermore, on 29 November, we are hosting our Inaugural BritCham Golf Tournament in the Country Club de Bogotá, which will be a very British occasion, allowing people a chance to mix the outdoors with networking and a closing cocktail party. Entry is open to everyone.

What can business and trade in Colombia expect from Britain’s exit from the EU?

At BritCham, we are seeing Brexit as an opportunity. The British government worked closely with our Latin American neighbors to secure a Free Trade Agreement with the Andean Countries (Colombia, Peru, and Ecuador), which will account for approximately £2 billion annually, or £1.1 billion with Colombia. The outline of the agreement is based on the deal Colombia has with the EU, to hopefully allow a seamless transition once the deal is ratified in the congresses of the three countries.

The UK contributes close to 20% of the EU’s exports to Colombia, and with the Colombian government looking to diversify the economy, sectors such as infrastructure, renewable energy, agriculture, financial and professional services, and construction are looking to grow. We see Brexit as an opportunity for UK businesses to look to Colombia as a strong trading partner.

How does the British Chamber of Commerce support businesses looking to expand into the market?

BritCham offers a whole range of services to members and non-members, including market analysis, information regarding competitors and import tariffs, and can even go as far as to accompany UK businesses to meetings in Colombia and help interpret if needed. We publish a monthly newsletter with commercial opportunities across a wide range of sectors in Colombia. Our day-to-day support is helping British companies with contacts, introductions, and information in what can seem a daunting market at first.

What advice would you offer to UK businesses entering into the Colombian market? 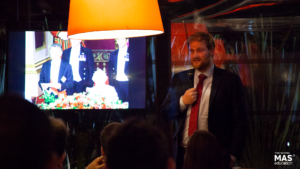 Colombia is now one of the top 30 countries worldwide for foreign direct investment and one of the easiest places in the region to do business with.

The first thing that we tell British companies entering the Colombian market, is that business tends to be done face to face. The second thing is to be patient. Things can take longer than people are used to in the UK or other international markets, and Colombians are much more likely to do business with people they have met, and have a personal relationship with.

It is also important that UK businesses understand that Colombia is probably very different from what they perceive. Colombia has advanced a lot in the last 10-15 years, and stable economy, continued growth, growing middle class, and becoming the 37th member of the OECD, means that Colombia is now one of the top 30 countries worldwide for foreign direct investment, and one of the easiest countries in the region with which to do business.

There are opportunities here, and we are working hard to make sure that British companies are aware of them.

Where do the greatest opportunities lie for UK businesses in Colombia?

I would say that for UK businesses, the most exciting sectors in Colombia at the moment are: infrastructure, energy, particularly renewables in the near future, tech, agriculture, life sciences, and the service and creative industries. We support companies from all sectors, and have had particular success in banking, remittances, agriculture, education, and tech, as well as retail and food & drink. There are also lots of exciting opportunities for British investors.

In your opinion where do the greatest challenges lie for UK business entering the Colombian market?

While Colombia is a country on the rise, and more and more British companies are coming to take advantage of the opportunities, there are still some challenges that present themselves when dealing with Colombia.

The first two, which are often overlooked, are language and time zone. The number of English speakers in Colombia is some way behind some of their Latin American competitors, and learning Spanish is most certainly not a strength of the British. While Colombians will often make an effort, phone calls and meetings in person can often grind to an uncomfortable halt if there is no common tongue. The time difference may sound like a flippant excuse, but as I mentioned before, business in Colombia is better done in person, or increasingly over skype or video chat. To get your Colombian counterpart to not only commit to a video call at a certain time,  and actually even remembering to sign in, all-around a 5/6 hour time difference can be tricky.

One of the other big challenges when doing business in Colombia is the bureaucracy. Many potential exporters to Colombia have fallen at the last hurdle, which is often registering their product with the local authorities, which can take a lot of paperwork and time!

Fortunately, BritCham can help you with all of these potential issues, and are perfectly placed to help British exporters to Colombia with whatever their plan may be.

Moving into the Colombian market? We can help

Colombia offers myriad opportunities for foreign investment and entrepreneurial success within its borders. The country’s pro-business government and supporting institutions like BritCham Colombia make it easier for foreign companies to establish a presence in Latin America. Of course, it pays for newcomers to the market to get advice from supporting agencies, and seek local legal and financial advice during the expansion process.

At Biz Latin Hub, we provide key commercial support to foreign businesses setting up in Colombia. Our full suite of market entry and back-office services is designed to ensure your compliance with local regulations, and can be tailored to your business needs.

For more information and personalized assistance, reach out to our friendly Colombia team at [email protected] today.