Argentina is the third-largest economy in South America, with a gross domestic product (GDP) of about US$518 billion. The country has abundant natural resources (fertile land, strong mining sector). The country also has a highly educated workforce that allows it to have its high-tech industry as an economic leader.

For some years now, the global perception of all the aspects of cannabis has been changing at a frenetic pace. This is especially the case in Latin America, where a good number of countries have already changed their penal codes and legalized cannabis for medical use in most cases. After Uruguay, Colombia, Chile, Puerto Rico, Peru, Argentina, and most recently, Mexico, we can see that the regional movement towards legalization is gaining momentum.

As these opportunities materialize in the most influential countries and companies, other governments are working to harness the potential of this emerging industry. We explore the evolution of the cannabis industry in Argentina. 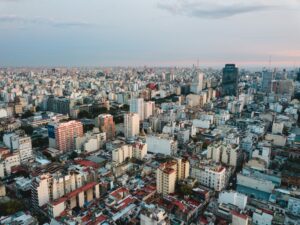 Since March 2017, cannabis for medicinal use has been adopted by the National Senate. The framework for the cannabis plant and its derivatives, for the time being, only permits its use by select State scientific bodies for research purposes.

CBD in Argentina – A country of fertile lands

At one point in its history, Argentina was called the ‘breadbasket of the world’, mainly due to its fertile lands. In particular, its Pampean region is one of the most fertile areas in the world. The region is of vital importance to the country’s economy, with an ideal climate for cultivation and livestock (mild and temperate). It can also boast of being a territory of plains without any trees, which makes it an ideal region for making large fields of crops.

This land is a real plus for the country’s agricultural sector; agricultural products from these regions represented no less than 63.9% of total exports in 2017. Having such land is a definite advantage for future cannabis producers in Argentina. Like many other plants, cannabis requires fertile soil, abundant water, and excellent sun exposure.

Since March 2017, cannabis for medicinal use has been adopted by the National Senate. The framework for the cannabis plant and its derivatives, for the time being, only permits its use by select State scientific bodies for research purposes.

However, Article 7 of the same law provides that, with the authorization of the Administración Nacional de Medicamentos, Alimentos y Tecnología Médica (ANMAT), it is possible to import cannabis oil and its derivatives.

A new project to create a national society for the cultivation of cannabis and its derivatives for scientific, medical or therapeutic purposes was proposed by Unión Cívica Radical (UCR) Deputy Alejandro Vidal. Such a company implies a great boom for the industry, and probably a significant investment with the possibility of exporting if the national market is sufficiently served.

Canopy, the first publicly traded medical cannabis company in Canada, has announced a significant investment plan throughout Latin America. With an investment of US$150 million in the region, it would establish its production center in Colombia and then export it to Argentina until the law allows them to grow on Argentine soil.

According to them, Argentina has an incredible production potential, given the richness of its soils and its experience in agriculture. Besides, the government seems to be increasingly accepting contracts with foreign companies to establish medicinal cannabis plants and research centers in its territory.

Green Leaf Farms International and Cannava have recently obtained the right to cultivate a 14,000-hectare plot, leased for several years. In July 2018, Player’s Network Inc. was authorized by the government to create a 3-hectare farm, the company will operate it in collaboration with the State of Jujuy Province. These latest actions launched by the government clearly show their state of mind, and this means a significant future opportunity for foreign investors. 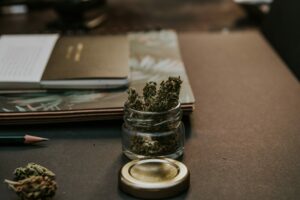 The medical cannabis market in Argentina is opening up to global competition with a piece of legislation that allows for the import of cannabis oils and derivatives.

According to The Latin America Regional Cannabis Report: 2019 Industry Outlook, the total market (if fully legalized) for cannabis in Argentina could reach US$1.1 billion. Focussing on the medical market, there’s a local potential to access 400,000 patients.

As importation of CBD oil is permitted. and there’s a market for making in-country sales before Argentina fully legalizes local cultivation.

How to reach this promising sector

The medical cannabis market in Argentina is opening up to global competition and is, therefore, waiting for the first wave of foreign investors.

To facilitate the arrival of foreign investors, the Argentine government is implementing several actions to create a safe and attractive ecosystem.

If you are planning to set up your business in Argentina or invest in one of the country’s economies, it’s highly recommended that you seek the assistance of a trusted legal service provider to facilitate your implementation. At Biz Latin Hub, our team of local and expatriate employees are thoroughly familiar with the Argentine market as well as others in Latin America. We offer you our expertise and guidance on how to enter the market.

If you would like to know more about our services and solutions, which have already helped companies working in a wide range of industries. You can contact us at [email protected] to see our customized offers to enter the medical cannabis market in Argentina.