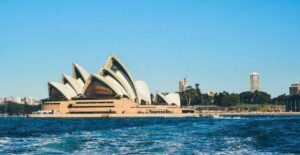 Latin America´s former protectionist attitudes are slowly shifting. While countries such as Ecuador and Venezuela are still hesitant about foreign investment, countries such as Mexico, Peru, Colombia and Chile have encouraged foreign investment and as a result, are seeing the economic and social benefits. Even Argentina, which has notoriously been anti-investment is coming to the realization that globalisation is not an enemy, but a friend.

When people think about investment in Latin America, the mining sector is what usually comes to mind. While this industry has traditionally been one of the principal industries, other sectors have been overlooked or undervalued. These industries include international trade, agriculture and engineering. Due to the sheer size of Latin America, this article will only cover a fraction of the opportunities available for Australian companies in the sectors mentioned above. For more information regarding possible investments in Latin America, it is recommended that you speak to a trusted and professional local company.

Our previous article ´Why Australian Companies Should Look Towards International Trade With Latin America´ examined the increase in trade between Australian and Latin America. Countries and regions such as Asia, USA, UK and New Zealand will continue to remain Australia’s biggest trading partners, however, this does not mean trade between Latin America and Australia cannot grow and prosper. The region is slowly emerging as a solid partner of Australia in more ways than just trade.

Aside from the exportation and importation of products, the education export sector is significantly growing in Australia. The rapid growth of globalisation has created a universal language that many need to learn in order to succeed in their careers. This is encouraging Latin Americans to learn English as a second language.  In recent years, there has been an increase in the influx of students from Latin America studying in Australia.

Australia’s quality of higher education is only one of the reasons for an increase in international students. This growth in the education of foreigners contributes to the economy in more ways than just education fees. It includes all aspects of Latin American students’ lives including goods and services, public transport, accommodation, travel, and even entertainment. When all these are weighed in, it is clear why the education export sector is so big, the education services sector between Australia and Mexico is strong and continues to grow. In July 2015, there were approximately 1000 Mexican students enrolled in Australian higher educational institutes. When you factor in the other countries in Latin America, the impact of this sector is clear. 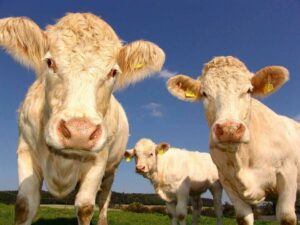 Despite the growth of vegetarianism throughout the world, the demand for beef still remains high. Countries such as Argentina, Uruguay and Chile have some of the highest rates of beef consumption, per capita in the world. It is no surprise that Argentinian steakhouses are so popular.

The high consumption of beef in Argentina and Uruguay goes hand in hand with beef production. Because of this, it would seem that there is no potential for Australian investment in this fragment of the agricultural industry since it is so well-known for its production of high quality beef. However, because of this commanlity, the rapid growth in technology, and increased trade between Australia and Latin America, investment opportunities in genetic animal pioneering has increased.

Chile Minister for Agriculture, Alvaro Rojas is looking to make improvements in the Chilean beef industry to  stimulate growth in the livestock industry. This renewable energy powerhouse is looking to Australia to obtain livestock genetics. This opportunity for Australian investors is made even more attractive due to the Australian-Chile Free Trade Agreement that was implemented in 2009.

Colombian coffee is an important commodity which has helped the country reach the economically developed and entrepreneurial stage it’s at today. A combination of European demand, high quality coffee beans, and the new post-FARC era gives way to great investment opportunities for Australian investors in the Colombian coffee business. Colombia is the largest producer of mild washed Arabica coffee in the world, producing 14.2 million 60kg bags in 2016. Coffee is big business in Colombia and this presents significant business opportunities.

So what are the business opportunities for Australian investors in Agriculture?

Despite a slowdown in the global mining industry, Latin America continues to grow and excel. International investment in mining sectors throughout Latin America can be attributed to a number of factors including an abundance of natural resources, changes in government policies that welcome international investors, low start-up costs and a large and skilled labour force.

Some sectors in Latin America are begging for international investment. Colombia is home to many emerald mines that despite having large supplies of emeralds are essentially ‘hand-mined´. This presents opportunities for METS companies to invest in the mines, bringing best practices, procedures and equipment which result in increased efficiency and production.

Mexico is one of the most significant markets globally for mining and it remains an attractive market for investors, receiving US$5.2 billion in investment in 2015. Mexico’s government has long pursued a pro-investment and trade policy when it comes the mining industry. Foreign investors operating in Mexico have enjoyed the benefit of being able to own 100% of the capital of mining assets over a 50-year concession period, which may be renewed for another 50 years following that. The laws favouring foreign investment, combined with a wealth of natural resources continue to make Mexico an attractive location for Australian investment.

Chile is home to over 100 million tons of fine copper reserves which is estimated to be 30% of the global reserves. In terms of Australian investment in Latin American mining, Chile is typically viewed as the ´safest´ and most profitable country to conduct business with. For this reason, there are around 30 Australian junior mining companies operating in Chile. The success of Australian miners in Chile can be attributed to a few reasons including the Free Trade Agreement with Australia, a transparent straightforward business environment, permission of 100% foreign ownership and incentives for foreign companies operating in remote areas. Some notable market opportunities for Australian investors include the knowledge and skills to implement technology systems associated with advanced OHS training and systems, water management, community mapping and engagement consulting and automated operation management systems. 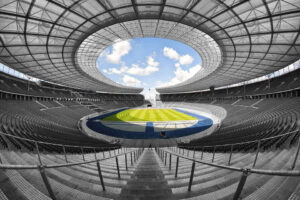 Time and time again, the land down under has proven itself as a world leader in the execution of large scale sporting events

After the success seen at the 2000 Sydney Olympic Games, the world saw first hand how a large scale sporting event should be held. From the organisation of ceremonies to stadium infrastructure to traffic control, the 2000 Sydney Olympic Games were the epitome of how a major sporting event should be executed. Australia’s abilities to accomplish success in major sporting events lead to Australian companies being contracted in countries around the globe to assist with sporting events  including Summer and Winter Olympic games, Commonwealth Games and Rugby World Cup tournaments. Time and time again, the land down under has proven itself as a world leader in the execution of large scale sporting events. This is set to continue.

Next year, Argentina will hold the 2018 Youth Olympic Games in the capital of Buenos Aires, and in 2019, Lima will hold the Pan American Games in their capital, Lima. Australian companies are ideally suited to play a part in the functioning of these events. Event organisers are already calling for tenders and Australian companies are the front-runners.

Some specific opportunities include:

Time to Get Involved Australia!

This is the 2nd article in our 4 part series on the economic and social relationship between Australia and Latin America. We hope the information provided has given you an insight into some profitable investment opportunities in some of the countries that encompass Latin America. Should you require more information on the exciting prospects available for Australian companies or investors in Latin America get in touch with Biz Latin Hub by contacting Craig, our CEO (Australian living in Colombia) at [email protected]. We wish you the best of luck with your future investments in Latin America.