US investment in Latin America by large technology companies is increasing. In 2007, Google opened its Latin American headquarters in Argentina. 13 years later, the company has a renewable energy-powered data center in Chile and will be expanding with another data center in Uruguay.

Google is not the only US tech giant investing in Latin America. Other tech multinationals such as Amazon and fintech giant startup Stripe have made great investments in order to provide better services and have access to the vibrant fintech scene in the region.

We touch upon large-scale US investments in Latin America’s technology scene, and why they are important for developing the region’s tech capability. Google will be opening its third Latin American data center in Uruguay. The date of construction and amount of investment is yet to be released.

Google will be opening its third Latin American data center in Uruguay, the date of construction and amount of investment is yet to be released.

Google’s first data center in Latin America was opened in Chile in 2013. Furthermore, in 2018, it was made public that the company would be investing US$140 million more to expand this facility located in Quilicura, Santiago.

Now, the company is looking to open another Latin America data center in Uruguay. It will be located in a free-trade zone, within Uruguay’s science park and will have a focus on storage and server management.

Google’s main competitor in cloud services, Amazon, will be building a US$800 million data center near White Bay in Argentina. This facility will be located in a free-trade zone and will help provide low latency for platforms in the region and locally.

In September of 2019, Oracle announced the launch of 20 new Oracle Cloud regions, including Brazil and Chile. This project is set to conclude by the end of 2020. The company already operates a data center in Brazil, meaning that these new data centers will give the company 3 facilities to utilize in the region.

Data centers are important to manage data storage, provide low latency and offer better cloud services to businesses. With increasing large-scale US investment in Latin America, tech giants such as Google are seeking to tap into cloud opportunities in the region, provide better services and establish a regional lead in data management.

What is the market for cloud technologies in Latin America? 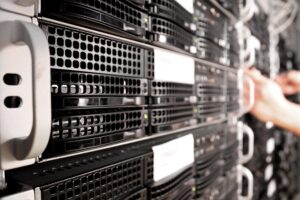 According to research and consulting firm, Frost and Sullivan, cloud services in Latin America are set to exceed US$7 billion by 2022.

According to research and consulting firm, Frost and Sullivan, cloud services in Latin America are set to exceed US$7 billion by 2022. Infrastructure as service (IaaS) is expected to generate US$7.2 billion at a CAGR of 31.9%.

Brazil represents the biggest market as in 2017 the country accounted for 50.7% of the market, followed by Mexico, Chile and Colombia. Furthermore, Google Cloud director in Brazil, João Bolonha, has stated that inside Latin America, Brazil is their main market and is growing rapidly.

He mentioned that less than 20% of companies in Brazil utilize cloud services and, as a consequence, there is an opportunity in the 80% left of the market share. Brazil is a great option for cloud services investment as the country is ranked eighteen in cloud computing policies and infrastructure. 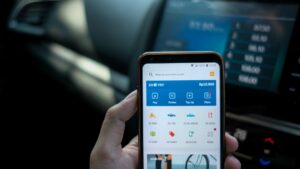 As e-commerce and digital payments take off in the region, Stripe is working to tap into this market and better its services to Latin American consumers.

Investment in Latin America comes from a variety of industry players. For instance, this year, Stripe – one of the biggest online payment startups, opened its first Latin American office in Mexico city. As fintech demand increases in the region – with market observers giving particular acknowledgement to Brazil’s fintech ‘moment’ – entering this industry is becoming more attractive for investors.

Stripe is seeking to attract engineering talent and use its Mexico office as a space for collaboration with local companies. As e-commerce and digital payments take speed in the region, Stripe is working to tap into this market and better offer its services in the region.

This year, Google launched a subsea cable that connects its Chile-based data center to Los Angeles. The subsea cable known as “Curie”, is 10,000 kilometers long and is set to begin transmitting data between these two points in 2020.

Sea cables are more reliant than satellites and have a larger capacity. In this sense, Google invests in its infrastructure to provide better services in the region, which will bring benefits for tech businesses and businesses using technology to conduct their activities, which most do to some degree.

In September of 2019, Google announced its “biggest renewable purchase ever”. This purchase consists of a 1,600-megawatt (MW) package, which includes 18 energy deals that will increase Google’s wind and solar portfolio by more than 40%.

Google has included Chile as part of this project. The company will be adding 125 MW of renewable energy capacity to its data center in the country and will be the first time the company invests in hybrid energy, including wind and solar power. Similarly, the new data center that Amazon will operate in Argentina and has access to renewable energy.

We support US investment in Latin America’s technology scene

Big companies are driving up US investment in Latin America in order to provide modernized services in the region and stake their claim in a growing online consumer population. As a consequence, it will be easier for businesses utilizing technologies to operate with greater efficiency. There are opportunities in the increasing tech scene and fintech market in the region.

US investors seeking to enter Latin America should be knowledgeable about regulations for company incorporation and employment.