International Business, Politics and Economics in Latin America: What can be learned from the Venezuelan Crisis?

The Venezuelan inflation crisis is a widely known situation of great despair. Inflation has been a familiar trend in the Venezuelan economy, however, in recent years, it has taken a strong rise and can be described as hyperinflation. Prices have been almost doubling every 26 days for the past 9 months and the annual inflation rate has gone up to 83.000%, making it one of the highest rates in Latin American history.

This, of course, poses a lot of political and social threats, however, there is also a great threat and risk from a business standpoint. This article explains how the Venezuelan crisis can be used as a learning tool for nearby countries, and how future risk like hyperinflation can be avoided or neutralized. 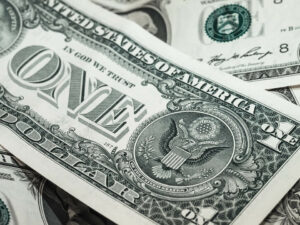 First things first. To be able to understand how to avoid future risk, one must understand how the risk came to exist in the first place. In 2003, one of the biggest state run oil companies went on strike and caused a great depression in the country’s economy. This lead to the institution of several measures and regulations to stop the fall of the nation’s currency, the Bolivar. By nationalizing other companies and controlling prices the government eventually succeeded in pushing the Bolivar into hyperinflation. On the other hand, the country was run by a socialist and populist president, named Hugo Rafael Chávez Frías, who was first elected president in 1998 after having tried to subvert the government a few years before without success. Starting his presidency, he started to control every sector of the government while making the privately-owned companies his own by replacing company owners with trusted personnel. This was just the start of turning Venezuela into authoritarian socialism with a corrupt government taking everything away from its population.

What should we learn from this catastrophic event?

Over the last decades, the socialistic government has been one of the major reasons for the downfall of once one of the fastest growing economies in the world. Whereas the population believed in an egalitarian economy and democracy, where richness and welfare were promised to everyone, this bogus democracy brought exactly the opposite. The first lesson would be: you cannot force a democracy when an authoritarian president, as was Chávez, is in control.

Second, the populistic approach by Chávez and the government has ‘brainwashed‘ the Venezuelan population, committing himself to turn the profits made from oil trade into money for everyone, decreasing poverty and making the country a safer place. Nevertheless, he ended up having all the power and taking away the money from the Venezuelans making them even poorer and even more dependent on the government. The second lesson we should take is that populism should not be the way to run a country.

Lastly, Venezuelans need to have a truthful look at themselves and reflect on what has gone wrong over the last 20 years. The population has been brainwashed by the Chávez regime and has believed all the promises that were never kept. During that time, a large part of the population has not learned the lesson that the government run by Chávez is trying to gain the trust of the people but the people have been falling again and again for his utopic promises. The last lesson to be learned is that people have to be sceptical, scrutinizing every act made by Chávez and his government and stop being naive. Emotions should not guide one’s decision.

What is the business risk?

Turning our view from the political catastrophes towards companies involved in the Venezuelan markets, current and potential risks must be spotted and disarmed. For companies involved in commercial activity, there are serious and obvious risks involved with hyperinflation. One example of business risk is that when you have an exporting contract to Venezuela and at one point in time you find out that your buyer does not have the liquidity to buy your product anymore. There are several options to nullify these risks. These options are called ‘hedges’. In this article, three different types of hedges are explained.

How to hedge this risk? 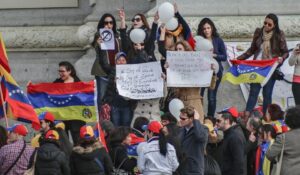 More than 2.3 Million Venezuelans have fled the country since 2014, amounting to 7.5% of the whole population.

The first hedge is diversifying your assets. By diversifying your assets you create a situation where there is no sole dependence on a single buyer or supplier. By creating a situation where you deal with different companies in countries that use different currencies, you also diversify your risk. If the Bolivar currency only affects 5% of your business, you can cover for the loss of sales or supplies with other parts of your business.

The second hedge is an operational risk hedge. When dealing with operations in a foreign currency there is always the risk of changing exchange rates. In this situation, the exchange rate of the Bolivar heavily depreciated against other currencies. This means that companies in Venezuela have to pay more and more for a single amount of foreign currency. To hedge this risk in your operations, say for example a big supply deal with a company in Colombia, you can choose to buy a forward option. With this forward option, you secure a stable exchange rate for which you can buy Colombian Peso. This way, even if the Bolivar depreciates even further against the Colombian Peso, your deal is not affected.

The third and last hedge is being aware of global trends and changes. This may sound quite simple but it is often overlooked. Businesses that keep in constant touch with international politics and trends are rarely surprised by situations like hyperinflation. In the Venezuelan example, the snowball effect led up to the situation as to where it is started in 2003. The signs of this effect were present and with sufficient understanding of economics, this could have been acted on.

Being ahead of these crises and not having to hedge risk at all is at the end still the best solution.

When operating globally, support from a local partner is vital to your commercial success and to mitigate business risk. Reach out to Biz Latin Hub to see how we can be of assistance.