Beyond the Wall: Mexico Tourism, a Booming Industry

This article is the second in a two-part series focused on the tourism industry in Mexico. The recent international press has tirelessly been questioning what the potential consequences may be for Mexico’s economy if the US chooses to ditch the NAFTA agreement, worrying the nation of a potential economic disaster. Some might even ask, does President Trump even have the power to end the agreement?

If you want an article on the potential consequences of a Trump decision for Mexico, then check out NAFTA: Up the Creek Without a Paddle. But for now let’s get back to the article at hand – we are going to focus on how Mexico’s tourism industry is a key sector of the economy and how you can invest in it. Tourism in Mexico has very high prospects of growth as it is already the most visited country in Latin America, and, according to the World Tourism Organization, the eighth most-visited country in the World. Tourism is Mexico’s solutions to the USA’s threat, as this industry does not depend as much on the price of the dollar as manufactured products would. “We Mexicans cannot afford to have tourism, one of the most dynamic sectors of the economy, slow down” confirmed De la Madrid, the Secretary of Tourism.

From the 23rd to the 27th of October, Merida in the Yucatan hosted Caribbean’s largest cruise tourism trade show in the world, featuring more than 100 cruise line executives.

Tourism, an industry which employs 9 million Mexicans and accounts for almost another 9% of the national GDP can only be intensified. It contributes $19.6 billion to Mexico’s economy yearly – despite a slight inevitable slowdown as a direct consequence of the earthquakes that struck the country in September, Mexico is ready to complete its best year ever in terms of number of visitors: 35 million tourists. These impressive results are going to keep on growing as the Mexican government is doing it’s best to boost this wealthy and promising industry.

Huge investments are foreseen in tourism infrastructure in Mexico, to further stimulate the inflow of foreign tourist in Mexico. No date has been set forward yet for any of these projects although Sectur (Mexican tourism ministry) announced that the total cost of the investment would be of USD$ 816 million. This includes the construction of a tourist train, hotels of various sizes, golf courses and a modern retirement community. This implies there will also be an increase in the number of medical tourists and expats travelling and living in Mexico. The money will be mostly invested in Quintana Roo, the region which contains the famous Playa del Carmen, the island of Cozumel and, of course, Cancun. The Yucatan Region will also receive subsequent funding for other projects.

Furthermore, a new airport terminal in Cancun will be opening in 2018 as airlines are negotiating direct flights from Los Angeles and Chicago. This will facilitate the trip for US tourists who represent the biggest market so far. In 2015, 28.2 million US tourists visited Mexico – a number set to increase further in the future.

Mexico, a Destination for Everyone

The strategy Mexico has adopted to develop its tourism industry is wise. Their objective is to invite as many tourists as possible regardless of their origins or travel budgets. On one hand, they are planning to build big capacity hotels at affordable prices, and on the other, they are developing their up-market tourism. For instance, they are developing a huge marina in the Isla Cortes which will offer 450 boat spaces in addition to an extra 20 for superyachts. Golf courses and 10 world-class hotels are being built there to match the increased development, forecasting Isla Cortes as the next Monte-Carlo of Central America. So whether you’re a wealthy tourist on the lookout for an expensive holiday in the sun on your yacht, a retiree looking for a calm sunny place to retire, or you’re looking for an affordable week out abroad, you will find your dream in Mexico.

If you’re a foreign entrepreneur on the lookout for a new investment, it may be worth for you to turn towards Mexico. Let’s take the Playas Palmeras project one hour away from Campeche for example. This complex is being developed by a British and Mexican administration team, backed up by private British investors. Their investment is predicted to be very profitable. This is one example out of many. 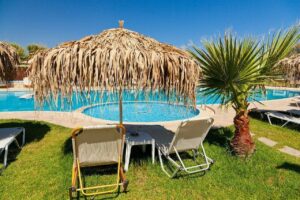 There’s also a great wealth of business opportunities in services for tourists. From travel agencies to insurances or transport facilities, there are very high hopes for keen investors in Mexico as we have shown how much the market is predicted to grow. Nevertheless, investing in Mexico isn’t as easy as it may sound. At Biz Latin Hub- Mexico, our mission is to help foreign entrepreneurs to enter the Mexican market. We would advise you to make use of back-office services when incorporating your company because it is important for you to have local experts to assist you. We have a team of accountants and lawyers who offer a full suite of services to advise you on how and where to best do business in the tourist industry. Our market research team would be available to investigate beforehand to guide you where your company would be the most competitive in Mexico.

If you want to know more about us and how we could help you in your future plans, don’t hesitate to send Alex an email here