What Opportunities are Available for Latin American Mining Companies in Australia?

Mining is one of the most important and biggest industries in Latin America, with Brazil, Chile, Mexico, and Peru being some of the richest countries with regards to natural resources. Several Latin American companies have set foot into global industries, including the Australian mining industry, which is one of the most well-developed sectors in the world. But what makes Australia such a favorable location for international mining companies? In this article, we will study the Australian mining sector and its opportunities for Latin American companies. 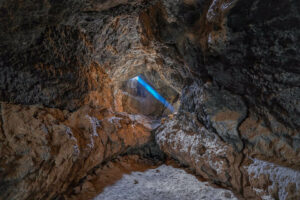 Australia has the largest uranium reserves in the world.

Australia is not only the 13th largest economy in the world but also one of the most economically freest countries. Significant characteristics of the region are low unemployment, constant economic growth, a stable inflation rate, and a strong financial system. Even though the service sector is the main contributor to Australian GDP (approx 70%) and employing approx. 75% of the working population, it is home to one of the leading mining industries worldwide. The main reason is that regions such as Western Australia and Queensland are rich in natural resources, including coal, copper, gold, and iron, among others. These sectors attract local and foreign investment and make Australia an essential exporter of these natural reserves. In addition, Australia fosters important FTAs with Asian economic superpowers, such as China (since 2015), Japan and Republic of Korea, and other countries, such as the US, New Zealand, and Chile.

Overview of the Australian Mining Industry

As clarified previously, the Australian mining sector flourishes due to natural resource richness and a high openness to international trade and business. Not surprisingly, it contributes 7% to the total GDP and about 60% to total exports and is, thus, the 3rd most important contributor to the Australian economy behind insurance and financial services. Furthermore, Australia is a top 5 producer of gold and iron, while having the largest uranium reserve in the world. All in all, it is the 4th largest mining industry in the world, only being behind Russia, China, and the US and, since 2013, one of the main producers and exporters of national resources. The report of Mining in Australia 2018 to 2032, forwarded by BIS Oxford Economics forecasts that mining exploration, maintenance, and production will further increase and become targets for more investments. Mining production growth will outpace overall economic growth and be even more attractive for foreign investments.

Going into more detail, Australia is home to more than 370 mine facilities, most of them located in Western Australia, Queensland and New South Wales, and engaging mainly in coal and iron production. Some of the most important and biggest Australian based companies are MMG Limited (Victoria), Evolution Mining Limited (New South Wales) and Mineral Resource Limited (Western Australia).

Opportunities for Latin American Companies in the Australian Mining Sector 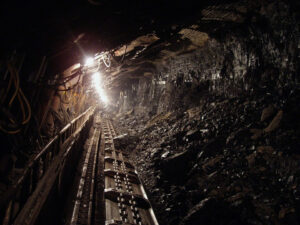 It is quite clear that Australia is one of the most attractive mining locations in the world, especially for foreign investors and companies. The consequence is that many opportunities arise for countries on the technological frontier. Thus, innovations in autonomous remote controlled trucks or drills and digital technology based on the Internet of Things (IoT) will further improve processes and maintenance in mines.

For Latin American companies and investors, in particular, several opportunities exist given their local mining strengths. As the mining sector has been gaining momentum over the last decade, Latin American mining businesses have improved their mines and processes. This gives reason for major companies to start establishing projects and operations overseas. One of the most important mining destinations in the world is Australia that gains more and more participation from Latin American based mining firms. Specialties from Latin American firms are the construction and maintenance of coal mines and particularly the experience with seismic technologies.

An example of a successful and ongoing project executed by a Latin American company is the ‘Belvedere Coal Project’, which is an underground longwall operation in Queensland, planned by the Brazilian Mining company ‘Vale’ together with the Australian mining company Aquila Resources. In 2013, the Brazilian company gained 100% equity in the Coal Project. It is expected to produce 7 million tonnes of coal per year and to have a construction cost of US$2.8 billion. In addition to the underground longwall coal mine, a coal preparation plant, office buildings, workshops, accommodation facilities and several additional infrastructural establishments will be built. 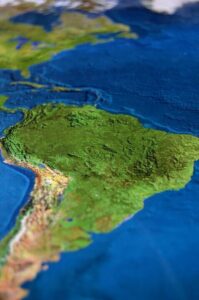 Another successful project planned partly by Vale is the ‘Eagle Downs Coking Coal Project’, Queensland, in which the Brazilian firm has a 50% stake together with Alquila Resources. It is, just as in the first project mentioned, an underground coal mine construction project that is supposed to produce 4.5 million tonnes of coal per year during the first 10 years of production. An advantage of this project is the proximity to one of the biggest coal mine in the world, BHP Billiton’s ‘Mitsubishi Alliance’s Peak Downs Mine’, from which the newly constructed coal mine might benefit with regards to infrastructural facilities.

These success stories illustrate perfectly that Latin American mining businesses can engage the Australian mining sector successfully. Even though the technological standards are high in Australia, the extensive experience of South American companies with mining processes and mine construction might constitute a competitive advantage. In order to enter the foreign market, businesses from Colombia, Mexico, Chile, Brazil and/or Peru might set up projects in the main mining areas of Australia. Additionally, an alliance or partnership with a local Australian mining business might help Latin American firms to set foot into the market.

It is no secret that Australia is one of the most favorable mining locations in the world for international businesses, and for this reason, FDI in the region continues to grow and develop.

At Biz Latin Hub, we have accumulated a wide range of knowledge and experience with companies that are interested in expanding their business globally. Don’t hesitate to contact our Australian CEO, Craig here for personalized information.