The offshore oil and gas market in Latin America has been historically synonymous with the pre-salt basin of Brazil, however other markets around the region are increasingly catching the attention of some of the major players despite ongoing challenges in the global market.

After more than 15 years without any major offshore developments, The Ministry of Energy for Argentina is planning to launch an auction process for between 6 and 10 offshore exploration blocks towards the end of 2017.  The fields will be based in the Austral basin, to the South of Tierra del Fuego. This is the only region which currently has offshore production at present. Total (in association with Pan American Energy and Wintershall) are operating the Vega Pleyade field that is expected to reach a daily production of 10 million daily cubic meters (MMm3/d) of gas.  It is also expected that a public tender will be offered to undertake a 3D seismic program for a major part of the continental shelf running from the Colorada Marina basin in front of Buenos Aires to the coast at the south of Santa Cruz.

Despite being historically recognized for onshore production and exploration, falling productivity and reserves have driven the country’s authorities to look at enhanced recovery methods and new fields, including offshore developments. These developments have been supported by Colombian legislation changes which include reducing offshore gas royalties and lowering windfall profit fees.

Another relatively new kid on the offshore block is Guyana. Guyana, the only English-speaking country in South America has also received a lot of recent attention after ExxonMobil publicly announced that its substantial Liza oil discovery in the Stabroek offshore block was commercial. They also reported positive results from its Payara discovery in the same block. The Guyanese government has committed to reforms restructuring and developing new legislation to oversee their nascent oil and gas sector, so this is another offshore development with high potential. This developing market in one keep on the radar. 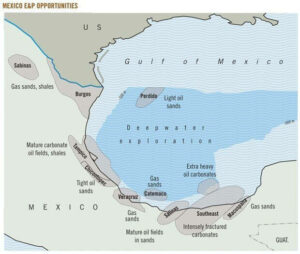 As Mexico continues to open up and increase work with international players, interest is high, with eight out of ten offered contracts for exploration and production of hydrocarbons in the deep-water offshore Mexico being successfully assigned during its first bidding round in 2016.  The Gulf of Mexico is highly attractive in terms of the volume of proven reserves and with a privileged location which
is well-serviced by neighbouring ports.

Sixteen international companies participated in the rounds with 10 blocks being offered across the Perdido area and the Salina basin.  In the end, eight blocks were awarded to six successful consortia made up of a total of 12 different companies, including the heavyweights CNOOC from China, Total, ExxonMobil, Chevron, Statoil and BP.

Furthermore, BHP Billiton was awarded two offshore development blocks in Mexico, containing the Trion discovery, in partnership with the Mexican national oil company Pemex, and beating an offer made by the oil major BP.

A lesser-known but highly attractive market for offshore developments is Uruguay, where the French Major Total began exploratory drilling in 2016 in a country that has never proven to have any reserves or produced oil and gas before.  The Uruguayan offshore blocks have attracted significant interest from global players such as BG (now Shell), Statoil and ExxonMobil, however BP who took 3 blocks actually relinquished them in 2015.  The Fraser Institute’s 2015 Global Petroleum Survey ranked Uruguay Number One in terms of E&P market attractiveness for South America, and with Uruguay planning to offer more blocks in 2017, their hydrocarbons future is worth monitoring closely.

The National Hydrocarbon Agency (ANH) led a successful bidding round in 2014 that led to the majors such as Repsol, Shell, ONGC Videsh, Petrobras, Anadarko as well as the national oil company Ecopetrol being assigned blocks for exploration.  Since then, there have been two significant discoveries and increased drilling activity scheduled for 2017.  The Orca-1 discovery (264MMbbl of oil equivalent) made by Petrobras in December 2014 was considered the most important find in the region that year by the Consultants Wood MacKenzie, and this was followed by the Kronos-1 find in the Fuerte Sur block by Anadarko at 1,584m depth of water. Anadarko and the French multinational CGG have undertaken the largest ever seismic marine prospection in the history of the country, studying over 16,000 km2 of Caribbean deep waters off the Colombian Coast. Such extensive exploration work and initial positive results have led to a steady increase of offshore exploration and drilling in Latin America, with 2017 forecasted to be a record year of activity supported by recent changes in regulation and tax incentives being implemented to support offshore development.

Are the Opportunities Greater Than the Challenges?

Mexico perhaps offers the most business opportunities due to the size and maturity of its market with offshore markets such as Uruguay, Guyana and Colombia still having a long way to go in terms of legal and fiscal frameworks, infrastructure and support services, hence requiring high levels of investment in relatively risky environments.  Argentina is a sleeping giant awakening with huge potential and with endless opportunities for investors in the market, but again progress is expected to be slow.

A major share of services and equipment are not available in local markets and have to be brought in from either regional hubs such as Houston or even further afield, with major cost and time implications.  Support vessels, drilling rigs and ships and specialized port services are still basic and the technical preparation and availability of employees for offshore roles is scarce.  There are major opportunities for specialist consultancy firms and experts in offshore controls and regulation, environmental services and management, as well as ocean weather studies.

For companies interested in participating in this nascent and growing industry around Latin America, we would suggest the following possible market entry strategies: 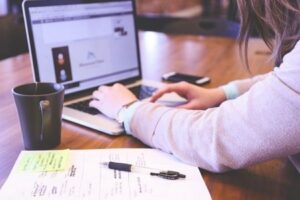 The importance of local market understanding and partners and contacts can make the difference between success and failure. If this is an endeavor that interests you,  we invite our readers to contact Andrew at  here.