Intellectual property can be a barrier to entry for firms looking to expand to Latin America. Regulation is necessary for investors to feel confident in putting their money into knowledge-intensive industries, instead of traditional tangible manufactured goods. Without a guarantee that inventions will be protected against competitors, foreign investors may be put off. We take a look at current intellectual property regulations in Latin America and identify some of the countries with the most progressive IP laws.

The World Intellectual Property Organisation (WIPO) defines intellectual property as “creations of the mind: inventions; literary and artistic works; and symbols, names and images used in commerce”. It is a form of property rights that protects an author’s work from being copied or duplicated by competitors.

WIPO defines intellectual property as “creations of the mind: inventions; literary and artistic works; and symbols, names and images used in commerce”.

Intellectual property is made up of two different categories:

Advanced intellectual property laws are necessary for a country to promote innovation and competition. It drives economic development and creates employment in advanced knowledge industries. Therefore, without a structured regulation system, firms will not invest in new technologies due to the lack of legal protection. Likewise, pharmaceutical companies, which form a leading sector in patent registrations, will not be incentivised to introduce new medicines into markets.

Latin America historically has had less developed intellectual property regulations compared to the United States and European countries. However, in recent decades the region has taken steps to improve its position on intellectual property. It is a key consideration for firms deciding whether to invest in a country or region as to how strong their products and/or services will be legally protected. Other important factors are the rule of law, political stability and government restrictions on investments or capital flows.

A WIPO study reports 57,600 patents were filed in Latin American and the Caribbean region, in 2017.  There were 715,900 trademark applications in the same year. The 2017 edition of the U.S. Chamber International Intellectual Property Index ranks 45 countries in relation to their intellectual property laws, regulations and enforcement. 8 Latin American countries ranked in the index. From highest to lowest were Mexico, Colombia, Chile, Peru, Brazil, Ecuador, Argentina and Venezuela.

Mexico became a member of the Madrid Protocol in 2013 – one of three Latin American countries, along with Colombia and Cuba. As a member of the CPTPP, it is a requirement that countries are either party to the Singapore Treaty or the Madrid Protocol. Currently, Mexico is the only Latin American member country of the CPTPP that fulfils this requirement. Although efforts have been made, Mexico still lacks coverage in online piracy; however, the ability to prosecute against such activities has improved. 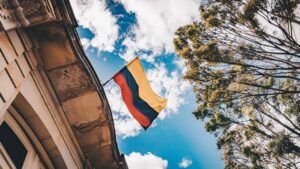 Colombia has taken big steps to improve its market for intellectual property.

Colombia has taken big steps to improve its market for intellectual property. In 2017, it received 8.6% of total Latin American foreign direct investment, totalling US$13.9 billion. Such investment requires sufficient protection for foreign and domestic firms. The country’s trademark and patent office, Superintendencia de Industria y Comercio (SIC), passed various resolutions to simplify the intellectual property process and increase its legal coverage. In 2018, the Copyright Act of 1982 was updated to extend copyright rights from 50 to 70 years.

Enforcement frameworks cover both civil and criminal avenues in the event of an infringement. Colombia is a member of the Madrid Protocol which subsequently improved the protection of trademarks in the country. The protocol also simplifies the process, as a single IP application can cover all member countries. The country currently lacks sufficient coverage for life sciences and mechanisms to remove copyright or trademarked activities online.

Chile’s economy is largely dependent on mining, which is responsible for many patent applications. However, many universities are now filing patent applications, diversifying the economy into new knowledge sectors. The Chilean government has increased its efforts to educate the public about intellectual property and costs of piracy and counterfeit products. However, the country still has a way to go with effective enforcement mechanisms as there are considerable levels of counterfeit and piracy.

Peru has massively improved its position on intellectual property within the last few years. The development of the National Institute for the Defense of Competition and Protection of Intellectual Property (INDECOPI) has aligned enforcement between different government sectors. Enforcement against trademark infringement can be filed with INDECOPI. Compensation for damages can be processed through the civil court. In January 2016, a Patent Prosecution Highway (PPH) was entered with Spain, meaning patents approved in either country will be reviewed quicker in the other partner country. This mechanism helps firms from Spain expand quicker into Peru, with the assurance of protection. The government is also invested in increasing protection for technology transfer, relevant for Peruvian universities and inventors.

INDECOPI is known to be efficient in the timely processing of applications compared to other Latin countries trade offices. Given Peru is a member of the CPTPP, they will need to become a party to either the Singapore Treaty or the Madrid Protocol, as per the regulations of the trade agreement. A legislation change could further motivate firms to enter the market with improved property rights the agreements provide. It is important for expanding firms to conduct due diligence on their sector.

Now that you’re more aware of the intellectual property regulations in Latin America, it’s time to think about how you can best grow your company abroad.

Biz Latin Hub has a team of legal and accounting specialists that can assist your business expansion into Latin America. We cover due diligence services, legal and commercial representation to make sure your products and services are protected. Reach out to us today at [email protected] to find out more.