For prospective investors, Australia presents itself as a modern, fast-growing economy with a stable government and a strong trade sector. What many do not know, however, is that the foreign investment policy in Australia has a raft of tax incentives, hoping to attract the astute investors.

Foreign investment in Australia is spurred by a diverse economy; its sectors range widely from a large agriculture sector to an increasingly growing technology service. However, due to its isolated location, Australia has a large reliance on trade. Both in goods and services, Australia exports account for 21% of its GDP and comes in as the twentieth-largest export economy in the world.

In order to attract investment and company formation into its early-stage or lesser-known sectors, the government has developed a foreign investment policy in Australia that allows for a number of tax incentives. In a country where corporate income tax lies at 27.5% for low-income companies and 30% for medium-high income companies, tax breaks are welcomed by local commercial actors. Being on the high side of the global average corporate income tax of 22%, Australia’s rates can deter foreign businesses from coming in.

Like all developed economies around the globe, Australia has to evolve with the times. Traditional industries such as manufacture, agriculture, mining, and construction are well-entrenched and integrated into the Australian economy and therefore do not need to be incentivized. On the other hand, in order to stimulate diversification, Australia is incentivizing emerging economies with tax reductions. 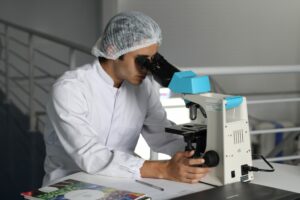 By incentivizing innovation, Australia can remain at the forefront of global science and technology innovation.

The research and development (R&D) tax incentive is the government’s tool to stimulate Australia’s investment into more innovative projects. R&D is the first step in the direction of innovation and the driver of a diversifying economy. By incentivizing innovation, Australia can improve the efficiency of its mainstream industries and ensure they are at the crest of the new wave of global science and technology innovation. Australia ranks eleventh in the world for support to business R&D projects either through direct government funding or tax incentives.

Depending on annual turnover, the income tax offsets of 43.5% or 38.5% are available for activities relating to research and development.

To be eligible for this benefit, you must register your company in Australia, in order to pay corporate taxes to the Australian government. Companies must also be certified to undertake these activities by the Australian Tax Office (ATO) and the Department of Innovation and Science Australia.

Although the tax incentive is somewhat self-regulated, it is worth noting that there are spot checks undertaken by these two authorities to ensure transparency.

Since July 2016, the foreign investment policy in Australian has allowed for tax deductions on investments in Early Stage Investment Companies (ESIC). Early-stage investors, commonly known as ‘angel investors’, can be eligible for two tax offsets.

The first allows for a non-refundable carry-forward tax offset equal to 20% of the investment made but capped at a maximum offset of AUS$200,000. The second is a reduction in capital gains tax. If an investor keeps money in an ESIC for longer than 12 months and less than 10 years, the capital gains on this investment is can be disregarded.

This incentive encourages venture capital firms to prop up the startup industry for lengthened periods of time. Keeping money in a startup allows for a consistent and stable trajectory, allowing the company to grow at an interrupted pace. 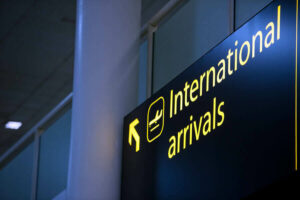 Income arriving from abroad to Australia must be declared but can then be eligible for a FITO if it has already been taxed abroad.

Foreign income tax offsets (FITOs) are available in order to avoid double taxation. A corporation or individual is able to claim a FITO if they have paid a certain amount of income tax in a foreign country where they are partly operating. They must declare all income, whether having paid tax or not and then apply for a FITO.

To be granted the FITO, the paid income tax must be visible in assessable income so that the Australian Tax Office can prove the tax payment. It is worth noting, in some cases where income was earned in both Australia and a foreign nation, the offset is subject to a limit. In a geographically isolated country, the trade of goods and services is of vital importance. By allowing FITOs, Australia is encouraging that branch of their economy to grow unhindered by double taxation.

The Australian Department of the Environment and Energy has combined with the Australian Tax Office to come up with a way to incentivize contributions to conservation projects throughout Australia. Australia is one of the most biodiverse countries in the world, of course playing host to the rich Great Barrier Reef.

By donating property with a minimum value of AUS$5,000 to eligible environmental bodies, donors benefit from the capacity to claim tax deductions on the price of the donation. This is particularly appropriate for those who are asset rich and cash poor. The payment comes in the form of deductions in tax over a period of years. If a donated property is worth AUS$100,000, the payment comes in the form of tax deductions in a selected number of years. Over 5 years, for instance, the donator would receive AUS$20,000 tax deduction every year. 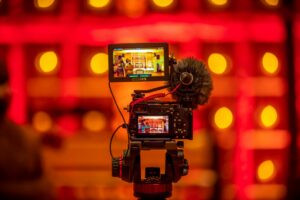 In order to keep Australia as one of the top locations for large budget screen productions, the government offers tax incentives to film and television-related activities.

In order to keep Australia as one of the top locations for large budget screen productions, the government offers tax incentives to film and television-related activities.

The foreign investment policy in Australia creates incentives to encourage the large grossing creative industries to do business in the nation, providing opportunities to Australian casts, crews and post-production companies.

Australia has always been a popular destination for foreign investors. It’s modern and developed business culture, its stable currency, as well as its positive growth in a range of sectors, make it a haven for opportunity hunters.

The only deterrence for incoming businesses has been the high corporate tax rates, up there with the likes of Japan and Monaco. By implementing any number of tax incentives on offer, you can take advantage of Australia’s booming business culture without the downside.

Help your business thrive in Australia with Biz Latin Hub. Our team of specialist accounting and taxation experts can help you benefit from reduced tax payments. Contact us today here to discuss your personalized business solutions.