Uruguay: a small country with great potential in South America

Latin America is a region globally known for its multiculturality and its complex history, amongst other things. The 20 countries that constitute Latin America have many similar traits, but one country in particular stands out from the rest due to its unique characteristics: Uruguay.

Uruguay is a nation with few inhabitants, a small territory and a scarcity of mineral resources. However, the country has managed to progress steadily into one of the most stable countries in the area, ranking third in the Human Development Index (right after Chile and Argentina) and number 55 in the world, according to the United Nations Development Program (UNDP).

Uruguay is located in the eastern part of the American Southern Cone, and has borders with Brazil in the northeast, Argentina in the southwest, and the Atlantic Ocean in the southeast. Its 176,215 square kilometers make it the second smallest country in South America, after Suriname, whereas its 3,286,314 inhabitants (according to the last consensus of the INE in 2011) ranks Uruguay tenth in population size amongst South American countries.

Uruguay offers temperate and humid climates with warm summers and rainfall throughout the year. The governmental system of Uruguay is democratic, presidential, and is one of twenty full democracies the world.

Uruguay is one of the most stable countries in Latin America, ranking third in the Human Development Index.

The main growth of the Uruguayan economy is fueled by the agriculture sector with an export-oriented focus (rice, wheat, corn, and soybeans are staple exports). Uruguay’s developed industrial sector supported subsequent growth in agriculture. One of the key products with a big share in Uruguay’s economy is livestock, with dairy being one of the nation’s biggest industries. However, besides the agricultural sector, it also nourishes strong service sectors: financial, transport, communication, and in particular information technologies, software development and related services. Uruguay is a leader in software exports per capita in Latin America and the fourth in absolute terms, after Mexico, Brazil, and Argentina.

Thanks to the beautiful coastline on the Silver River and the Atlantic Ocean, tourism is another great source of income for Uruguay. It is a territory dotted with retreats, such as the internationally renowned Punta of the East, La Paloma, Punta del Diablo, and Cabo Polinio.

Thanks to this activity fueling a record 15 years of positive economic growth, Uruguay’s poverty indicators experienced a considerable reduction over the last two decades, dropping from 29.9% in 2004 to 7.9% in 2019, according to the World Bank.

One of the best-known characteristics of Uruguay society is its high literacy rate, which is the highest in Latin America according to the United Nations, as well as its life expectancy (around 77 years). Uruguay’s population is well-equipped to support the nation’s development. Also, education is free and accessible at all levels, which further reinforces recognition for Uruguay’s highly-educated workforce.

Likewise, it has one of the most equitable income distributions of the Latin American region. Citizens also have relatively easy access to health care due to a high density of doctors: 4.46 doctors per thousand inhabitants (according to data from the Medical Union of Uruguay).

In the same vein, according to the organization ”Transparency International”, Uruguay ranks first as the least corrupt nation in Latin America, and 23rd in the world. This means that it has a perfect environment for the growth of the private sector, with remarkable political and social stability. Combined with a prepared workforce and a well-forged industrial sector in full growth, Uruguay is an open door to small, medium, and large companies, both local and foreign, that know how to take advantage of its potential.

Incorporating a company and jumping into these opportunities will support not only your business but will also encourage Uruguay to grow, develop and improve conditions in every aspect. 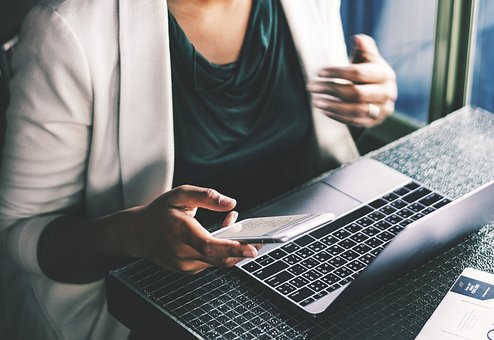 One of the best-known characteristics of Uruguay society is its high literacy rate, which is the highest in Latin America according to the United Nations Organization.

Surprisingly, Uruguay is a country that has more maritime territory than land. Its relief is basically made up of peneplains and plants, and its most important river basin is the Uruguay River, which functions as a means of communication with neighboring countries. In addition, there is the basin of the Río de la Plata and the basin of the Marín lagoon.

Its range of railways, road networks and airports, along with its major seaport in Montevideo offer for easy connection domestically and internationally. Thanks to Uruguay’s transportation networks relative to its size, Uruguay enjoys a large import and export relationship with two of its main trading partners, Argentina and Brazil.

This year in 2019, there are many favorable aspects that make Uruguay a promising land for investment and business. The stable business climate enjoyed by this nation and the advantages offered to achieve new developments make it a privileged country. This resulted in a third place among its neighbors in the ease of doing business index by the World Bank.

The affability of its people, its high level of organization and the beauty and color of its natural landscapes make Uruguay a great paradise in South America.

Impressive statistics throughout the last five years prove Uruguay is ready for a new intake of foreign investments. Its geographic size does not hinder its economic potential.

Nevertheless, setting up an overseas business or incorporating a company in Uruguay can be challenging without the complete know-how of Uruguayan business. Biz Latin Hub offers a range of superior services including commercial representation, back-office services, and legal support that can help you to expand your business. If you are looking for more information, contact us here so that our local team can assist.