How to Register a Business in Uruguay?

Uruguay, while often overlooked because of its size, is considered a progressive Latin American country. The per capita income is high, extreme poverty is almost non-existent and the inhabitants enjoy a relatively high level of equality. In fact, Uruguay has the biggest middle class of all Latin American countries amounting to 60% and is considered a high-income country with excellent infrastructure and education. Another difference between several other nations in Latin America is the political stability and low level of corruption within the most significant institutions.

Not surprisingly, many foreign businesses executing commercial activities want to establish or expand their business in the egalitarian economy of Uruguay, helping it maintain its high annual GDP growth of 3.31% in 2018 (World Bank Group).

Why to Register your Branch / Business in Uruguay – Main Business Sectors 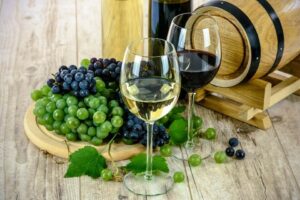 Uruguay will become the first country to offer complete traceability on 100% of its wines.

The largest field for exports is the agricultural sector, employing around 9% of the working population and contributing to 6% of the GDP. A major share in this rate is occupied by the fishing industry, livestock breeding (especially cattle) and food products, such as rice and wheat. The industrial sector accounts for 25% of Uruguay’s GDP and employs more than 20% of the working population. The most important industrial fields are food processing of animals and agricultural products. Other mentionable fields are wine and textile production.

The most important sector in GDP terms is the service sector, contributing to 69% of the economic output and employing 71% of the working population.

Without a doubt, the tourism service field exhibits the most important area of the tertiary sector, as Uruguay welcomed more than 4 Million tourists in 2017 and aims at the same number for the current year. According to Carlos Fagetti, the director of National Tourism, “Uruguay is investing in the diversification of the tourism sector, hoping to reach four million visitors during this year and register again 2017’s figure.” (Tourism Review, 2018). This kind of diversification includes investments in the cultural opportunities offered by the largest cities, including the capital, Montevideo.

The financial system represents another strong service sector thanks to a very transparent and regulated framework. Reasons for this stability are the openness to foreign currency operations and a high amount of capital transactions. Even though Uruguay’s stock market is slightly more underdeveloped than the ones of the neighbouring countries, it has been growing continuously since 2006, especially because of its large primary stock market.

Uruguay possesses some very attractive sectors to do business in, especially in the trade, industry and service sector. Small- and medium-sized enterprises are the most important company types in Uruguay, with more than 170,000 SMEs providing jobs for 60% of the working population, according to the BBVA. But what are the types of legal entities that are optimal for the Uruguayan business environment?

Below we will depict the three most important Uruguayan legal entity types and their characteristics.

There are two types of corporations: 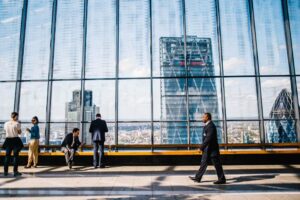 There is no minimum capital required for the formation of a corporation.

Generally, an S.A. requires a minimum of two founding members, who can be either Uruguayan residents or foreigners. In addition, management is mostly executed by a board with several directors who can be local or foreign individuals being domiciled inside or outside of Uruguay. A considerable advantage of the SA is that there are no limitations to the activities that can be conducted except for financial and insurance operations.

In Uruguay, an S.R.L. is usually employed by SME’s and it is, therefore, the most widely used entity type in the country. As it is the case for corporations, there are no limitations on activities to be conducted by the S.R.L. except for financial and insurance operations. Moreover, it may have between a minimum of 2 to a maximum of 50 partners.

How to Register a Business in Uruguay

With the right support, the company formation process of an S.A. or an S.R.L. can be relatively quick and straightforward. No minimum amount of capital is needed, except for financial and insurance companies. Additionally, several steps for the incorporation need to be taken:

Afterwards, the corporation needs to be registered in the following entities:

An alternative to forming an independent local company is the establishment of a foreign branch office in Uruguay. They are theoretically free to perform any business activities but usually follow the business strategy conducted by the parent company. Nevertheless, the company needs to be incorporated in order to conduct its operations.

The incorporation process is similar to the steps previously outlined and the foreign branch office needs to be registered in the National Trade Register (RNC) stating the parent company’s name, domicile, capital and its managers. Furthermore, registries in the MTSS, BPS and BSE are obligatory for the hiring of dependent employers.

Uruguay possesses interesting business opportunities, for both small and large companies. Still, the incorporation process can be somewhat challenging without sufficient knowledge of local Uruguayan law or regulation.

To ensure that your company is formed and incorporated successfully it is recommended to work with a local group. Biz Latin Hub has the knowledge and expertise to offer personalized advice in Uruguay and Latin America. Don’t hesitate to contact us at [email protected] for more specialized information regarding thecompany formation process.

Interested in doing business in Latin America? Watch this video to find out how we can support you.