What Could Uruguay’s 2019 Elections Mean for Business?

The 2019 elections for Uruguay will take place on October 27. At that time, nearly 2.8 million people will be eligible to vote for the President, Vice President and Parliament.

The electoral court in Uruguay is registered for four new political parties this year and the country will define who will represent each political group during primary elections on June 30.

Today Uruguay is administered by a left-wing party and the polls suggest there might be a run-off voting between the current party and the opposition party on November 24.

We explore the effects of a potential change in government on Uruguay’s business environment, and what opportunities or challenges lie ahead for Uruguay post-election. 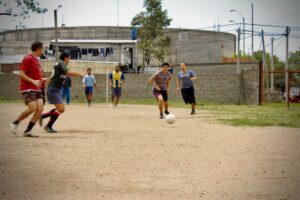 Uruguay’s economy is characterized by an export-oriented agricultural sector, a well-educated workforce, and high levels of social spending.

Uruguay has a free market economy. The economy is characterized by an export-oriented agricultural sector, a well-educated workforce, and high levels of social spending. Uruguay has sought to expand trade within the Common Market of the South. With non-Mercosur members, and President Vazquez has maintained his predecessor’s mix of pro-market policies as well as a strong social safety net.

Uruguay’s economic growth averaged 8% annually during the period 2004-2008. The country’s egalitarian society possesses a characteristically high income per capita, low level of inequality and poverty and an almost complete absence of extreme poverty. In relative terms, its middle class is the largest in America. This represents more than 60% of the population. Uruguay is positioned among regional top ranks in relation to various well-being indices, such as the Human Development index, Opportunity Index and Economic Freedom Index.

Uruguay demonstrates a stable political environment, with pro-investment elements. Its governance is largely dominated by three major political parties who have been rotating in and out of office in turns: Colorado Party, National Party, and Broad Front (currently in power). There is a high regard for democratic process and respect for Uruguay’s economic needs. This reassures foreign businesses and investors moving into the country. 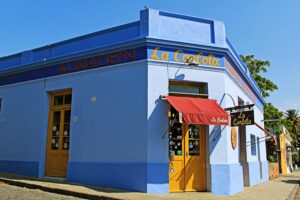 Uruguay’s government works towards providing the appropriate business climate on an ongoing basis and the best facilities for investors.

Government programs aim to support entrepreneurs and boost investment across the country. The National Agency for Investigation and Innovation hosts conferences and events to aid startups in their preliminary operations. Uruguay’s government works towards providing the appropriate business climate on an ongoing basis and the best facilities for investors. This includes offering enhanced efficiency and expedited state processes, including the Company-in-a-day program, electronic invoicing and signatures, and international trade hubs.

There are 99 seats in the House of Representatives, and 30 in the Senate. For the 2019 elections, public support narrowly leans towards Broad Front.

Broad Front’s electoral win in 2004 was the first instance Uruguay’s left-leaning party gained a majority. This victory was followed by targeted strengthening of diplomatic relations in Latin America and strong economic reform. Another win in 2009 saw swift moves by Broad Front toward social liberalization.

Though primarily progressive, not all Broad Front member parties are necessarily left-wing. Some display fiscally conservative policies that could come to the fore in a re-elected Broad Front government. Electoral candidates Daniel Martinez and Carolina Cosse have held minister positions in finance and energy and mining.

Martinez has publicly declared an interest in fostering job growth for Uruguay. Cosse is known for promoting Uruguay’s renewable energy industries and infrastructure technology. Her campaign promise of a ‘Security Cabinet’ also aims to tackle issues of crime.

The more conservative National Party trails its Broad Front leaders in polls currently. Its running candidates, Luis Lacalle Pou and Jorge Larranga, represent strong interests in different areas. Pou comes from a political family and is a pushing pro-business environment for Uruguay in his campaign. He also calls for “urgent austerity measures” to tackle the country’s fiscal deficit.

Larrañaga, on the other hand, plays into Uruguayans’ interest in security as a key national concern. His two campaigning flagship policies appear to lie in military and education; he advocates strongly for military intervention in domestic policing. Investment into quality education facilities and teaching also takes precedent.

Varied results could come out of elections for business in Uruguay. A leading leftist party has made bold moves in introducing socially liberalized policies. One result of this is the now-popular cannabis industry in the country.

Introducing austerity measures could involve a change in tax requirements for foreign business. Drops in government spending could potentially result in missed opportunities to invest in growing sectors, which would mean Uruguay’s National Party may have to find other means to attract foreign investment.

Increased security and pushes for a closer exploration of Uruguay’s renewable energy potential could offer increasingly attractive conditions for investment and business in the country. A campaign dedicated to job growth, though broad, could include finding new and creative ways to bring more commercial actors (particularly large multinationals) to the territory.

The industrial sector accounts for 25% of Uruguay’s GDP and employs more than 20% of the working population in Uruguay. The most important sectors in Uruguay are the food processing of animals and agricultural products. Other fields that are also profitable in Uruguay is wine and textile production.

When starting a business in Uruguay, it can be relatively quick and easy. There is no minimum amount of capital that is needed, except for financial and insurance companies.

Uruguay possesses interesting business opportunities, for both small and large companies. Still, the incorporation process can be somewhat challenging without sufficient knowledge of local Uruguayan law or regulation.

To ensure that your company is formed and incorporated successfully it is recommended to work with a local group. Biz Latin Hub has the knowledge and expertise to offer personalized advice in Uruguay and Latin America.

Don’t hesitate to contact us here for more specialized information regarding the company formation process.