Harness valuable workforce resources when investing in Central America by looking at expansion options in the Northern Triangle. The Northern Triangle of Central America includes the countries of Guatemala, Honduras, and El Salvador. In recent years, these countries have gradually strengthened regional economic ties through diversifying their social, political and economic integration.

The Northern Triangle’s connections to the US and Canada are strong, which leading many companies to consider the region a viable, connected business destination. The United States of America is one of the largest business partners of many Central American nations, and the European Union, Japan, and Mexico follow suit. Generally speaking, Guatemala is considered the largest economy of the Northern Triangle; El Salvador holds place as the fourth-largest economy in the region and Honduras follows with the most affordable labor costs in Central America. If you’re investing in Central America, consider these countries in your line-up when choosing a new market.

Literacy is high for Central American countries compared to other Latin American jurisdictions; El Salvador, Guatemala and Honduras have an average literacy rate of nearly 80%, according to UNESCO. Increasing levels of educations are opening opportunities for more service and industrial oriented businesses.

For 20 years, Northern Triangle countries have been deregulating and privatizing their energy, financial services, telecommunications, and broadcasting sectors. The region appeals to foreign multinational companies investing in Central America, thanks to these open business environments, plus its accessible workforce and considerable tax advantages.

Historically, agriculture is one of the region’s largest industries, followed by tourism and a growing industrial sector. The decline in the prices of coffee and other historical export products, combined with long-term policy and structural measures, hit agriculture very hard. This response gave way to the emergence of manufacturing, largely represented by ‘maquiladoras’ or large factories. This sector accounts for almost half of total exports from El Salvador, Guatemala, and almost two thirds for Honduras. Entrepreneurs investing in Central America typically target manufacturing and other industrial activities for their high prospects for success and relatively low overheads.

To set up successful commercial operations in the Northern Triangle in these industries, companies benefit greatly from sourcing trained, experienced employees. Luckily, these countries offer an abundance of skilled people to support these operations.

It’s important to think about and understand your workforce needs and what’s available when investing in Central America. The potential here is different from what you’d expect in a local market this size and dynamics.

The largest sectors in the Northern Triangle have historically demanded unskilled and semiskilled labor for industries such as coffee, fruits, sugar cane, cotton, maquila/manufacturing, call centers, and others.

This is changing and countries in the region are becoming extremely competitive thanks to:

The Northern Triangle has a lot to offer in terms of its workforce, which is largely underutilized at present. Since 2014, these countries have seen an increase in nationals returning from the US. In 2018, almost 196,000 children, men and women returned to the 3 countries.

The numbers of people returning are striking and what they bring back with them, even more.

Historic migration patterns between Central America and the US

Between the 1970s-1990s, many Central Americans left their countries when political and social upheaval led to civil wars. The US, Canada and Europe were the top destinations for these people, especially the US.

The Migration Policy Institute (MPI) found that many of these immigrant workers in the US, (including Central Americans) were concentrated in the service industries, construction, and manufacturing.

Many Central Americans are therefore returning with skills consistent with and in demand from employers investing in Central America, in the Northern Triangle in particular.

A good example of this is construction in El Salvador. Local organizations in partnership with government and the private sector have certified specific construction skills of returnees from the US, which allows many to swiftly join the local workforce.

Returnees are therefore bringing back very valuable experience with them and we are starting to see this added value.

In El Salvador, post-conflict instability and economic hardship from civil unrest pushed families to join their relatives in the US. It was estimated that between the 1970s and 1980s, almost 25% of the population in El Salvador left for the US.

This is a striking number, given the size of the country.

Now, El Salvador is increasingly becoming an attractive destination for international businesses. It’s one of the largest economies in the region, despite being the smallest country in Central America geographically. The country’s modest but consistent economic growth has created a relatively safe investment environment. According to the World Bank, GDP growth in El Salvador has been steady since the year 2000, hovering around 2.5%, with an expectation of further growth.

In addition to this, US government data showed that Salvadorans had the highest participation rates (74 percent) in the civilian labor force among Central American immigrants in the US. This made them one of the strongest demographic actors in the immigrant workforce population.

As El Salvador increasingly welcomes home more returnees, we see that they bring with them skills and knowledge highly valuable to companies investing in Central America. Most of those skills can be pooled into these dominant occupational groups:

The extent of these skills can exceed local standards, particularly as machine operators and in construction, as plasterers and stucco masons, which are increasingly in demand in the region.

Many Central Americans have positioned themselves well for the type of skills in demand in their home countries, by gaining experience in US and Canadian markets.

Northern Triangle nationals returning home come back with experience working in some of the largest and most competitive markets in the world, including Europe. This means that their skills are valuable to foreign companies investing in Central America from those areas, in several ways:

When investing in Central America, companies should consider approaching returnees from foreign markets who can offer a level of experience and expertise that others may not.

The region offers relatively low costs of labor. Those with international experience may be able to offer foreign investors and companies helpful skillsets and perspectives they may not otherwise find traditionally in the Northern Triangle.

Challenges for returning US immigrants

Returnees to the Northern Triangle can face some unique challenges that stop them from quickly integrating and finding jobs, despite their skill level.

Most returnee immigrants may come back without the correct paperwork to go about their business in the country, simply because they lived outside for so long. In turn, this limits access to services and opportunities.

Others find themselves socially isolated from family and friends. Sometimes, government information and services are not widely available, and some can’t easily identify their work opportunities.

As the numbers in returnees rise and bring along all they have to offer, it’s the right time to start tapping into this potential.

The Northern Triangle poses a number of largely undiscovered opportunities for investing in Central America. Its skilled workforce can support a number of commercial ventures for multinational companies – the trick is knowing how to tap into the right talent pools.

Biz Latin Hub can help. We’re a market leader in providing detailed and up-to-date advice and support for companies expanding into Latin America, including the Central American region.

We offer a full suite of multilingual market entry and back-office services, including company formation, hiring and employment, accounting and taxation, visa processing and legal representation support. This makes us your single point of contact for all your corporate law and accounting needs when investing in Central America.

Reach out to us today at [email protected] for more information about how we can support your Central American expansion.

Learn more about our team and expert authors, and check out our short presentation below on El Salvador, a Northern Triangle member and attractive destination for Central American investment. 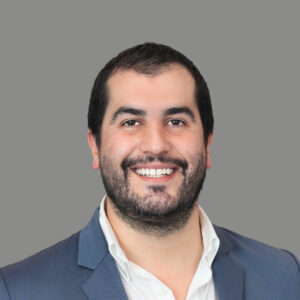 Camilo Mantilla is currently an international advisor at the John Jay College of Criminal Justice in New York, focusing on security and public safety in Mexico. He has worked as a legal advisor and project manager for the United Nations in Central America and Colombia, where he also assisted foreign owned and publicly traded companies do business and conduct risk management strategies.

Camilo is a Colombian lawyer with a master’s degree in international law from the Fletcher School of Law and Diplomacy.