4 Reasons Why You Should Invest in Australia

What comes to mind when you think of Australia? Kangaroos? Beaches? The Outback? How about an economic powerhouse? By many measures, Australia’s economy has proved to be the most resilient and consistent of all developed nations over the last three decades with no indications of slowing down anytime soon.

Why Invest in Australia? Economic Overview 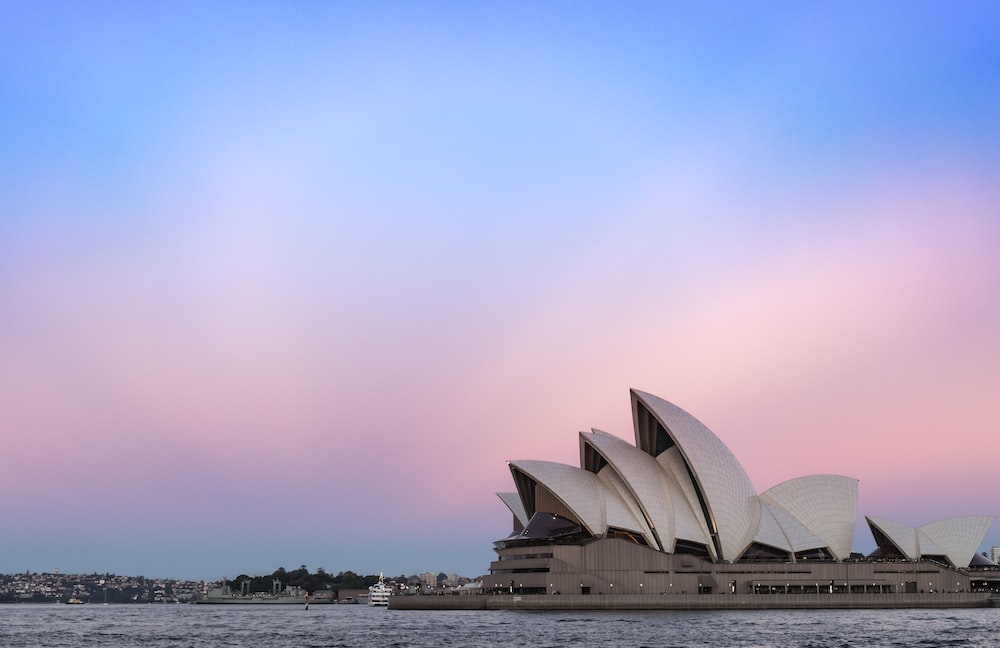 The Australian economy has experienced 27 consecutive years of economic growth without a recession.

Australia, the world’s largest island or smallest continent depending on who you ask, has a population of roughly 25 million people. Its economy is highly diversified and posted record-setting growth in recent history, which is benefiting from increased connections with Latin America. After a 2.1% GDP increase in 2016-17, its GDP continued increasing by 2.9% in 2017-18. Australia’s economy has now averaged a GDP growth rate of 3.2% per year since 1991-92, outpacing every other developed economy including the United States (2.5% per year), Germany (1.4% per year), and Japan (0.9% per year). In fact, the Australian economy has now experienced 27 consecutive years of economic growth without a recession (defining a recession as two consecutive quarters of economic decline), which is better than all developed economies. The International Monetary Fund’s World Economic Outlook from April of this year predicts that Australia’s economic growth will continue to outpace all of the world’s major economies between 2019 and 2023. The GDP totals $1.2 trillion, giving a per capita GDP of $46,800; this ranks as the second wealthiest nation in terms of wealth per adult, trailing only Switzerland.

Australia’s economy is exceedingly varied, contributing to its consistently robust economic growth over the last decades. Its most important business sectors present some great business opportunties, which will be discussed more at length below, include:

Beyond its abundant coal reserves, Australia is also a leader in producing liquified natural gas (LNG). Australia is on track to become the world’s largest LNG exporter, something that could happen even sooner with the escalating trade war between the US and China, as Australia could benefit from increased exports to China. Green energy is another emerging sector, primarily wind and solar, with the country planning to produce 33% of their energy via renewables by 2020. In 2016, Australia ranked number 9 in the world in terms of solar energy production, producing 12.2 GW. With high levels of sunshine and large areas available for solar production, this number is only expected to grow. Australia also has a high potential for wind power, as it leads the world in terms of wind power efficiencies, which represents the ability of a wind turbine to run at full power. The world average is 23%, while Australia clocks in at 33%. It’s been calculated that potential onshore wind resources could produce 12 times the yearly energy consumed in the country. 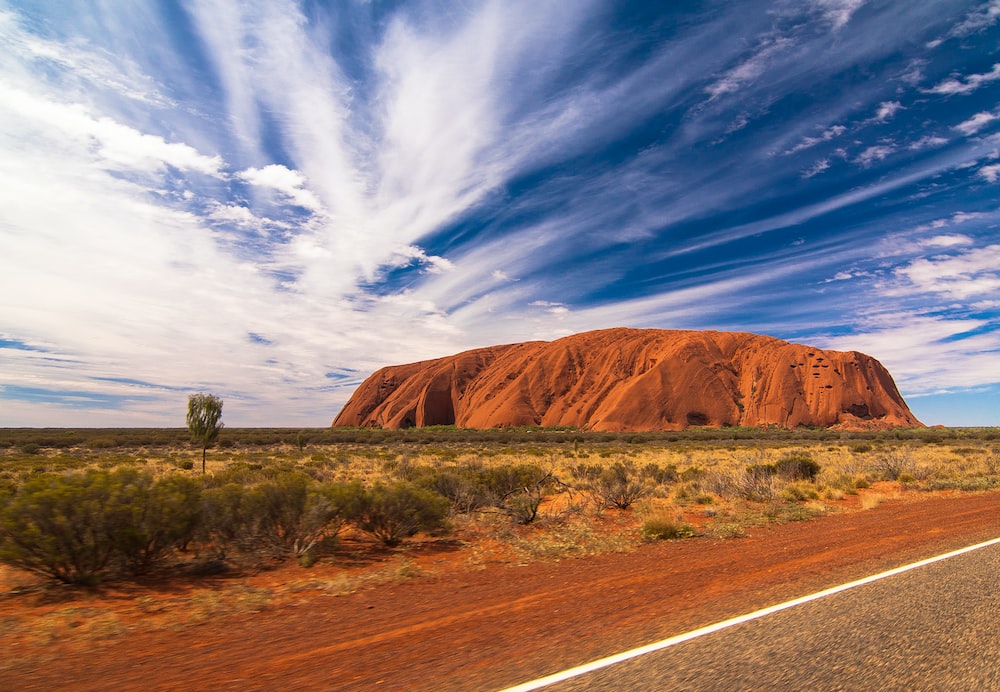 1 in 13 Australians are employed by the tourism industry.

One of the fastest growing sectors in the country, tourism brought in over $42 billion last year and supports about 924,000 jobs, representing 1 in every 13 Aussies. Australia’s natural diversity, ranging from pristine beaches and the Great Barrier Reef to the infamous Outback and the lesser known ski slopes of Perisher, brought in nearly 9 million tourists in 2017, which is up 6.6% since 2016 and over 50% since 2010. The continent benefits from its close proximity to Asian markets, which make up the largest chunk of their tourists, followed by New Zealand, the United States, and the United Kingdom. Australia is projected to approach 10 million visitors in 2018 and is actively courting the lucrative US tourism market, best exemplified by their clever movie trailer spoof aired during the 2018 Super Bowl. The aim is to increase American tourism revenue from $3.8 million to $6 million by 2020.

Frequently overlooked, Australia’s financial service sector actually represents the largest contributor to the country’s production, achieving 9.5% of the total gross value added (GVA). Within the Asia market, it has noteworthy wealth management and financing infrastructure skills, one of the largest reserves of bank assets, and an emerging sector of financial technology expertise. Financial institutions hold assets in excess of $6 trillion, nearly 5 times the country’s GDP. It has over $1.8 trillion assets in managed funds (ranking sixth in the world), a stock market value of nearly $1.2 trillion (ninth in the world and third in the Asian region), over $280 billion in alternative assets managed (fourth in the world and the most in the Asian market), and over $1.9 trillion in international and domestic outstanding debt securities (tenth in the world and third within the Asian region). The sector has grown at a staggering average of 9.6% per year over the last twenty years.

Australia’s unprecedentedly consistent economy makes it an attractive candidate for foreign direct investment (FDI). The country has ranked in the top 10 in terms of FDI confidence for eight consecutive years, this year moving up to number 8 on AT Kearney’s FDI confidence list. Australia received nearly A$850 billion of FDI in 2017, which is up 7% on the year and more than 50% since 2011. The United States represents the largest source, with almost A$190 billion in 2017, or 22.4% of Australia’s total FDI. Recently, FDI has increased from Asia, with Japan sending over A$92 million, making it the second largest contributor. China is the fifth largest source, with over A$40 billion; this is up 5.1% since 2016 and has increased an average of 19% per year since 2011. 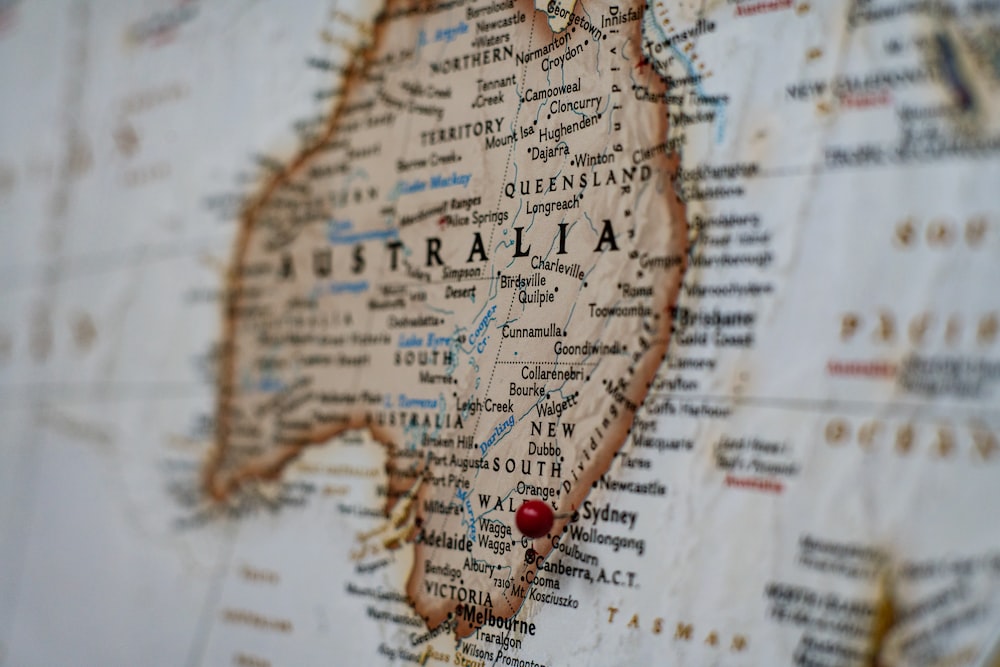 Australia has ranked in the top 10 in terms of FDI confidence for eight consecutive years.

Investing ‘Down Under’ presents many exciting opportunities, many of which are quickly growing. The economy’s incredible stability has outpaced every major economy in the world and has steadily increased over the last 27 years (and counting). The vast diversity of the economy has to be one of the biggest contributing factors, with great opportunities in a myriad of different sectors. Famous for its mining sector, Australia is a leading producer of many of the world’s minerals and precious metals, including gold, uranium, diamonds, zinc, and many more. Its energy portfolio is well diversified and is on track to be the leading exporter of LNG while also planning to produce a third of its energy from renewable sources by 2020. The tourism industry is expanding every year and is projected to approach 10 million visitors this year. The financial services sector is outpacing nearly every other sector as it already represents the largest source of the total gross value added. And FDI in the country has increased by more than 50% since 2011 and ranks as one of the safest investments worldwide.

So it seems that the relevant question to ask is……What are you waiting for, mate?

Has this article opened your eyes to the opportunities in the Australian market? If so, then reach out to The Biz Latin Hub Group. With our wide gamut of expertise, ranging from personalized market entry to back-office services, we can help you to commercially navigate the Australian market.

Reach out to our CEO, Mr. Craig Dempsey (who happens to be an Australian national), here for personalised support.