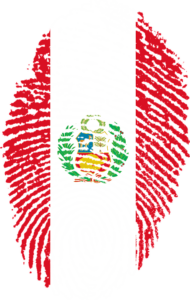 As explained by the executive, the new law seeks to facilitate the arrival and stay of foreigners in Peruvian territory, strengthen the internal security and promote the fight against crime. In addition, it will avoid family breakdowns that are a product of irregular immigration status carried between Peruvians and foreigners.

Among the main changes brought about by this New Law, are the following:

The New Law includes a number of principles on migration that recognise respect for the fundamental rights of migrants, giving more importance to the foreigner and his family, the children’s interests, as well as non-discrimination on migration issues.

The new law, unlike the previous one, recognises unmarried couples (common law partners) as members of the family; guaranteeing the right to family reunification abroad in order to protect the family and its unit. With the current regulatory body, foreign cohabitants can apply for resident migratory status and therefore obtain an identification document that will allow them to get a job in Peru, receive health care and financial credits.

The New Law shifts responsibility to the Migration Authority in order to bring to the attention of the competent authorities the different cases of human trafficking, domestic violence, violation or impairment of the fundamental rights of foreigners. Additionally, exonerations of administrative sanctions will be provided in humanitarian cases in order to proceed with the regularisation of the immigration status of foreigners and the reunification of their families.

The New Law establishes the obligation of registration and control of foreign passengers by the international transport means, promoting the use of electronic systems and new technologies.

The Migration Department will have the authority to monitor the activities of foreigners, work that was previously exclusively assigned to the National Police. A new Migration Register will also be created to collect, organise and analyse information of foreigners.

With this new legal framework, The Migration Authority will remove the “Single Text of Administrative Procedures – (TUPAs)” – 130 requirements that generated red tape and cumbersome procedures. The main beneficiaries of this simplification are foreigners working in Peru, since it will no longer be required to present original documents to renew the visas of their relatives.

One of the most important changes is the elimination of financial guarantee letters and affidavits that had to be signed by a Peruvian relative to extend the residence period of a foreign citizen. Changing the immigration status or applying for a visa will also no longer require documents to be presented of which the Migration Authority already has access to, i.e. copy of Registration Certificates or IDs, which can be checked by the RENIEC system.

The New Law also differentiates the migratory status of a short-stay worker from a frontier worker and an appointed worker (Trabajador designado). In the latter case, the remaining term of the migratory status is 30 days a year (previously it was 12 months, reasonable time and coherent with the type of work carried out by foreign companies in favour of Peruvians). This reduction is counterproductive because this type of visa is for temporary foreign workers without employment in Peru that come to perform specialised work on behalf of their employer (foreign company).

Finally, when a foreigner previously obtained immigrant status (today permanent resident) they did not lose that status when absent from Peru.  However, today this status could be lost if the absence is longer than 365 consecutive days, unless it is authorised by the Migration Authority.

It is worth noting that there are New Law Regulations yet to be published and these are expected to be released in early 2016.  These regulations will shed more light on the details and procedures involved in these new categories and status. Nevertheless, after an initial review of Legislative Decree No. 1236, it can be seen that there is an improvement in many areas over current the regulations, so often criticized for being bureaucratic, discriminatory and outdated.

Foreigners around the globe are finally realising the amount of business opportunities currently available in Peru. If you require more information regarding foreign investment or visa processing in Peru, please contact us now.