The Brazilian Election – What does it mean for foreign business and investment?

Brazil, having just chosen its new president for the next 4 years, has conquered a special place among international news and is still being closely followed by economics sectors, companies and mainly by Wall Street Investors due to the recently passed “Elections Rush”. Actually, a ‘social media war’ took a special place before the Brazilian voters, bringing much “fake news” as well as a great volume of real information about the two final candidates, most of which would likely have been preferably-hidden from their perspective.

Brazil Election – What does it mean for Foreign Business and Investment?

The “polemic” right-wing winner, Jair Messias Bolsonaro-PSL, is a former Brazilian Army Captain, that was part of the Brazilian Congress, made his fame advocating strict penalties and sentences against rapists, corrupts, and defending the reduction of the age of majority for criminal’s process and punishments and sometimes called an “extremist” for his ideas and controversial declarations. 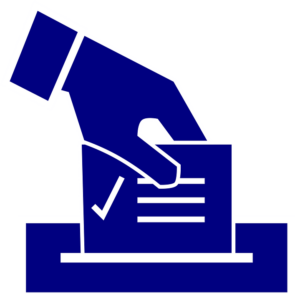 His opponent was Fernando Haddad, an academic lawyer that belongs to the same left-wing party, Partido dos Trabalhadores-PT, of the former president, Lula. Haddad is a former Mayor of São Paulo City Hall and presents himself as Lula’s deliverer. He is being sued for suspicion of corruption, money laundry and conspiracy to commit crimes, charged by the State of Sao Paulo Prosecutor’s office. His planned policies advocated not only for Lula’s deliverance but also for the enhancement of the government control of the economics, increasing ministries. His plan was to create new ministries and regulatory agencies, defending control over media, journals, TV-news among other news vehicles.

Recovering from the deepest economic crises in more than 15 years, Brazil had been ruled by Lula-PT and his associates since 2002, with many changes and economic impacts from a populist government involved in some corruption scandals revealed by Federal Police and Criminal Investigation. The most known operation is “Lava Jato” (car wash) – responsible for the imprisonment of Lula, his associates, and partners.

The majority of Brazilian Electors, discouraged by the corruption schemes, scandals and general concern about the current economic crisis, is clamming for changes. This is not only the demand for more honest candidates but increasing the conservative view about economics, tax systems, and social policies, among other subjects.

This movement – electing the most conservative representatives in decades – is responsible for a historic change in Brazilian Congress, having increased right-wing party representation as the main participants in Congress.

It means that the presidential candidates would have faced a congress which defends several policies the country has long been somewhat opposed to. These include reduced government-intervention in local markets, Brazil becoming more open to the global market, struggling for a responsible tax decrease, privatization in some industries – all with the aim to build both a stronger economy and relationship with the rest of the world.

The 1st election round demonstrated Bolsonaro to be the favorite candidate with 46% of the total votes. Historically in Brazil, the candidate with his votes and people support in the 1st round has conquered the presidency. This occasion was no exception to the rule.

Keeping in mind and considering that he has already declared his admiration for Trump and his government, Brazilian economists and investors are confident that, as the new president, he will try to get close to the interest and commercial relationship with North American countries, mainly with the USA.

It is important to verify that the two final candidates for the Brazilian presidency had antagonistic views and policy proposals for their respective governments. However, even if Haddad had won Brazilian Congress, he would have struggled to keep their conservative points suppressed with respect to future government plans.

Even the former president, Michel Temer, understood the importance of trade and relationship with North American countries. At the beginning of October, Brazil and USA signed an international agreement avoiding double social security fees to Brazilian Multinational Companies that have subsidiary companies there, and to US Multinational companies with subsidiaries in Brazil.

This international and bilateral agreement will prevent these companies from paying twice for social security fees over their payroll, reducing these types of companies’ operation costs.

Prior to his arrival at the Presidential office, the markets seem to have rejoiced at the prospect of Bolsonaro becoming President, with the Brazilian Real recovering about 14% against the US dollar from mid-September as he excelled as the clear favorite to win the elections, and his Chicago-educated finance minister to run the economy.

International investments in Brazil have also been increasing in the last 5 years through the recession, according to the Central Bank of Brazil. In fact, FDI stood at $62.7bn at the end of 2017, by far the highest in Latin America, and the fourth highest in the world. Investments from the USA were worth US$11,078 (millions) and from Canada were US$303 (millions).

These investments have been split between the industry, agricultural, and service sectors. Despite the crisis, bureaucracy, corruption and seemingly restrictive policies of the former government, foreign investment was still able to do extremely well in Brazil. 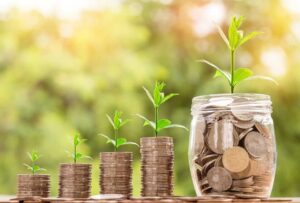 Investors and economists are excited by the opportunities likely to arise in 2019.

Now, the Brazilian Stock Options market (BM&F-Bovespa) investors and economists are excited by the opportunities likely to arise in 2019. The current Brazilian outlook is this: the country is set to recover from its worse crisis in decades, has renewed its congress and has elected a new President who, desiring to bring fresh foreign investment to Brazil, wishes to adopt a new stream of economic policy to both open the Brazilian market and reduce taxes & bureaucracy. With a Congress that now comprises mostly of right-wing party individuals, the nation will, almost inevitably, move in a direction different from before – whether for the better or worse is yet to be seen.

With more than 200 million citizens and a society hungry for fresh opportunity, the Brazilian market is seemingly ready for new business; open for new companies, startups, and innovation. Given the direction the country has long chosen to go in, a number of changes will require some time to occur, but the country has proved it is worth and will be a pleasant “surprise” for those that decide to invest in it.

If you want to see how you can tap into the commercial opportunities in Brazil, get in contact with a Biz Latin Hub. Reach out to our bi-lingual Country Manager, Bruno, at [email protected] for personalized support.