On Tuesday 30 April, Brazilian president Jair Bolsonaro signed a provisory law (medida Provisoria/MP). This law (MP of Economic Freedom) amends legislation in order to unlock the bureaucracy faced by startups. This law is a campaign promise and one of the main incentives to enhance entrepreneurship in Brazil.

The Federal Government also recently created a new type of company. This company will be named the ESC (‘Empresa simples de crédito,’ or Simple Company of credit). Like the new provisory law, this company structure is also aimed at increasing foreign investment. We explore the benefits of these recent legislative changes in regard to business in Brazil. 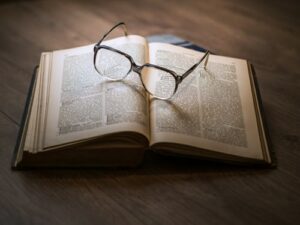 In the last 20 years, Brazil has established a significant number of laws, regulatory agencies, and conditions increasing the presence of the Government in many economic areas. The new law, MP 881/19, is called the Economic Freedom MP. It sets objective rules and liberates new businesses and investors from many licensing and bureaucratic requirements. Moreover, it is bringing something even bigger.

This law formally reduces the influence of the Government, its agencies and agents over Brazilian companies. It is regulating the conditions for incorporating a new business. This means it gets rid of many regulatory licenses and conditions to start business operations.

Also, it realigns the Federal Constitution concepts with the presumed innocence/good faith of the entrepreneur. Previously, Public Authorities were not obligated to presume the company was acting in good faith. This situation was compounded by numerous conditions and licenses companies were mandated to fulfill before beginning commercial activities.

Doing business in Brazil – What are its effects?

With this new legislation, the government signs into a system of consistency. Agencies cannot ask for different documentation that hasn’t been outlined upfront. They are required to establish a level of ‘good faith’ with the company. For credibility and authenticity, if anything is not correct, specifically delegated authorities will be able to take appropriate steps to rectify non-compliant behavior.

The new provisory law leaves no room for subjective legal interpretation. If two companies are in the same activity, under the same rules, they must be given isonomic treatment. Consequently, government agents are forbidden to apply different proceedings or requests between them. This leads to more transparency in the way the government and companies operate. Which in turn leads to, for example, clearer legal and accounting compliance standards.

Licenses and permits for testing products

The new law also liberates companies from licenses and permits to test their products. It assumes the good faith of the company, formally establishing the limit of freedom to test new products. This means that government agents are obligated to trust the company is respecting law limitations.

However, the government agency can be called to inspect the company. This is in case a company violates testing laws and thereby puts public safety at risk. If the violation is proved, the company and its managers will be responsible for the violation.

So, in the event of an accident or breach of the law, the authority still holds inspection power. Consequently, the company’s legal managers and shareholders will still be responsible for it. 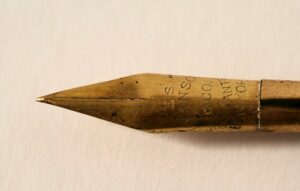 Among the proposals to expand the Simples Nationally debated in the Senate, is the creation of the Simple Credit Company (ESC).

In a nutshell, MP 881/2019 is liberating companies from previous license obligations. For example, a new restaurant is not obligated to get the Sanity and Health license but is still obligated to respect the legal standard level of cleanness, sanity, and health. And if they violate any laws or regulations, authorities will be able to act in accordance with the law.

The MP 881/2019 is what market observers project to be a  small step from the Federal Government to open Brazil’s door for foreign investors. Further reforms on Tax and Social Security could be the next step to incentivize growth for the Latin American giant.  This legislation extends an olive branch to investors and entrepreneurs. With continued regulatory progress, Brazil will become increasingly attractive to incorporate a company.

Among the proposals to expand the Simples Nationally debated in the Senate, is the creation of the Simple Credit Company (ESC). This new legal structure has the role of expanding the supply of financing for micro and small enterprises (SMEs), filling gaps left by banks.

Although the supply of credit to smaller companies has grown significantly in recent years, the lines directed exclusively to this public have not been sufficient. 20% of SMEs have had a loan application denied by the banks. Of these, 21% indicated that the refusal occurred because banks did not have lines specific to their needs.

This is where the ESC comes in. This structure allows small business owners to lend to other small business owners without the formalities of the financial system. This mechanism would also allow a range of unbanked manufacturing process engineers (MPEs) to have access to credit. Allowing this access stimulates growing industries like Fintech in Brazil.

How does the ESC work?

The ESC has to be set up as an Individual Limited Liability Company (Eireli) or as an Individual Company (EI), or as a Limited Company. It can only operate with equity. For example, ESCs would not be allowed to take recourse to banks and then lend to third parties. The scope of the ESC would be limited to the municipality where it is installed, and the only remuneration would be the interest rate fixed on the amount borrowed.

The charge of any charge or fee is prohibited by the text of the House Bill (PLC) n ° 125/2015, which provides for the creation of the ESC. On the other hand, these credit companies could adopt the fiduciary alienation institute. This would open the possibility for the ESC, for example, to appropriate assets financed by the debtor as collateral. The PLC also stipulates that ESC’s maximum indebtedness should not exceed three times its shareholders’ equity.

Get started in Brazil

Brazil’s startup growth shows potential in a range of sectors. Now, new legislation simplifies compliance standards. Moreover, it has promised a new company structure that allows for easier capital obtainment. When analyzing these changes, it is clear there has never been a better time to get involved. Capture some of the lucrative opportunities that await.

With the right strategy and product, your Brazilian expansion can achieve success. In order to get started, you should seek accounting and legal support from knowledgeable experts.

At Biz Latin Hub, our experienced Brazil team offers comprehensive market entry and back-office services. This includes accounting, legal and recruitment support. To find out more, contact our Brazilian business experts today on [email protected], and a member of the team will get back to you.