How Chile is Transforming the Non-Conventional Renewable Energy Sector

Renewable Energy in Chile: Arid deserts, snowy mountain ranges, glaciers and an almost endless shoreline are combined to make Chile a highly desired destination for tourists, adventurers, thrill seekers and curious souls. The overwhelming natural beauty that Chile holds has dazzled foreigners for centuries and has for some time now been perceived by locals differently.

The environment as a whole is now being more valued and respected every day. The extent of these evolving attitudes is
shown through huge national public policy changes that already have been or are in the process of being implemented. Perhaps one of the most interesting and radical of these public policies revolves around the way energy is being generated in Chile. Energy, for obvious reasons, is expensive and finite. However, at the same time, it constitutes a vital and critical factor for the livelihood of local producers. Within this stressful relationship and in harmony with the way modern civilized and sustainable-minded people see the world, non-conventional renewable energies have become an exciting and inexhaustible source of energy.

Changes in Chilean Regulations and Trends

Traditional historical entry barriers that have limited it in the past have been removed, allowing for investment and growth. These changes to regulations and trends in Chile have promoted steady growth, especially in the energy sector and the mining industry. The two key aspects that were fundamental in this respect were:

Positive consequences followed, and by the beginning 2016, approximately 2473 Million Watts were being originated from non-conventional renewable energy sources. In spite of these promising figures, auto-consumption has been much lower than anticipated and this is why the Chilean Energy Ministry is determined to boost auto or internal consumption of non-conventional renewable energy sources. To accomplish this goal, four mechanisms have been identified as critical: 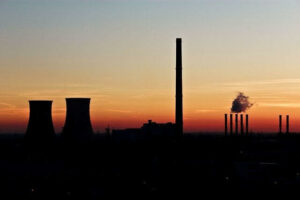 as it is popularly known, shortens the deadline and increases the requirements. It has a retroactive effect that is mandatory, for all contracts and agreements that were already in existence. Even though at first there was some skepticism and criticism due to costs and infrastructure factors, experts are coming around and are leaning in favor of supporting this massive endeavor.

In conclusion, Chile is currently and will continue to be for many years to come, a real haven for investors, domestic and foreign. The government’s commitment to the growth of the non-conventional renewable energy market makes Chile a leader not just in Latin America, but on a global scale. Adequate public policies and laws mixed with a gifted geography and climate support this claim. Many international investors are taking advantage of all the gifts that Chile has to offer by forming companies and entering this attractive market.

To learn more about the Chilean economy, the business opportunities to form a company in Chile, and how you might take advantage of these political shifts, please contact us today.