Colombia’s economy is emerging on the world stage, with many commercial talents to showcase. The country is surging ahead in several global markets and initiatives – including its leading legal framework for decriminalizing cannabis.

It’s now looking to flex another economic muscle that hasn’t traditionally featured on government agendas by investing in its orange economy. 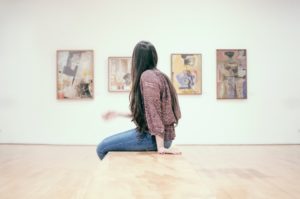 As Latin American intellectual property regulations become a hot topic, we explore how Colombia is supporting its creative industries.

As Latin American intellectual property regulations become a hot topic, we explore how Colombia is supporting its creative industries.

Colombia’s economy has reportedly grown at a 3.8% average over the past seven years. This makes it one of Latin America’s steadiest growing economies; consequently, it’s now the third largest in the region. Market observers expect the economy to grow another 3.64% on average for the next two years.

Colombia’s government emphasizes entrepreneurship, equity, and legality. It has demonstrated an ongoing commitment to fiscal discipline since 2012 under the then-instituted Fiscal Rule. This has played a big part in Colombia’s increasing economic buoyancy. A growing middle class and per capita income have increased consumer spending, offering great opportunities for new business.

The Latin American nation employs a number of tactics to improve its attractiveness to foreign investors and entrepreneurs. It leads the region in terms of investor protection and legal reforms to better its negotiating environment. Its overall efforts to become a sound business destination rank it fourth place regionally for ease of doing business.

This ambitious country is now turning its focus to areas outside of its traditional economic staples for growth opportunities. This is where the orange economy comes in.

What is the orange economy? 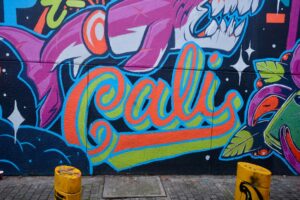 ‘Orange economy’ is a term used to describe culture, arts and media/entertainment industries in a market.

‘Orange economy‘ describes the culture, arts and media/entertainment industries in a market. The term refers to the colour ‘orange’ due to its branding connotations of culture, creativity, and innovation. Business endeavours considered part of the orange economy include:

Orange economy businesses are characteristically driven by individuals’ and groups’ intellectual property. This means creators of goods and services in this industry are owed attribution and royalties. This applies to both domestic and international use of the product, service, or patented idea.

Together, these industries make up approximately 6% of the world’s GDP. Currently, Colombia’s orange economy makes up 3.3% of its GDP. However, the country’s government has set unprecedented plans to push this number towards the 10% mark.

Published in 2013, Duque’s book defines the orange economy as “a set of activities that in a chained way allow ideas to transform into cultural goods and services, whose value is determined by their intellectual property content.” According to the book, the orange economy consists of:

For President Duque, promoting this economy is essential for preserving cultural industries generated by diverse indigenous and experiential backgrounds. A strong orange economy will also reduce Colombia’s reliance on natural resources, which can be volatile markets. 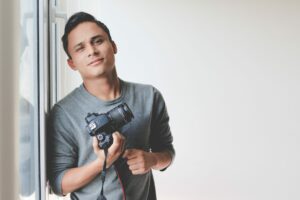 Protecting intellectual property not only means that tribute is paid where it’s due. At a microeconomic level, it also means an individual or business’ creative efforts are more fruitful.

Protecting the intellectual property (IP) generated in this industry not only means that tribute is paid where it’s due. At a microeconomic level, it also means an individual or business’ creative efforts are more fruitful.

Recognition and royalties wired back to creators contribute to Colombia’s GDP and promotes Colombia on the world stage. Higher incomes for ‘creatives’ (entities working in the orange economy) thus make investment into cultural infrastructure and commerce more worthwhile.

President Duque’s push to formalize the sector could spark nervousness among creatives about the potential for red tape to restrict artistic endeavours.

However, a tax reform implemented in January 2019 hopes to ease creatives into the concept of orange economy regulation. Colombia now offers tax incentives to encourage ‘orange’ business growth, including:

To be eligible for these benefits, the business must:

This process comes with a compliance cost. The government requires companies to invest approximately US$46,000 within a period of 3 taxable years.

The Orange Economy Committee of the Ministry of Culture is the responsible authority for reviewing proposed investment projects.

A 2003 Film Law, and Law 1556 2012 offer tax benefits and rebates of up to 40% of investment into films partially or fully produced in Colombia. For film services related to audio-visual production, the reimbursement rate is 40%. Film logistic services – such as accommodation, food and transport – enjoy a rebate of 20% of total expenditure.

These benefits apply to producers investing a minimum of US$470,000. As a result, Colombia has already loaned its dramatic backdrop to various blockbuster films such as Mile 22.

Various investments and contributions into the film industry flow into a fund for cinematographic development. Colombia injects this money back into the industry to support its sustainability and growth.

With government-backed initiatives to support orange economy development, creative businesses are equipped with the right support for long-term success in Colombia.

An important role in international connectivity 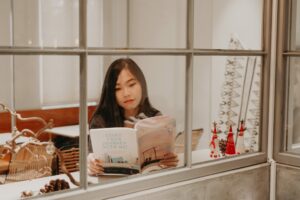 Sharing its identity through orange industry publicity will build Colombia’s cultural capital with the rest of the world.

People-to-people links are often a pillar of building relationships between countries and governments. With its distinct cultural element, orange economy businesses can play a big part in connecting people internationally. Through cultural and artistic industries, Colombia can promote its rich history and diverse communities to people and trade partners.

Sharing its identity through orange industry publicity will build Colombia’s cultural capital with the rest of the world. Connectivity between individuals and businesses in this way will, over time, foster deeper connectivity between nations.

Colombia provides ample opportunities for foreign investment and entrepreneurial activity. The country offers increasingly stabilized political and economic environments to do business in.

Regardless, anyone looking to do business in Colombia should seek local support and expertise during the expansion/formation process.

Biz Latin Hub offers local experience and a global perspective for foreign businesses in Colombia and Latin America. We provide market entry and back office services tailored to the individual needs of our clients.

Reach out to our friendly Colombia team here for personalized assistance to ensure your commercial success.