How Will the 2018 Colombian Presidential Election Affect Business? 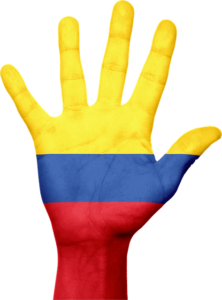 In May 2018, Colombians will take to the polls to elect their new president.

At the end of last year, we brought you an analysis of the 2017 presidential elections in Chile and it’s consequent effect on business in the country. In this article, we turn our attention to Colombia, as we enter the lead-up period to the nation’s presidential elections in May 2018. As it stands, the country finds itself in a state of disillusion with its usual political offerings. Colombia is coming out of a period of difficulty having dealt with an economic slowdown, corruption scandals and the controversial peace negotiations with the FARC. This sequence of events has left the country divided politically and has paved the way for independent candidates and those from smaller parties to make their voices heard and appeal to the electorate. Current polls in Colombia suggest that these candidates are indeed in an advantageous position; the two current leaders in public opinion are considered outsiders vis-a-vis the traditional political spheres as Colombians search for a fresh impetus.

Leading the polls currently is the left-leaning independent candidate, Sergio Fajardo. The former mayor of Medellin and former governor of Antioquia is known for his stance supporting environmental and social issues. During his term as mayor, Fajardo managed to turn the city of Medellin around through successful public spending and social investment which left him in good public standing when he left the office. If this is any indication to go by, with Fajardo as president, local and foreign businesses may see themselves operating in a more inclusive society and within a more stable infrastructure boosted by increased public spending.

The second most popular candidate is socialist Gustavo Petro who is also running as an independent. He is the former mayor of Bogotá and also a former M-19 guerrilla, known for his strong leftist views. With regard to business, trade may not be at the top of his list of priorities, however, he has consistently been a vocal opponent of the corruption that has held Colombia back for so long. If Petro wins the presidency, he may well push forward a strong anti-corruption initiative which in turn would encourage more FDI in the country.

Trailing in third place is German Vargas. Out of the 3 leading candidates, Vargas is the most traditional politician and as a conservative provides an alternative to the two above. He has previous experience in government roles, including in various ministerial positions and was also promoted to vice-president under the current Santos administration. As vice-president, he was responsible for dealing with major infrastructure projects and improving Colombia’s international competitiveness. He can be seen as the most typically business-friendly candidate.

With such a shake-up in Colombian politics, much is up for debate as to the likely outcome of the upcoming elections. One certainty, however, is that whoever does take over the reins will be presented with an opportunity to unite Colombians and lead the country into more prosperous times.

Economic Prospects for Colombia in 2018 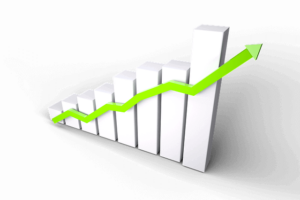 The World Bank predicts accelerated growth for Colombia in the next few years.

In fact, regardless of which candidate becomes president, prospects are looking up for the country and its economy in the coming years. The World Bank has predicted GDP to grow by 2.9% in 2018 (up from 1.7% in 2017) with that number rising to 3.4% in their predictions for 2019 and 2020.

It further explains its optimism for Colombia in its “Global Economic Prospects” report:

“Growth in Colombia is expected to pick up through the forecast period as moderating inflation supports private consumption, export growth recovers on rising oil prices, the 4G road infrastructure program is executed, and structural reforms to enhance competitiveness and foster diversification are implemented.”

This positive economic outlook is not restricted to Colombia; the Latin American region as a whole is expected to recover well over the coming years.

Undoubtedly, this is good news for Colombians and, although Colombia is not without its problems, the new president will take office in a much more optimistic economic climate.

Consequently, this is also good news for investors or those looking to expand their business abroad and branch out to this dynamic and fast developing part of the world.

Watch this video to learn more about why you should invest in Colombia!