Why Due Diligence Matters in Latin America 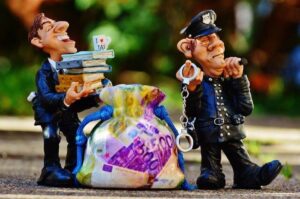 From the tip of South America in Argentina, all the way through to Mexico, corruption and bribery have long been of huge concern for Latin Americans. Recent whistle-blower reforms in Argentina, the public denouncement of football match fixing in El Salvador and increases in tax revenues in Mexico are all examples of how Latin America is starting to crack down on the culture of corruption. Despite recent improvements and reforms across countries such as Mexico, Argentina, and Brazil, the corruption has deep roots spanning the entire region- especially prevalent in government, corporations and law enforcement agencies. This article will outline why corruption is hard to get rid of in Latin America and where some of that corruption lies, but more importantly, it will highlight why due diligence is vital for business success in Latin America.

Due Diligence – The Need for More Whistle Blowers in Latin America

Among corrupt officials, tax evasion and corporate bribery, local communities need to start being more proactive in decreasing corruption. With much of the corruption occurring on a corporate and government level, it is no surprise that whistle-blowers are not taken seriously. The influential power these organisations make it difficult for regular citizens to play a part in tipping off corruptive acts in their countries. The stigma and social pressures against whistle-blowing keep corruption deeply entrenched in the culture of Latin America.

However, despite the lack of urgency, change is occurring in policy in order to mitigate Latin American society. This can be seen through Argentina’s extended protection and benefits for people who flag corruption as well as through Mexico’s implementation of the General Law on Administrative Accountability. In addition, Brazil saw an increase in tip-offs of 50% between 2014-2015, demonstrating a cultural shift away from the acceptance of corruption and bribery.

While these regulatory changes are a step in the right direction, these countries continue to see corruption take place in all levels of society. Its trickle-down effect can be seen in businesses large and small. This is why looking into due diligence should be a core business focus to ensure all business operations are financially viable as well as to safeguard the reputation of the business.

Tax evasion and corruption are on opposite ends of the spectrum in Latin America. In 2015, tax evasion in Latin America was worth US$340 billion. This shocking statistic highlights the need for serious reforms across the 20+ countries and territories forming Latin America. Tax evasion obstructs progressive development in much needed areas like public transportation, quality health services, and infrastructure.

A high level of informal work combined with low personal income tax (1.6% of GDP in Latin America in comparison to 10.7% of GDP in the EU) reduces the amount of money available to the government for public services.

Companies who commence operations with local partners or distributors often find themselves in trouble because they were not aware of previous transactions taken by those who they chose to do business with (legal or illegal). Participating in a takeover in Latin America might mean acquiring more than you have bargained for and can lead to losses that could have been prevented. 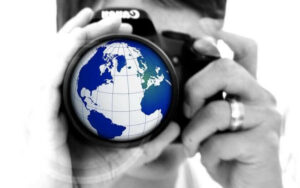 The future of Latin America is sitting on a knife’s edge. For every improvement or regulatory change countering the cultural embedment of corruption, we find examples of individuals and organisations counteracting this progress. There is no doubt of the huge potential for investment in Latin America whether it be through a company formation or international trade, however, one needs to be aware of the risks in doing business in Latin America due to the high levels of corruption and theft that plagues the region.

Contact us today to discuss how we can support you.