Popularity and reliance on electromobility and electric vehicles is increasing among developed nations looking to cut down on transportation emissions. As global pollution worsens, governments are recognizing the importance of electric transportation. Moreover, businesses, innovators, and investors foresee the demand and success of the industry and are fueling it with countless dollars and research and development. Ultimately, countries are collectively facing a paradigm shift in the world of transportation.

As a recently emerging player in the game, Colombia has enormous opportunity and changes coming its way. Generally, in Latin America, electric vehicles and transportation is an untapped market. Few countries have invested resources into the industry, and even fewer have adopted comprehensive integration plans for 100% electric transportation in the future. A potential leader within the region’s electromobility sector, Colombia can collaborate with its partners to serve as a positive example of future opportunities in Latin America. 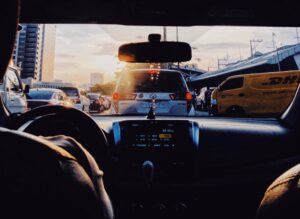 Historically, Colombia struggles with transportation fluidity and pollution. In 2019, the country’s capital ranked second in the world for worst congestion, and first in all of Latin America. Experts calculated that Bogota citizens spend 20% of their work day trying to get to and from work. Take 20% of every day, five days a week, and commuters are essentially spending an entire day in traffic. Ultimately, the stagnant congestion harbors an environment subject to extreme air-pollution buildup.

With so much concern and focus on environmental problems and the future of the natural world, Colombia recently outlined plans to reduce national pollution. Included in these plans are goals to lower air pollution and greenhouse gas emissions. Some of the first efforts to reduce emissions include the Pico y Placa law, which imposes driving restrictions on a weekly basis. Every other day, license plates ending in odd numbers can drive, and vice versa for those ending in even numbers.

Looking to the future, by 2040, the country hopes to have zero emissions. To help achieve this goal, the Ministry of Mines and Energy of Colombia will work to bring half a million electric vehicles to the country.

Moreover, public transportation in the country is steadily improving. Medellín is already home to Colombia’s first electric metro system. Improving both socioeconomic and environmental conditions in the country, the electric metro could make its way to Bogota as well. The government has plans to break ground on the Bogota metro in spring of 2020. his will improve traffic congestion and pollution within the city. 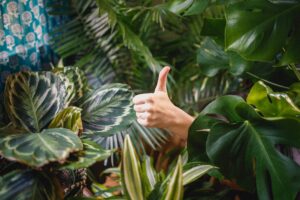 To encourage Colombians to have a ‘green thumb’ and use electric cars, the government provided a handful of economic incentives.

Growth in the industry

Colombia’s electric vehicle and electromobility sector are growing rapidly, as it is one of Latin America’s most experienced and advanced countries in the industry. Thanks to increased market penetration by electric vehicle companies, popularity and demand for the eco-friendly alternatives in the country is growing. By 2020, experts are predicting there to be at least 38 new models of electric cars available for purchase in Colombia. Moreover, market analysts found that industry sales rose 180% in 2018 alone.

Additionally, enhanced access to charging stations in country encourages electric car purchases. Recently, two Colombian electric companies, Celsia and Haceb, came together to develop the first charging station which adapts to different electric vehicle charging ports. The partnership hopes to have over 130 charging stations available in Colombia by 2020. As an industry leader in Latin America, Colombia could help launch the region’s transition to clean energy transportation.

Aside from electric cars and public transport, Latin America, especially Colombia, is seeing an invasion of electric scooters. Companies like Lime, Grin, and Movo are taking the country by storm as practical means of transportation, and also as a source of entertainment. Globally speaking, the electric scooter market should reach over US$28.56 billion by 2025, and Colombia is sure to be responsible for a large chunk of this prediction. Dense cities and traffic congestion in Latin America offer the perfect market for electric scooters. City-dwellers can avoid backed up streets and jam-packed public transport to get to where they need to be. 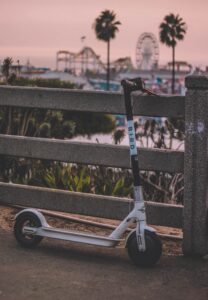 Electric scooters are the ‘green’ transport of the future, and Colombia’s market is developing.

Opportunities in the industry

Colombia is getting on-board the ‘clean energy’ bandwagon, but it needs the financial, logistical, and creative support from investors and businesses around the world. Promoting electric-based transportation will ultimately encourage motorization and fluidity within the country. With a friendlier and smoother transportation system, foreign businesses and investors are more inclined to come to the country to do business. Experts found that a stronger infrastructure system directly correlates with economic activity, as it improves overall productivity.

Although Colombia is one of Latin America’s electric transportation pioneers, the industry itself is rather well developed. This presents favorable opportunities for investors because they have a general idea of how the sector works and the ins and outs of it. However, they have a ripe, untapped market in which they can reap the economic benefits of a first-mover in the sector.

Moreover, Latin American collaboration with China, in general, is increasing. The country is well-versed in the electric transportation industry and could offer lucrative partnerships and deals to the region. Investors in Latin America should stay on the lookout for activity with China in any sector, but especially within the electric vehicle and public transport market.

The electromobility sector in Colombia, and really all of Latin America, is a ripe for investment and foreign business. Opportunities for investors and cross-connecting industries are starting to bloom, and now is the perfect time to take advantage of them.

With the help of Biz Latin Hub, you and your business could lead the transportation revolution in Latin America. Connect with our team today to learn more about the endless opportunities in this emerging industry by contacting us here.